Less than a week remains until the high school volleyball season is tipping off, and the PHS volleyball team hosted youth from around the area hoping to fine tune skills during a three-day … 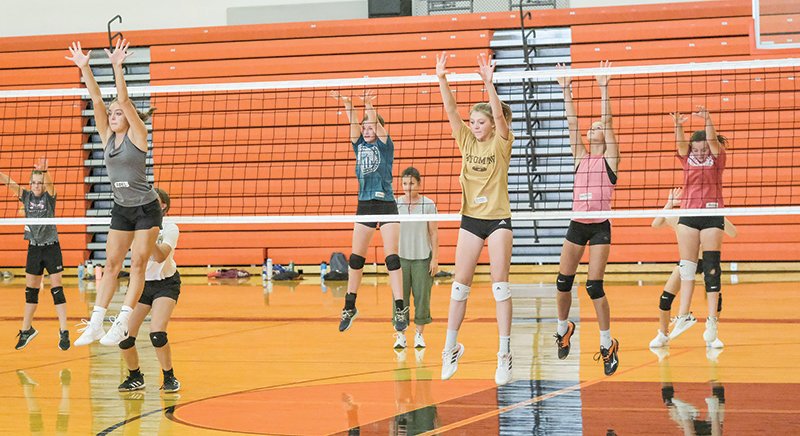 Campers jump up at the net to practice blocking alongside the high school volleyball players in front of the net during the PHS volleyball camp on Tuesday.
Tribune photos by Seth Romsa 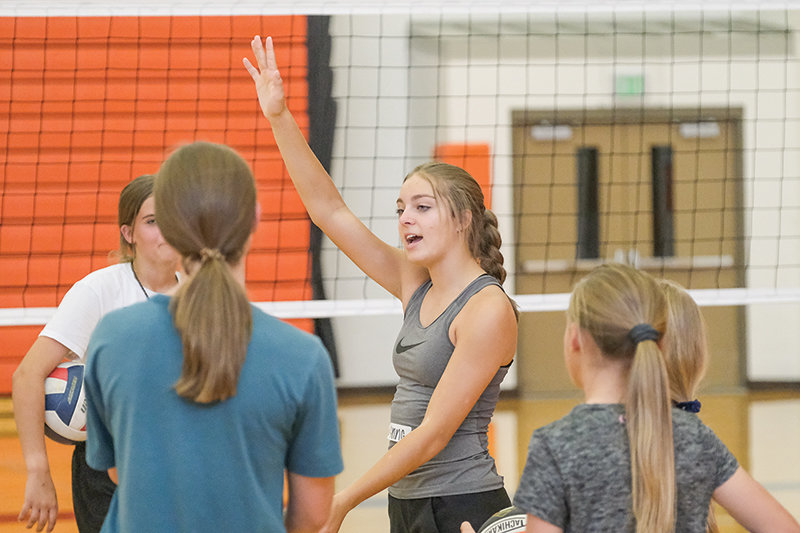 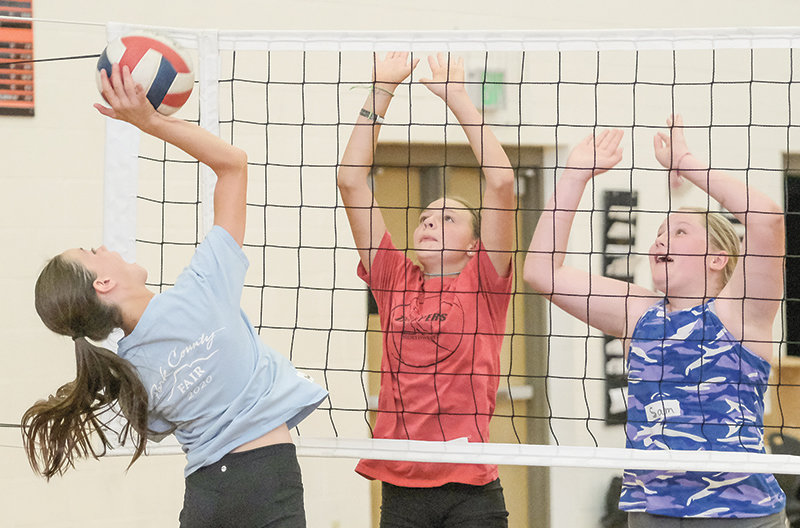 Kindyle Floy (middle) and Sam Edgell (right) go up for a block against Abigail Visocky (left) during the PHS volleyball camp on Tuesday.
Tribune photos by Seth Romsa 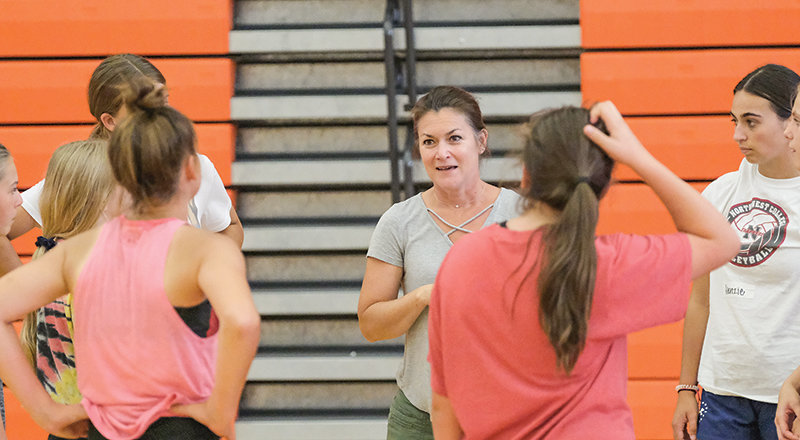 PHS volleyball coach Lesli Spencer gives advice to campgoers at the end of the evening session on Tuesday.
Tribune photos by Seth Romsa
Previous Next
Posted Thursday, August 11, 2022 8:20 am
By Seth Romsa

Less than a week remains until the high school volleyball season is tipping off, and the PHS volleyball team hosted youth from around the area hoping to fine tune skills during a three-day camp.

The camp kicked off Monday and concluded Wednesday, bringing in more than two dozen youth to the PHS gym.

She said that bringing in players at these ages helps them form habits they want to see at the high school level, and it is easier to break bad habits at a young age.

Spencer was impressed with the amount of Panther volleyball players who came out to help teach the camp, stressing the importance of them coming out to help.

“The support and admiration for the littles to see the bigs is good,” Spencer said.

Spencer said that bringing in the high school age girls is big for the program because it allows them to see the gym a week early, but also allows them to learn through coaching younger players.

“They understand what it’s like to coach, saying the same things over and over again at times or trying to relay to somebody what you want them to do and them not understanding and having to come up with different ways,” Spencer said. “It helps them be a better player when they have coaching right before, it’s huge to see how many players we have in the gym.”

The camp ran over two different sessions, hosting seventh and eighth graders in a two hour evening session, and youth below that age during a 1 1/2 hour session in the afternoon.

PHS kicks off the volleyball season on Monday, hosting two sessions a day with practices at 7 a.m. and 3:30 p.m.

Short-handed Trappers fight back in Riverton