A local woman has been ordered to serve three years of supervised probation for exploiting an elderly Meeteetse resident in 2019.

Tristen Brewer, 25, reportedly had been serving as the caretaker … 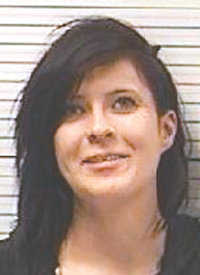 A local woman has been ordered to serve three years of supervised probation for exploiting an elderly Meeteetse resident in 2019.

Tristen Brewer, 25, reportedly had been serving as the caretaker of a 69-year-old man who, according to authorities, was unable to care for himself. However, when personnel from the Park County Sheriff’s Office and the Wyoming Department of Family Services visited the man’s home in the summer of 2019, they found him in poor health and the house in disarray. Deputies also gathered evidence indicating that Brewer had used his funds to make purchases without his permission.

As part of a deal with prosecutors, Brewer pleaded guilty to a felony count of exploiting a vulnerable adult, which related to the misuse of the man’s money. She also agreed to pay $656.99 in restitution.

Meanwhile, with the approval of the victim in the case, prosecutors dropped a second count, alleging Brewer had failed to provide adequate care, and stipulated to a sentence of probation.

At a Thursday sentencing hearing, both Brewer’s court-appointed defense attorney and the prosecutor said she has made significant changes in her life over the past year-and-a-half.

“Obviously this is a serious offense but … she has clearly rehabilitated herself,” said Deputy Park County Attorney Jack Hatfield. He said the offense was clearly based on Brewer’s drug use at the time — and now she is sober.

Hatfield went as far as to say that, assuming she successfully completes probation, he hopes Brewer seeks a pardon from the governor to remove the felony conviction from her record.

A probation and parole agent who compiled a pre-sentence report had explicitly concluded that Brewer was an appropriate candidate for probation and was at low-risk for reoffending — something public defender Branden Vilos called a rarity.

In representing her over the past year, Vilos personally attested that the transformation Brewer has made in her life has been “unreal.”

“‘I know that if the court provides her with this opportunity with this probation, that she will be successful,” Vilos said. “I know she will be.”

Brewer had effectively no prior criminal offenses on her record when authorities visited the Meeteetse residence in the summer of 2019. When Deputy Rob Cooke entered, he noticed the strong smell or urine, along with sticky floors, dog feces all over the basement from Brewer’s dog, a dirty stove, cluttered countertops and trash everywhere, court records say.

The Department of Family Services had visited the home multiple times over a period of several years out of concern the man wasn’t taking care of himself, including earlier in 2019. However, the man had declined any assistance until the visit on July 1. When he requested medical help, it was “a definite [change] from previous encounters,” Cooke wrote.

Authorities say the man had lost a significant amount of weight since the last visit and had little food, while his fingernails had grown so long they were growing into the palm of his hand, according to charging documents.

The man was taken to Cody Regional Health by ambulance, where he was found to be dehydrated, malnourished and suffering from bed sores. The man was subsequently admitted to the hospital, where his health improved.

Brewer reportedly told the sheriff’s office she’d been taking care of the man for roughly a year in exchange for getting a place to live. However, the man — who was unable to get up on his own — told a deputy that “he felt like she [Brewer] put him on the back burner when she got busy with other things,” charging documents say.

Beyond there being little food in the home, authorities found some of the man’s bills had gone unpaid; they also identified some unauthorized charges and learned Brewer was in charge of the man’s checkbook.

However, at a preliminary hearing in October 2019, Brewer’s then-defense attorney questioned the evidence tying her to the purchases and whether she was the one responsible for taking care of the man; at the hearing, Deputy Cooke indicated another person had been helping.

In an interview, Vilos said investigators found evidence indicating that the person — who has not been charged — used the man’s debit card without permission. In court, Vilos called it a “very complicated case,” saying there were “a lot of different factors involved.”

However, rather than go to trial, Brewer “wanted to take responsibility for her involvement in this case,” Vilos said, “and I think that speaks volumes about this.”

District Court Judge Bobbi Overfield accepted the plea deal, suspending two to four years of prison time in favor of the probation. Brewer also received credit for the month-and-a-half she served in jail following her initial arrest, while being ordered to pay $260 in court fines and fees.

While on probation, Brewer will be required to follow a lengthy list of conditions, including some related to avoiding drugs and alcohol.