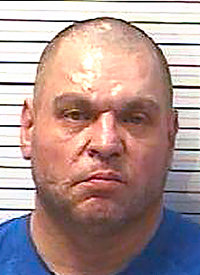 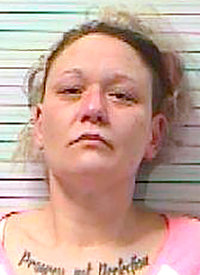 Philip Dobbins and Natosha Martin faced trouble when police found marijuana and various drug paraphernalia inside their vehicle last week. However, their situation became significantly more serious a couple days later, when a more in-depth search of their sedan turned up tens of thousands of dollars worth of methamphetamine.

Prosecutors allege the two Cody residents picked up the meth in the Denver area and planned to sell it.

“This case is going to change dramatically based upon what we discovered ...,” Deputy Park County Attorney Larry Eichele said at a Friday court hearing for Dobbins.

Martin and Dobbins, who are each facing felony charges, remained in jail Monday, with bonds set at $25,000 and $20,000, respectively.

Martin, 37, faces a count of possessing meth with intent to deliver and two counts possessing a controlled substance for a third or subsequent time (meth and marijuana). Martin argued in court on Friday that she was not a flight risk and noted she had children; she asked whether she could post a surety bond instead of the cash.

“[On] allegations of delivery of a controlled substance, specifically methamphetamine? No,” Circuit Court Judge Bruce Waters said. “It doesn’t happen.”

Meanwhile, Dobbins, 43, faces two felony counts of possessing a controlled substance for a third or subsequent time (meth and marijuana), along with a misdemeanor count of driving while under the influence of a controlled substance. He also contended in court that he was not a flight risk, saying he’d made past court dates and that his family lives in Cody.

In setting bail for Dobbins, Judge Waters noted that prosecutors may “upgrade” his charges, though, “I don’t set bond based upon what the state may or may not do, because sometimes they do [file additional charges], sometimes they don’t.”

“But the court’s certainly familiar with the history of Mr. Dobbins,” Waters said.

Cody Police Officer Blake Stinson said he was also familiar with Dobbins’ “extensive drug history” when he pulled the suspect over on March 23. Stinson made the traffic stop around 4:42 p.m., reportedly after he saw Dobbins’ 2002 Cadillac DeVille drift across a shoulder line while turning from Wyo. Highway 120 onto Lt. Childers Street.

Upon approaching the vehicle, the officer found both Dobbins and Martin inside, later writing in a sworn statement that Dobbins was “very agitated and speaking very rapidly.”

“I have contact[ed] Philip numerous times on traffic stops and he appeared extreme[ly] nervous in contrast to previous encounters,” Stinson wrote.

He requested the Powell Police Department’s drug-detecting K-9, Syd, who is handled by Officer Reece McLain. Meanwhile, Stinson ran Dobbins through a series of sobriety tests, which, according to charging documents, he failed. That prompted his arrest on suspicion of DUI.

In a subsequent search of Dobbins’s Cadillac, Cody police reportedly found marijuana in various forms — including liquid THC, resin and leaf marijuana — plus a receipt for an ounce of marijuana purchased at a dispensary in the Denver area. Police also located syringes and an apparent meth pipe, among other items.

Despite multiple receipts suggesting Dobbins and Martin had been in Denver the previous day, Dobbins said he had actually been visiting his mother in Meeteetse and had not traveled to Colorado, Stinson wrote. However, after being taken into custody, Dobbins allegedly did admit to having marijuana in his system and asked for help in getting into rehab.

As for Martin, she was not taken into custody on March 23 and was allowed to leave.

However, the case changed when authorities got a chance to more thoroughly search Dobbins’ vehicle at the Cody Law Enforcement Center. Most significantly, on the front driver’s side floorboard, agents with the Wyoming Division of Criminal Investigation (DCI) found a small blanket, wrapped around a gallon-sized Ziploc bag.

“It appeared that the bag had been concealed in a void located behind a loose panel of the vehicle on the driver’s side,” DCI Special Agent Juliet Fish wrote in an affidavit.

Inside the Ziploc container, agents found 12.5 ounces of apparent methamphetamine. It’s a substantial quantity for this area, with a street value potentially surpassing $40,000.

Shortly after the agents finished their search, on the afternoon of March 25, they questioned Martin at the law enforcement center about what they’d found in the vehicle. Martin admitted traveling with Dobbins to Denver and buying marijuana, but said she got it for someone else, Fish said.

Martin initially denied knowing anything about the meth, indicating “she was afraid of being hurt or killed for talking about it,” Agent Fish wrote. However, according to the affidavit, she later acknowledged using some of the meth in the bag.

Martin has three prior misdemeanor convictions for possessing drugs that date back to 2002, court records say, while Dobbins has five, plus “numerous prior felony drug convictions,” Stinson wrote.

Both defendants are tentatively set for preliminary hearings later this week, where Judge Waters will determine whether there’s enough evidence for the cases to proceed toward a trial in district court.