In the future, managing predators like bears or sharks could include improved bear sprays that use gel, sound cannons and drones, both in the air and underwater.

The ideas were but a few mentioned … 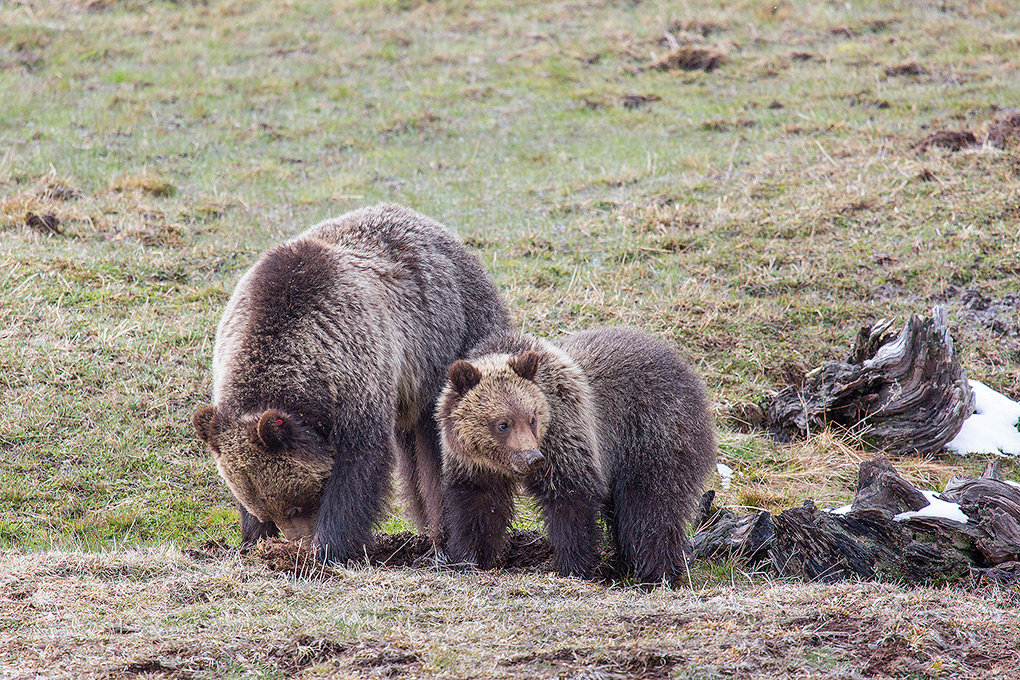 U.S. Sen. John Barrasso hopes a new $100,000 prize will inspire innovators to find new ways to resolve conflicts between predators like grizzly bears and people. Brad Hovinga, a supervisor with the Wyoming Game and Fish Department in Jackson, recently told a Senate panel that ‘although Wyoming has a host of other large carnivores, conflicts between humans and black bears, mountain lions and wolves are significantly lower than with grizzly bears.’
File photo courtesy Neal Herbert, National Park Service 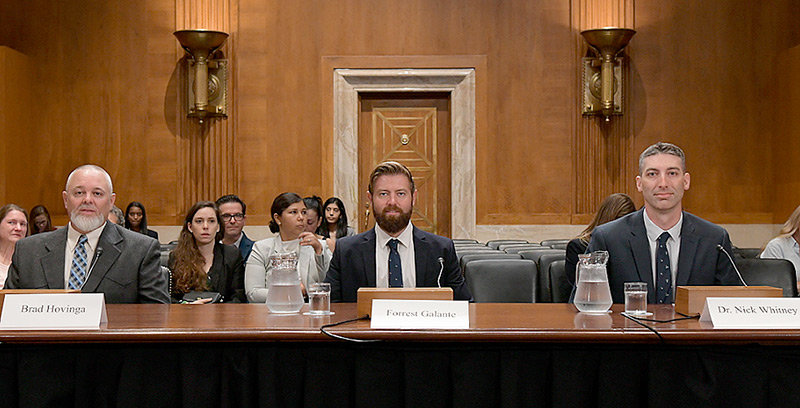 In the future, managing predators like bears or sharks could include improved bear sprays that use gel, sound cannons and drones, both in the air and underwater.

The ideas were but a few mentioned by witnesses during a U.S. Senate Committee on Environment and Public Works hearing last month. The hearing, chaired by U.S. Sen. John Barrasso, R-Wyo., was part of an effort to add predator conflict reduction technology to the list of genius prizes for the newly enacted Wildlife Longevity and Innovation Driver (WILD) Act. WILD Act prizes award innovators who help solve the nation’s most difficult wildlife and invasive species challenges.

“This bill would incentivize the development of non-lethal, innovative technologies that reduce conflict between human and wildlife predators,” Barrasso said. He cited increasing conflicts with many of the Cowboy State’s toothy critters as the driving force behind the proposal, but mainly grizzly bears. Barrasso specifically mentioned the death of a Jackson Hole guide at the hands of a grizzly last year.

Six grizzly bears have been euthanized in 2019 to date as part of conflict management actions led by the federal government, according to the U.S. Geological Survey. Bears found to be a threat to humans and livestock are often targets of lethal removal. This new proposal seeks to help find nonlethal management techniques.

Barrasso pointed out that not just hunters are at risk in Wyoming.

“In northwest Wyoming, Wapiti Elementary School near Cody had to build an 8-foot high heavy-gauge metal fence around its schoolyard to protect its students [from grizzly bears],” Barrasso said.

Hovinga helped describe the issues posed by large predators to senators from states like Indiana, where their largest predators are bobcats and coyotes.

“The management of all wildlife species in Wyoming requires striking a delicate balance between the components of the state’s economy that includes agriculture, tourism, hunting and mineral extraction. At the same time, we share management responsibility of these wildlife populations that know no boundaries with our surrounding states, as well as Yellowstone and Grand Teton national parks,” Hovinga said. “Consequently, we must all work together to manage, through communication and information sharing, these species and be the best stewards of the wildlife resource in the long run. This particularly holds true in the management of human/wildlife conflicts.”

Sharks were among the predators discussed before the committee. Last year, 66 people were attacked by sharks around the globe, including 32 in the U.S.

“Although fatalities are rare, averaging four to six per year globally, shark bites can cause lasting injuries that require multiple surgeries and years of rehabilitation for recovery,” said Whitney. “While it is important to process these incidents in the broader context of science, shark behavior, and public perception, the impact of these incidents on victims cannot be overstated.”

“Wyoming isn’t alone,” he said. “It’s not alone when it comes to grappling with human-predator conflicts.”

Alligators, mountain lions, wolves and even insects were also mentioned in the testimony.

Galante, the Animal Planet host, said he has experience managing predators on tight budgets and appreciates the efforts to reward innovators.

“Growing up in Africa, the conflict between predator and human is a daily struggle that I witnessed firsthand — from leopards stealing livestock to people actually being preyed upon by species like crocodiles, lions and more,” he said. “Unfortunately, in the long term, the predator almost always loses, as eradication has typically been the method of resolution. However, especially more recently, innovative methods of predator deterrents have begun to arise.”

Barrasso said the WILD awards were inspired by cutting-edge conservation innovations that are already in use — such as DNA analysis to identify the origin of illicit ivory supplies; thermal imaging to notify authorities of poachers; and a fish passage that automatically extracts invasive species.

“The law supports innovative efforts to conserve wildlife, to manage invasive species, and to protect some of the world’s rarest and most beloved animals,” Barrasso said.

Democratic senators Carper, Ed Markey, D-Mass., and Ben Cardin, D-Md., took the opportunity to point out the importance of continuing to fund scientific research, including climate change and protecting habitat, which have increasingly seen cuts during the Trump administration.

“Climate change affects vegetation and prey bases,” Hovinga said in a response to a question from Carper. “If climate change negatively affects food at high elevations, those bears will move.”

About one-third of conflicts with grizzly bears have occurred outside the core habitat known as the demographic monitoring area, Hovinga said. “In Wyoming, as populations of large carnivores such as grizzly bears continue to expand into human-dominated landscapes, conflicts between humans and bears will likely increase,” he said.

While pushing for innovation, Galante said understanding ecosystems and the ecology of a species — how to keep them in balance — is key to getting a grasp on human/predator conflicts. “The ultimate solution would be conservation,” Galante said.

All witnesses agreed that public outreach and awareness are still one of the most important tools going forward.