As his time as Park County’s Homeland Security Coordinator neared its end last week, Mart Knapp was busy putting up strips of foil in a subterranean room. The roughly $12,000 project — … 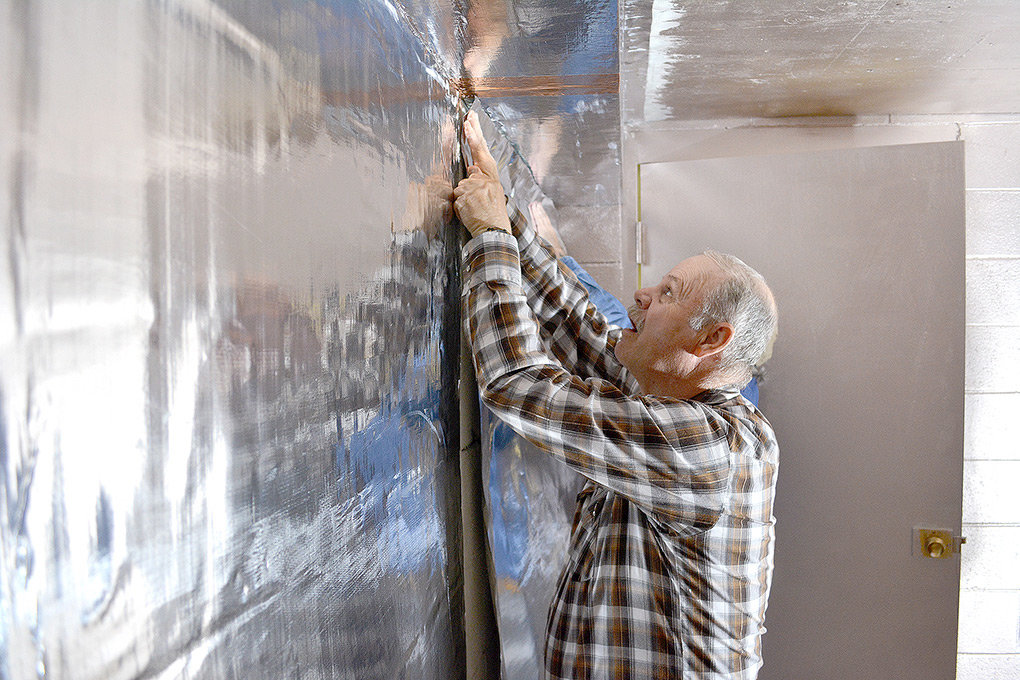 As his time as Park County’s Homeland Security Coordinator neared its end last week, Mart Knapp was busy putting up strips of foil in a subterranean room. The roughly $12,000 project — intended to shield the room from an electromagnetic pulse (EMP) or solar flare — was one of Knapp’s final efforts to help the county prepare for the worst.

As homeland security coordinator, Knapp has assisted in drawing up plans for responding to crises ranging from floods to earthquakes to extreme winter storms.

Weaponized EMPs and solar flares are a different kind of potential threat. They’re bursts of electromagnetic energy from a weapon or the sun — and they carry the potential to destroy large swaths of the country’s electric grid, communications systems and all the other things that rely on electronics.

While the idea of a post-apocalyptic America might sound far-fetched, the issue is being taken seriously at the very highest levels of government: Last month, President Donald Trump issued an executive order noting the disruptive potential of EMPs; he directed various agencies to prepare for the threat.

“The Federal Government must foster sustainable, efficient, and cost-effective approaches to improving the nation’s resilience to the effects of EMPs,” Trump wrote.

Knapp says there are many entities that could launch an attack on the U.S., ranging from North Korea, Iran, China and Russia to terrorist groups like ISIS. As for the threat posed by the sun, researchers with NASA and various universities say Earth was nearly struck by a powerful “solar superstorm” in 2012 that could have had catastrophic effects.

“It’s one of those things that it’s not if it happens,” Knapp said of an EMP. “It’s when it happens.”

That’s why he and a couple of workers from the Park County Buildings and Grounds Department were in the basement of the old Cody jail last week, covering the walls and ceiling of a windowless 16-foot long, 12-foot wide and 9-foot high room with foil inlaid with a copper-mesh; to be extra safe, Knapp had previously coated the walls with a special paint that contains aluminum and copper. Further, all lighting for the room will be battery-powered, disconnected from the grid, and the metal water line for the room’s sprinkler system has been replaced with plastic piping.

The precautionary measures are meant to prevent electromagnetic energy from reaching the subterranean room, protecting the room’s contents from any man-made or solar EMP.

Knapp expects radios, satellite phones, portable generators and other electronics to be stored in the space; outside the room, the department also has EMP-shielded cases for some of its radios.

Knapp said Park County is the only county in the state that’s been preparing for an EMP.

“My job is to be prepared for the worst case scenario,” he said last year, adding that the potential of an EMP is “very possible.”

Beyond his preparations, “in a lot of ways, … we’re going to be in better shape than places like the East Coast, West Coast, even in the Midwest, because we don’t have the amount of people,” Knapp said; he noted that the area has wild game, good water and a lot of livestock.

Although the title may suggest the position deals with issues of national security, Knapp’s position generally manages and prepares responses to local emergencies — like flooding or mudslides.

“I feel good about the stuff we’ve gotten accomplished over the years,” Knapp said last week, adding, “We’re in better shape of being able to respond or deal with stuff.”

The position has historically reported to the county commission, but commissioners recently decided it would make more sense to move the coordinator’s position under the management of the sheriff’s office. Sheriff Scott Steward said he eventually hopes to combine the coordinator’s duties with a position in his office, saving money.

The sheriff’s office is currently advertising for Knapp’s replacement.