Park County’s Public Works Department has again been hit by a rash of thefts.

Over one week in December, 10 signs, 22 traffic cones and two sign stands went missing, with other signs rotated … 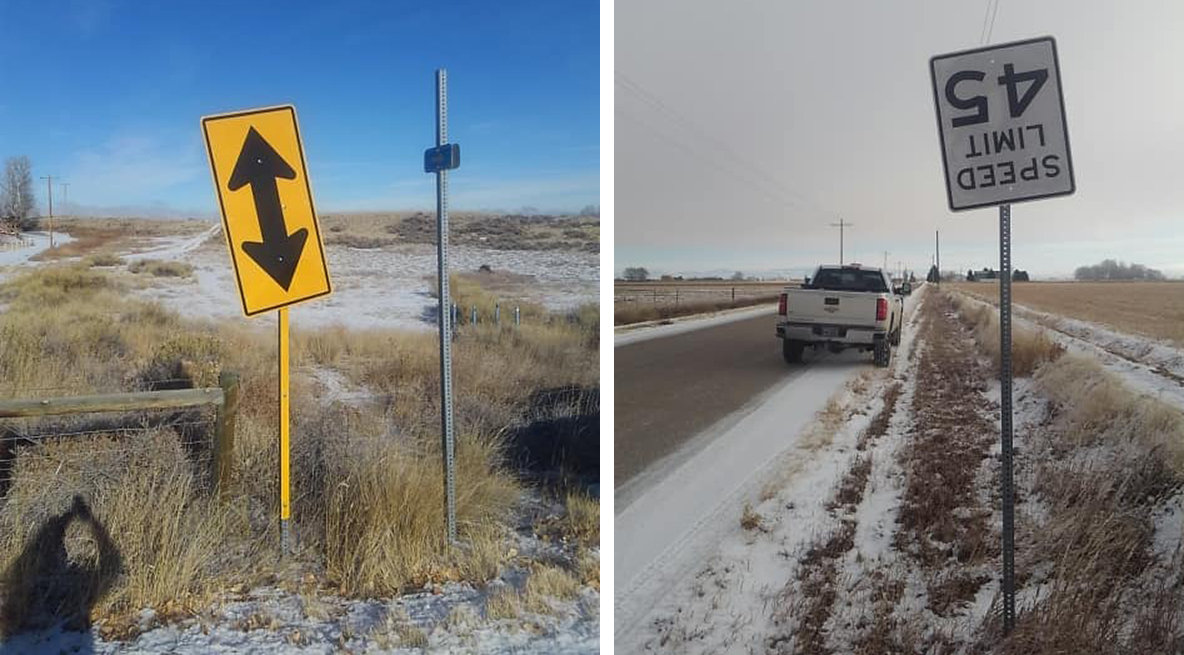 A couple signs in the Powell area were recently thrown askew; other signs and cones in the area were stolen. Park County Engineer Brian Edwards said the signs not only cost money to replace, but their absence can put drivers at risk.
Photos courtesy Park County Public Works Department
Posted Thursday, January 7, 2021 8:10 am

Park County’s Public Works Department has again been hit by a rash of thefts.

Over one week in December, 10 signs, 22 traffic cones and two sign stands went missing, with other signs rotated sideways or upside down, the department said.

He thinks some of the trouble (such as the rotated signs) can be attributed to “youth mischief.” Meanwhile, the signs that were stolen cost more than $500 to replace — and that doesn’t include the cost of having workers reinstall them, Edwards said.

In a Facebook post last month, Edwards wrote that, beyond the replacement costs, “missing traffic signs can be dangerous for motorists.”

He called the thefts “a pretty bad problem.” And it’s not a new problem, either: In the spring, roughly 16 county signs were stolen or knocked down in the Powell and Clark areas, costing the county around $800.

Most of the recent problems have come in the Powell area, Edwards said, specifically naming lanes 9, 10, 11 and 11H as targets. In the past, the department has tried placing cameras to catch thieves and vandals in the act, he said, but the crimes tend to move around.

Meanwhile, in what appeared to be an alcohol-related incident over the New Year’s holiday, Edwards said a driver wiped out a detour barricade and damaged their vehicle near a construction site in the Meeteetse area. In that case, a suspect has been identified by the Park County Sheriff’s Office.

As for the other incidents of vandalism and thefts of county road signs, anyone with information is asked to contact the sheriff’s office at 307-754-8700 or Park County Public Works at 307-754-8520.