People often talk about having a “gut feeling” when they know something is wrong. What feelings come when there is something wrong with the digestive system itself and how do you … 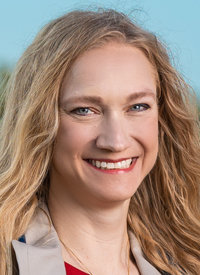 People often talk about having a “gut feeling” when they know something is wrong. What feelings come when there is something wrong with the digestive system itself and how do you differentiate between “butterflies” acting up and a serious gastrointestinal problem?

There are many different organs that can cause GI problems and may include the esophagus, stomach, the small intestine, and the large intestine.

The esophagus is the tube that connects the mouth to the stomach. The most common issue people have with the esophagus is acid reflux or “heartburn.” Reflux is a burning sensation in the chest and frequently includes a taste of acid in the back of the throat. Occasional heartburn can be a nuisance, but chronic heartburn can lead to damage to the cells in the esophagus and cause them to change in appearance. This change makes them more likely to develop into cancer over time.

A common stomach issue is ulcers, or an erosion of the lining of the stomach. Ulcers are painful and the pain worsens after eating due to stomach acid being released during digestion. Ulcers are often caused by the bacteria H. Pylori that your doctor can test for.

The colon or large intestine can suffer from irritable bowel syndrome. Irritable Bowel Syndrome (IBS) is not fully understood but is thought to be at least partially caused by an abnormality in the brain-gut interaction. It can lead to diarrhea, constipation, or a mixture of both. It also causes cramps, bloating, excessive gas, and abdominal pain. Another large intestinal issue is Diverticulitis which results when “pockets” in the colon called diverticula become inflamed and infected. Often individuals with Diverticulitis have left lower abdominal pain, fever, nausea and vomiting.

As you can see there can be many different complex conditions that can cause your gut to give you “feelings” and many of these conditions have overlapping signs and symptoms. If you have any concerns regarding your gastrointestinal tract, you should talk to your primary care doctor. They can help direct you for further testing which may include a referral to a gastroenterologist or surgeon. Most importantly, remember to listen to what your gut is telling you so you can start feeling better soon.

(Jill Kruse, D.O. is part of The Prairie Doc® team of physicians and currently practices as a hospitalist in Brookings, South Dakota. Follow The Prairie Doc® at www.prairiedoc.org and on Facebook featuring On Call with the Prairie Doc®, a medical Q&A show providing health information based on science, built on trust,  streaming live on Facebook most Thursdays at 7 p.m. central.)