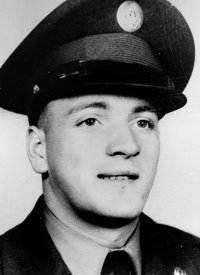 He was born in Catawba, Wisconsin, on Jan. 19, 1931, the third child of Gustav and Sophie Menning. Clem attended school in Price County, Wisconsin, and upon completing school joined the National Guard. In December 1949 he transferred to the regular Army and served during the Korean Conflict. He was honorably discharged on Feb. 19, 1953.

Clem returned to Wisconsin and worked in management at several different Chevrolet dealerships around the state, most notable was 17 years as general manager of Holz Motors in Hales Corner, Wisconsin. He accepted a position at Chopping Chevrolet in Riverton, Wyoming, and later moved to Powell, where he was employed by Brodrick Chevrolet. He retired from Clem’s Texaco around 2003.

Clarence was preceded in death by his parents; brothers, Bob and Ted, and sisters, Sophie and Laverne.

He is survived by his children: Phil (Tressie) Menning, Jerry (Lana) Menning. Susan (Gerry) Turbin and Rick (Cindy) Menning. He is also survived by his spouse, Donna, and her children: Lynn (Jenya) Lamb, Larry (Carol) Lamb, Lyle (Theresa) Lamb and Lance (Shawna) Lamb. Clem’s surviving siblings include Mildred, Helen, Marion, Violet, Adeline, Kenneth, Lawrence and Herman. There are too many grandchildren and great-grandchildren to mention.

Funeral arrangements are pending. Smith Funeral Chapel in Billings is in charge of arrangements. Instead of flowers, please donate to the charity of your choice.