Following Tuesday night’s news that COVID-19 is in Park County, local daycares should close immediately and all non-essential businesses should shut their doors, the county’s health … 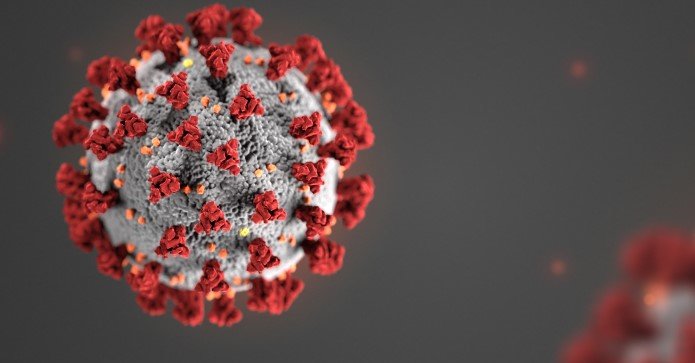 With the new coronavirus now confirmed to be in Park County, health officials are urging new precautions -- including calling on non-essential businesses to close their doors.
Image courtesy Centers for Disease Control
Posted Wednesday, March 18, 2020 9:56 am
By CJ Baker

Following Tuesday night’s news that COVID-19 is in Park County, local daycares should close immediately and all non-essential businesses should shut their doors, the county’s health officer said.

“If your business sells books, flowers, cuts people’s hair, this is a good time to close your business, take a staycation, go home, do some reading, some spring cleaning — spending time in the outdoors is absolutely fine right now,” Dr. Aaron Billin said in a Wednesday morning appearance on KODI-AM’s Daybreak program.
While Billin has not yet been able to issue an official public health order imposing any new rules, “I am asking people to do the right thing,” he said, “If you are not involved in essential service … it’s a good time to take a break and stay home.”

Billin’s examples of essential businesses included healthcare, law enforcement, those that deliver essential foods — like grocery stores and co-ops — and energy and communications providers; people in those services especially need to take steps to stay healthy so they remain available, he said.

In his remarks on KODI, Billin indicated it would be a good idea for restaurants to offer only take-out or drive-through service. Three nearby counties — Teton County in Wyoming and Yellowstone and Carbon counties in Montana — have already imposed restrictions on businesses and Billin said Park County should take similar precautions.

He also specifically cited a need for group daycare operations to shut down to help curb the spread of the new coronavirus in Park County.

“If we’re going to take kids out of school, why would we let children of a slightly younger age continue to congregate — especially when [we] know that they shed this virus for prolonged periods of time?” Billin said on KODI, saying that “all group daycare must stop.”

K-12 schools in Powell and Cody and the Northwest College campus have all been closed until at least April 6, being among many disruptions to everyday life in Park County and across the country. President Donald Trump has announced a nationwide campaign of “15 days to slow the spread.” During the two-week period, health officials will continue to evaluate whether restrictions need to be extended beyond that point.

“The public needs to buy into this, needs to get serious,” Billin said on KODI.
The doctor recommended holding only essential gatherings, as part of an effort to maximize “social distancing.” Residents are being urged to stay at least 6 feet away from others as a general rule.

Taking action now, Billin said, can help many people “downstream,” by limiting the number of exposures and preventing infections from continuing to grow exponentially. He and City of Cody Mayor Matt Hall noted that Park County is well-situated for social distancing given its rural nature.

“I think that we need to also pause a little bit and remember that we’re all in it together,” Hall said on KODI; Billin said people should continue to help others, then return home.

“You need to take care of your family, be aware of your friends, neighbors and family that may need help,” he said, noting that people in the community have volunteered to go pick up groceries and fill prescriptions for shut-ins and the elderly.

The social distancing recommendations are on top of more routine cold and flu season precautions, such as thoroughly washing and/or sanitizing hands, covering coughs and sneezes, cleaning frequently touched surfaces with disinfectants and always staying home while sick.

They’re all part of an effort to curb the spread of COVID-19, which has infected more than 200,000 people across the world and caused some 8,000 deaths, Billin said Wednesday. Wyoming’s first case was reported last week, and there are now 15 confirmed cases in the state; four new cases were announced Tuesday night — including one involving a Cody woman who’d been treated at Cody Regional Health, public health officials have said. She is in isolation at home.

Most people who become infected with COVID-19 suffer a relatively mild illness and recover on their own. However, up to 20% of patients may require hospitalization and it can prove deadly to a small percentage of the population, with the elderly and those with chronic illnesses particularly vulnerable. Part of the concern is that initial data indicates the disease spread more quickly and is more deadly than the flu, which infects tens of millions of people in the U.S. each year.

Symptoms from COVID-19 include fever, cough and shortness of breath — which Billin said can make it difficult to distinguish from the common cold. Further, with the number of tests limited, only those who meet certain CDC criteria have qualified for testing.

With an incubation period of two to 14 days, “people could have been infected 14 days ago and just start showing symptoms now,” Billin said on KODI. “We suspect it's been in Park County for at least a couple weeks. We've just had a first diagnosed case.”