A nearly month-long break from action led to ice cold shooting as the Trapper men dropped their final non-region action against Miles Community College (MCC) 78-73 at home on Friday. 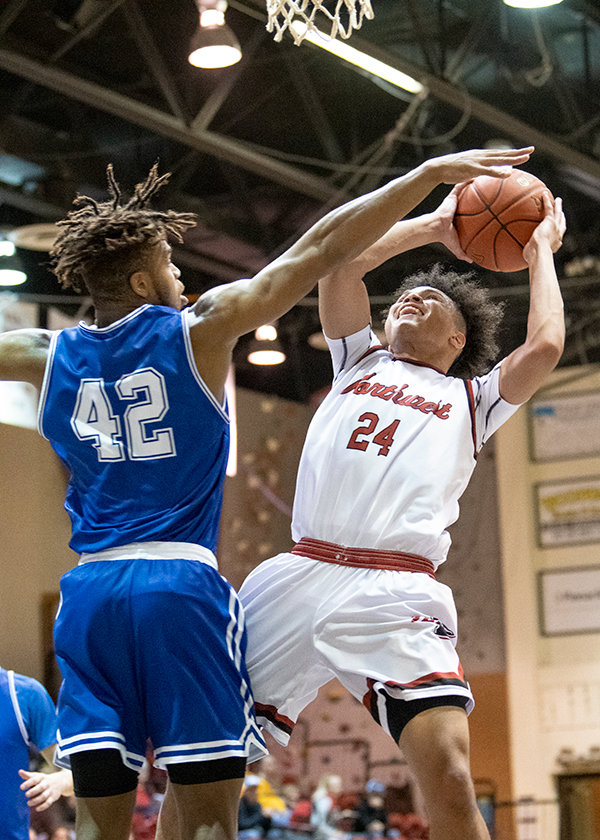 A nearly month-long break from action led to ice cold shooting as the Trapper men dropped their final non-region action against Miles Community College (MCC) 78-73 at home on Friday.

Both teams struggled early; the Trappers trailed 11-9 after a Juan Pablo Camargo basket with 16:46 remaining.

Over the next six minutes, the Pioneers built a nine-point lead as the Trappers continued to struggle with the zone.

“I don’t think we were disciplined on either end of the floor,” Trapper head coach Jay Collins said.

Trailing most of the first half, NWC took its first lead of the game at 26-25 on a Zane Langrehr 3-pointer with 7:39 remaining.

Despite an 8-2 run and a four-point lead for Northwest, MCC continued to sit in a zone and challenged the Trappers to shoot from the arc.

The two teams exchanged baskets the rest of the half with MCC leading 38-37 at halftime.

After shooting only 4-of-19 from 3-point range in the first half, the second half did not get any easier for the Trappers.

Northwest started the second half on a 8-4 run in just over two minutes. MCC responded, and the two teams exchanged baskets; neither team led by more than four points for a majority of the second half, until the Trappers took a 69-62 lead with 5:12 remaining.

A 9-2 run by the Pioneers tied the game at 71, however, as the Trappers missed four shots — including three attempts from 3-point range — in 2:30.

“They sat in a zone the whole game and we just could not hit any of the 38 3-pointers we attempted,” Collins said. “We allowed them to bait us into too many 3-pointers.”

Despite continuing to miss shots, a pair of Gabriel Gutierrez free throws put the Trappers up 73-71 until the final minute of the game.

The NWC lead was lost after a missed 3-pointer with 1:03 remaining; in hindsight, Collins said he should have pulled the ball out and ran clock as opposed to getting up a quick shot.

“I feel like we gave that one away,” Collins said.

Now that the non-region schedule is finished, the Trappers kicked off their Region IX North schedule Wednesday night at Casper College.

The Trappers will return home on Saturday to take on Eastern Wyoming at 4 p.m. as they try to make a run at a Region IX title.