Your citizen legislature convened in mid-February with a mountain of priorities to deliver in a finite amount of time. This was no ordinary Budget Session. Redistricting, the biennial budget, … 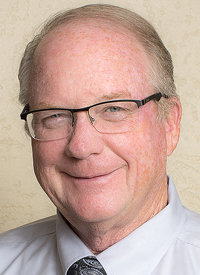 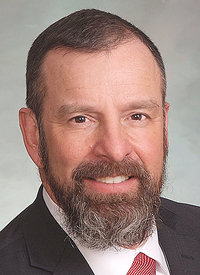 Your citizen legislature convened in mid-February with a mountain of priorities to deliver in a finite amount of time. This was no ordinary Budget Session. Redistricting, the biennial budget, American Rescue Plan Act (ARPA) allocations, local government funding and capital construction project planning were just a few of the complex topics the Wyoming Legislature heard over a compressed 20-day schedule. As presiding officers, we are pleased to say the Wyoming Legislature fulfilled its responsibilities and completed the work it set out to do over the 66th Budget Session.

After months of interim meetings hosted all over the state, the pre-legislative session efforts culminated into 20 short days to work 279 total bills and resolutions. In a Budget Session like this one, it requires a two-thirds majority vote to introduce a bill, which is a high bar. The primary budget bill and the redistricting bill are constitutionally exempted from this super majority vote for introduction. At times, debate on the bills was robust but that is expected and welcomed as each legislator represents their local communities and constituencies across the state.

While unique perspectives from every corner of the state are weighed in the Legislature, the priorities of a lean balanced budget are shared. In the 2023-24 budget, the Legislature delivered a conservative, general fund budget of approximately $2.873 billion which provides for essential, core services in Wyoming communities and includes $227 million of appropriations for direct, long-term savings. In terms of the generally funded operations of the government, this is the lowest budget passed in more than 10 years.

As the budget reflects a vision of efficient and responsive government services being provided to Wyoming citizens today, the strategic investments the governor and the Legislature are making with ARPA dollars position Wyoming for the future.

More than $385 million in one-time ARPA funds focus on top-line priorities. These one-time dollars were directed toward workforce development initiatives which will fund education institutions throughout the state to better equip Wyoming workers with the skills they need and businesses with the talent required to prosper.

Further, within the workforce category, special focus was placed on health care workforce retention and developing future generations of health care practitioners. Another area of concentration for one-time ARPA dollars was repairing and building Wyoming’s infrastructure. Grant programs for cities, towns, counties, special districts and tribal governments will be developed to address infrastructure needs like broadband connectivity, and for repair or new water and sewer projects and other initiatives.

Additionally, the governor and the Legislature allocated federal ARPA dollars for purposes of revenue replacement, as permitted by federal guidance. This allowed the Legislature to resolve long-standing issues previously not possible to undertake due to funding shortfalls, like making the firefighter’s Firemen A pension plan whole (which was slated to go bankrupt in 2027), one-time capital construction, supplemental water development in the form of dam construction and rehabilitation, energy research and the aforementioned long-term savings.

Thoughtful investments for Wyoming’s future was the guiding principle of the key brick and mortar construction projects funded under the Legislature’s investment in capital construction. These projects are critical to Wyoming’s school districts, communities, and the state. In total, the Legislature allocated $343 million for the improvement and construction of state and school district facilities. This includes maintenance of the Capitol building, appropriations for the Wyoming National Guard’s Camp Guernsey, the Veterans Home, the Territorial Prison, the Riverton Fire Academy and school district facilities throughout the state.

Further strengthening Wyoming’s communities are key local government funding bills. These measures fund municipalities and counties in our state. Nearly $250 million was appropriated, in total, from the standard budget, ARPA one-time dollars, and from several individual bills that set aside money specifically for county and local governments projects. These local governments know how to spend this money to best benefit their citizens.

Ensuring the voices of Wyoming’s cities, towns and communities are heard and carried to the halls of the Capitol demonstrates why the issue of redistricting has been a major area of focus. The final plan was the result of months of meetings in nearly every county of the state to gather feedback, close consultation with Wyoming’s county clerks, robust debate and discussion and multiple conference committee meetings. The completed mapmaking product resulted in 62 representatives and 31 senators, an increase of three total seats. The map developed preserves rural perspectives and keeps communities whole while maintaining equitable representation.

We are indeed privileged as the good work continues. We encourage you to discuss the efforts of the 66th Budget Session with your representative and senator as they return home to their districts.

(Rep. Eric Barlow, R-Gillette, is the speaker of the Wyoming House of Representatives. Sen. Dan Dockstader, R-Afton, is the president of the Wyoming Senate.)