The gray wolf population in Yellowstone National Park has dropped to about 80 wolves, officials say — less than half of the high population mark in the park. 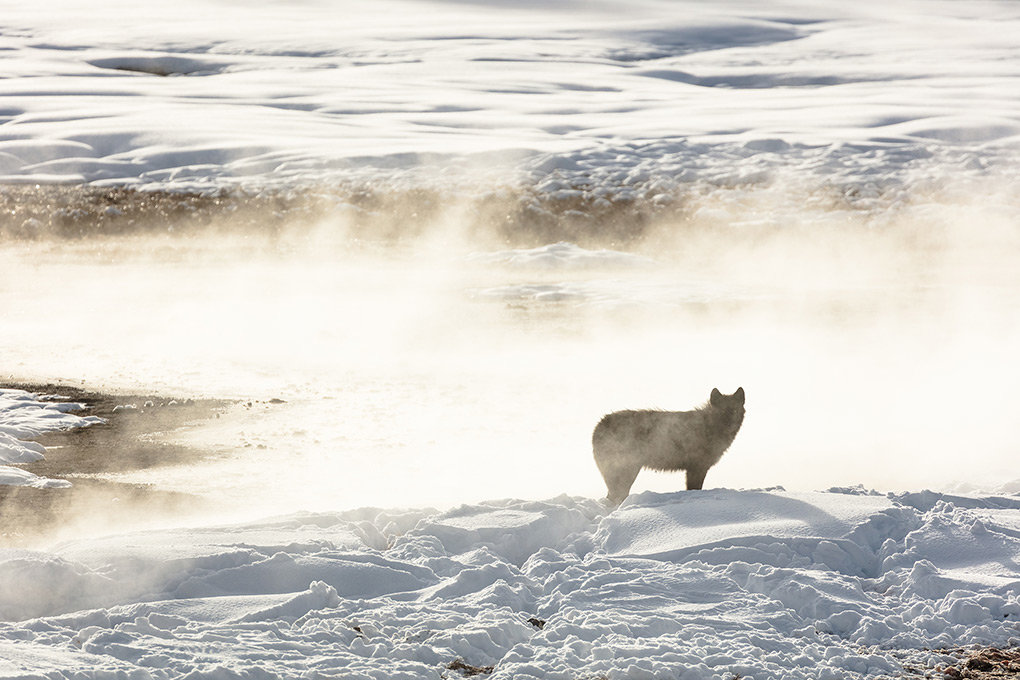 The gray wolf population in Yellowstone National Park has dropped to about 80 wolves, officials say — less than half of the high population mark in the park.

While Yellowstone leaders won’t have an accurate count until the fall after surviving pups are visible, the park’s top biologist doesn’t expect numbers to rise dramatically after litters are included in population estimates.

“Unfortunately, many of them die. Gray pup survival is about 7 percent,” Doug Smith, long-time project leader for the Wolf Restoration Project in Yellowstone, said in a Wednesday video broadcast on the park’s Facebook page.

“Eighty wolves is kind of a drop from what we had,” Smith said, noting that Yellowstone had as many as 174 wolves in the park back in 2003.

Numbers leveled off in 2008 at about 100 individuals in the park, but have since dropped; Smith largely blamed outbreaks of disease — including distemper, mange and the parvo virus — and packs moving out of the park for the decline.

Smith said the leading cause of natural mortality is wolves killing wolves.

Wolves in the park have about an 80 percent chance surviving through a given year, Smith said, and the species typically only lives five to six years in the park’s wilderness. He said a 20 percent mortality rate is high, but typical of wolf ecology.

“They were built to endure mortality,” Smith said. “They have a high turnover rate; they deal with death.”

There are about 250 wolves still in the wild outside Yellowstone in Wyoming, according to Wyoming Game and Fish Department estimates.

Smith said his staff is working to avoid any unnecessary mortality to individuals in packs inside Yellowstone.

“The rules change when wolves leave the park,” he said. “The task of large carnivore biologists inside the park is preservation of the species. But once a wolf wanders beyond the invisible boundaries of the park, the treatment of wolves then changes to conservation.”

Wyoming’s second hunting season recently ended with hunters unable to fill a 58-wolf quota, even with an expanded season. Wolves that venture outside the northwestern corner of the state are not counted toward population estimates and can be killed without limit year round. More than 80 wolves were killed by hunters last year between the northwestern trophy zone and the so-called predator zone.

Approximately another 50 wolves were lethally removed by the Game and Fish and USDA Wildlife Services trappers in conflict management last year.

Smith suggested that only a few wolves from Yellowstone packs are killed in hunts near park boundaries, but he said the harvest of the wrong individual can upset pack dynamics. Yellowstone biologists are studying the effects of hunting in conjunction with other national parks — including Grand Teton and Denali. That’s part of an effort to preserve not just a secure population, but social structure.

“If you lose the wrong individual at the wrong time, it can destabilize the pack dynamics,” Smith said.

As he took questions on Facebook Live, Smith disputed complaints that the wrong wolves were reintroduced into Yellowstone. Some take issue with the fact that the animals brought to the park were the subspecies canis lupus occidentalis (the northwestern or Canadian wolf) instead of Canis lupus irremotus (the northern Rocky Mountain wolf).

“A lot of people that don’t like [wolves] emphasize the word Canadian,” Smith said. “These wolves are a whiskers difference than the wolves that were here.”

Smith said all wolves can interbreed and there is very little geography that can isolate wolf subspecies, saying they should all be called “North American wolves.” He did say that wolves are smaller in the south than the north, and that the wolves reintroduced in Yellowstone were latitudinally different from wolves that previously lived in Wyoming. However, he said the difference wasn’t significant enough to make a difference.

Smith also defended the reintroduction and pointed to the species popularity with most visitors to the region.

“Wolves are one of the top attractions in Yellowstone,” he said. “And it’s one of the best places in the world to view wolves.”