Why skunks smell so bad

Skunks are small, but they can be smelly!

The reason skunks smell bad is because of a gland under their tail that produces and sprays their stink. The stinky spray is an oily liquid primarily made …

Why skunks smell so bad 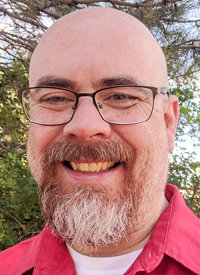 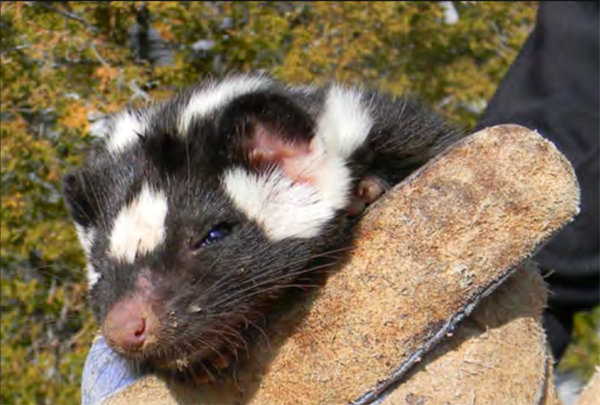 Spotted skunks like the one pictured here are much smaller than striped skunks and have distinct markings consisting of many white patches on a black background. However, just like their striped counterparts, they can deploy a powerful, stinky spray.
Photo courtesy Wyoming Game and Fish Department
By Zack Walker

Skunks are small, but they can be smelly!

The reason skunks smell bad is because of a gland under their tail that produces and sprays their stink. The stinky spray is an oily liquid primarily made up of a substance called thiols, with a sulfur component that is the earmark of the signature skunk odor. A skunk’s smell is hard to get rid of because compounds within the skunk’s oil interact with water, reactivating the odor, so it can bring up the smell again even if you think it’s gone.

Skunks are born with the ability to make and spray thiols from birth. The spray is a defense mechanism — so they will spray if they are surprised or feel threatened. Skunks will often give warning signs that they might spray, like stamping their feet or flicking their tail. Spotted skunks can even do a handstand while spraying!

(Zack Walker is the statewide nongame bird and mammal program supervisor for the Wyoming Game and Fish Department. This piece was a part of the department’s ongoing ‘Ask Game and Fish’ series, which is accessible online at wgfd.wyo.gov/Ask-Game-and-Fish-Archive.)

Things I never want to do again

May happenings at the Powell Library

Teach your children well, with purpose