Trump says he will ‘soon’ endorse a Cheney challenger

Former President Donald Trump says he will “soon” endorse someone to run against U.S. Rep. Liz Cheney in next year’s Republican primary election, saying it’s important to have …

Trump says he will ‘soon’ endorse a Cheney challenger 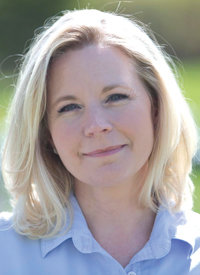 Former President Donald Trump says he will “soon” endorse someone to run against U.S. Rep. Liz Cheney in next year’s Republican primary election, saying it’s important to have only a single candidate opposing her.

“... so many people are looking to run against Crazy Liz Cheney — but we only want one,” Trump said in a Wednesday evening statement. “She is so far down in Wyoming polls that the only way she can win is numerous candidates running against her and splitting the vote. Hopefully, that won’t happen.”

Trump has repeatedly criticized Wyoming’s lone member of the U.S. House, particularly after she voted to impeach him in January. After supporters of the president and others stormed the U.S. Capitol on Jan. 6, Cheney charged that Trump had “summoned this mob, assembled the mob and lit the flame of this attack.”

“Everything that followed was his doing,” she said.

Cheney’s vote to impeach the president outraged numerous Republican Party leaders around Wyoming, with the Park County Republican Party being among those to censure her. Cheney, however, has not backed down.

For instance, when asked about Trump in late February, she told reporters that, “Following the events of Jan. 6, I don’t believe that he should be playing a role in the future of the party or the country.”

Cheney didn’t show any change of heart during a Wednesday appearance on Fox News, either.

“If Donald Trump were the 2024 nominee, would you support him?” asked host Neil Cavuto.

“I would not,” Cheney said, shaking her head.

Trump’s statement followed a few hours later, and he took another shot at “the incompetent Liz Cheney” on Thursday.

The former president, who received about 70% of the Wyoming vote last fall, has been calling for a challenger to Cheney for months. Trump’s political action committee, Save America, commissioned a poll in January that suggested Cheney was trailing both Sen. Bouchard and Rep. Gray in theoretical head-to-head matchups. However, there has been concern among Cheney opponents that, if the field gets too crowded, the well-known congresswoman will emerge on top. She won by 17 points in a stacked nine-way primary in 2016 and has faced no significant Republican challenges in the two elections since. Cheney received roughly 68.6% of the vote in the 2020 general election.

Last month, the former president’s son, Donald Trump Jr., urged Wyoming lawmakers to create a runoff election system that would require candidates to win more than 50% of the primary vote to advance to the general election. However, the bill — which had been in the works well before Cheney became a focal point — ultimately failed.

Meanwhile, Cheney announced Wednesday that she raised $1.54 million in the first three months of the year — the best quarter of her political career.

“If Wyoming Congresswoman Liz Cheney had a rough start to 2021, it sure wasn’t reflected in fundraising,” wrote Cowboy State Daily co-founder Jimmy Orr, adding that more than $1 million came from individual donors.