In the three-way battle to represent House District 24, state Rep. Sandy Newsome, R-Cody, had raised significantly more funds than her two competitors as of last week, thanks to … 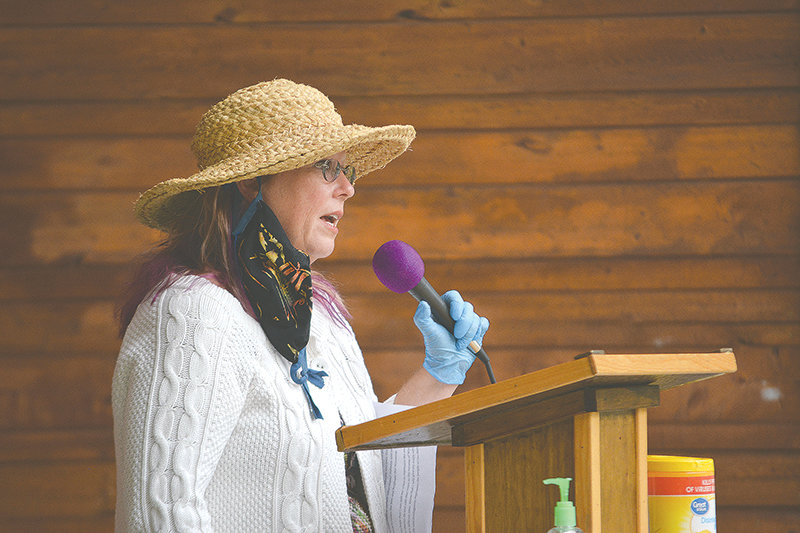 In the three-way battle to represent House District 24, state Rep. Sandy Newsome, R-Cody, had raised significantly more funds than her two competitors as of last week, thanks to donations from outside the area. Meanwhile, former Hot Springs County Clerk Nina Webber of Wapiti also reported raising and spending a significant amount, while former state Rep. Scott Court has run his campaign using only his own money.

Newsome, who’s wrapping up her first term in the State House, reported raising $23,700.

The largest, $5,000 contribution came from Wyoming Hope, a political action committee chaired by Diemer True of Casper and mostly funded by billionaire B. Wayne Hughes Jr. of Jackson. Diemer’s brother, Dave True, contributed another $150 while Dave’s son and daughter-in-law, Shane and JoAnn True, each gave $1,500 — the maximum an individual can give. Another True-related committee, Diamond Free Enterprise, added in $200.

The Cowgirl Run Fund, a nonpartisan group dedicated to electing women to state and local offices, made a $2,000 donation.

Newsome also reported providing nearly $1,400 worth of yard signs and postage to her own campaign.

As of early last week, she had spent $10,555 on newspaper, radio and Facebook ads, websites, mailings and printed materials, the reports says. In addition to setting up her own campaign website, her campaign built another one dedicated to criticizing Webber. Combined with around $3,180 she had left over from 2018, Newsome reported having $16,325 in the campaign coffers as of Aug. 11.

While Newsome raised more money, Webber had spent more as of last week. The former Hot Springs County Clerk reported having expended more than $17,800 — including $11,000 from her own pocket — in her bid to unseat the sitting lawmaker.

As for how she’s spent the money, Webber listed expenditures on a website, printed materials, newspaper and radio ads, billboards, signs and other campaign materials.

Court, who held the office from 2017-18, has spent $2,190.70 of his own money in his bid to reclaim the House District 24 seat. His report indicates those funds have gone toward newspaper ads and campaign materials like signs.

Laursen received not quite $2,950 from six individuals, with the largest donors being Carleen Brophy of Jackson ($1,500) and Wyoming Liberty Group founder Susan Gore of Cheyenne ($1,000). He also received $250 from the campaign of his House colleague, Rep. Tim Hallinan, R-Gillette.

Although challenger Larsen reported raising less than half as much money as Rep. Laursen, she pulled in a larger number of donors. The 31 contributors included 19 people from Powell and 12 people from around the country. Among the local donors were state Rep. Sandy Newsome, R-Cody, and her husband, Bob, who gave $100.

Astrid Northrup, the wife of state Rep. David Northrup, gave $200. Larsen’s campaign finance report listed the donation as coming from both Northrups, but it actually came from just Astrid, the Northrups and Larsen clarified.