On Tuesday, Wyoming officially submitted a petition to the U.S. Fish and Wildlife Service to have grizzly bears in the Greater Yellowstone Ecosystem removed from protections under the Endangered … 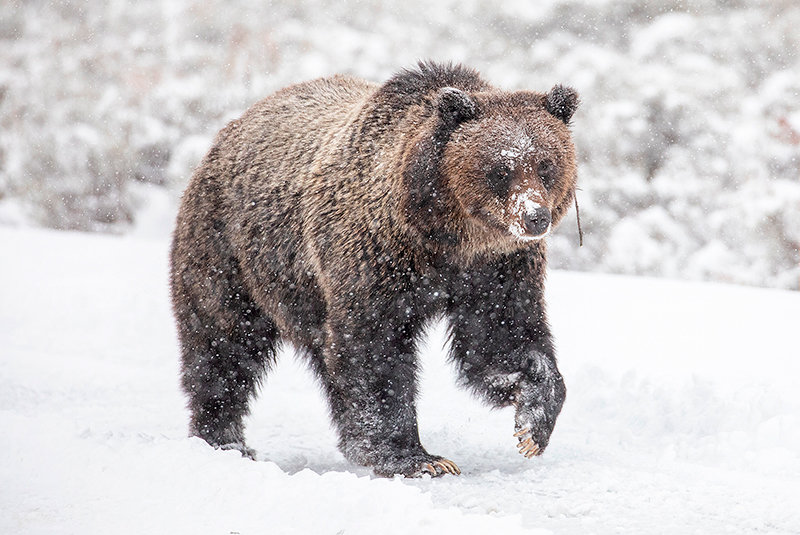 On Tuesday, Wyoming officially submitted a petition to the U.S. Fish and Wildlife Service to have grizzly bears in the Greater Yellowstone Ecosystem removed from protections under the Endangered Species Act. The new petition was promised by Gov. Mark Gordon in September.

“This is an extraordinary and monumental success story for species recovery and should be celebrated,” Gov. Mark Gordon said. “The [Greater Yellowstone Ecosystem] grizzly bear is ready to join the ranks of the bald eagle, American alligator, peregrine falcon and brown pelican as receiving proper recognition as a thriving, recovered and stable species.”

Gov. Gordon said there is no biological or legal reason to keep the species listed and the Wyoming Game and Fish Department said in a Tuesday news release that it is “far beyond all scientific requirements for a recovered, viable population.”

The move to delist came after new population estimates were established by the Fish and Wildlife Service. The new counting equation — a refinement of the Chao 2 method adopted by the federal government — suggests a population of more than 1,000 grizzly bears within suitable habitat in and around Yellowstone and Grand Teton national parks.

The equation does not take into consideration grizzly populations outside the recovery zone, designated suitable habitat known as the Demographic Monitoring Area (DMA). There is no estimate on how many bears live outside the DMA.

The petition states the State of Wyoming has “demonstrated unwavering commitment to advance the recovery” of the region’s grizzlies.

“From the listing of the grizzly bear as a threatened species in 1975 until now, the state invested a significant amount of time, effort and money annually to protect and manage the grizzly bear population in Wyoming,” it says, noting the population has increased nearly eightfold, from as few as 136 bears to more than 1,000.

The Fish and Wildlife Service has 90 days to review Wyoming’s petition. At that time the petition can be denied or approved for additional review — in which case the agency could take up to 12 months to further analyze the state’s request and come to a final decision.

“We’re optimistic that they will find that it does deserve additional review,” said Brian Nesvik, director of the Wyoming Game and Fish Department.

“I don’t expect a battle,” he said. “I feel like we’re at a point now where there really aren’t any more stones to be unturned. And I think that this should be clear-cut for the service to make this decision.”

Nesvik said the change of federal administrations should have no bearing on the decision making process, pointing out that both the Obama and Trump administrations supported delisting the species. He is confident the process should be “straightforward.”

“It’s a very clear cut case that the Endangered Species Act has done what it was intended to do,” Nesvik said. “And now it’s time to return the management to the states.”

The director said he expects there will be lawsuits challenging any decision.

“I’ve watched this thing evolve over a lot of years — a couple of decades — and I do believe there will be litigation,” Nesvik said. “But again, I believe that we will prevail.”

Andrea Zaccardi, a senior attorney at the Center for Biological Diversity, said the move was made to begin profitable hunts for the apex predator.

“This outrageous request from Wyoming’s governor is the latest attack on animals like grizzly bears by states that see them as little more than targets for trophy hunters,” Zaccardi said in an email to the Tribune. “There is no science to back the claim that grizzlies no longer need protection. Federal officials need to send a clear message by swiftly rejecting this request.”

The federal government has attempted to delist the species multiple times, most recently in 2017. However, in 2018, a Montana judge sided with conservation organizations and tribes and reinstated protections 36 hours before Idaho and Wyoming hunts were scheduled to begin. The following spring, the Wyoming Legislature passed legislation giving the Game and Fish Commission the authority to hold a grizzly hunting season in spite of the federal judge’s ruling, but the commission unanimously declined to do so.