Sharp lessons of holidays gone by

I had always hoped my father would carry one of the pocket knives I had given him, thinking of me occasionally as it became a permanent pocket tool. He carried one most days.

I gave him quite a …

Sharp lessons of holidays gone by 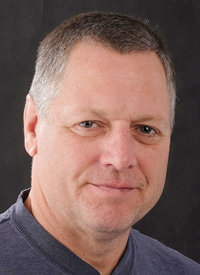 I had always hoped my father would carry one of the pocket knives I had given him, thinking of me occasionally as it became a permanent pocket tool. He carried one most days.

I gave him quite a few. When I was young I saw a collection of pocket knives on his workshop bench. I said “Quite a collection you have there.”

That was typical of our conversations when we weren’t yelling at each other. Actually, a tad bit longer than most. I remember that conversation as one of those thoughtful-gift-idea moments.

From that point on, when there was a decent opportunity, I would get him a nice pocket knife. I liked shopping for them and he seemed to like getting them.

He liked small knives because they were convenient to carry. That said, he was always a mystery to me, so gift buying was all a guess.

I looked for something usable first; a strong blade and solid feel. After that, a pleasing fit in the hand and finally something aesthetically pleasing. There are absolutely beautiful knives available, but I never had bench-made money and he never complained until the last I gave him.

I guess it was about 25 years ago when I gifted him a knife on Father’s Day he asked why I always gave him a pocket knife.

“I thought you collected them,” I said in my defense.

“I don’t collect them. I just have a collection,” he replied.

Despite it being one of the longest sentence that ever came out of his mouth in my presence, I remember it well. I have thought about it for inordinate amounts of time. I felt humiliated at the time despite have spent more on that one knife than several of the previous gifts combined.

In the 25 years that followed I took him fishing three or four times. My mother would always attempt to push us together. For the most part, I did so as a favor to her.

On one of the trips he gave me a Buck 110 folding knife. It wasn’t really a pocket knife due to its size, but it came with a sheath and was easy to keep sharp.

I used that knife a lot. Then one day I lost it.

The next time I was going fishing with dad I decided I had to replace the gift before meeting with him. I didn’t want him to think I didn’t appreciate it, and, I figured, they all look alike.

He noticed the knife right away. “Still my favorite,” I told him.

Then he reached in his tackle box and handed me the original Buck knife.

“You left this last time,” he informed me.

Had there ever been a time we were chatty, the deafening silence between the two of us while I stood there with two identical knives in my hands would have seemed awkward. What I should have said wouldn’t have made any difference.

He died in 2018. We never managed to get over what separated us.

A couple days ago I received a box. My sister had sent me a Thanksgiving surprise. Inside were many delicious and exciting surprises. The holiday has always been my favorite.

My mother poured love into the Thanksgiving meal, often explaining the process while I stood watching. I’ve had many great Thanksgivings at home and with friends and family over the years. It’s so much better than Christmas because you get the same love but without the pressure of buying thoughtful gifts.

After removing the box of Cap’n Crunch, tricolored popcorn, peanut M&Ms, a scented candle and two cans of Pringles — all wonderful surprises enjoyed in my youth — I found a familiar box towards the bottom of the treasure chest.

It was the last knife I gave him.

It came in a tin, mounted on a fuzzy plastic platform with the blade showing at a pleasing angle. I inspected it closely.

I remember taking time to pick it out at Bass Pro Shop, convinced he would surely find it worthy for a place in his pocket tool lineup. Seeing it in the box, I realized it had never been used.

I have been turning it over in my hand for days. It’s absolutely mint. I’m pretty sure it never came out of the box.

I’ve looked at it over and over and simply can’t find my father in it. Other than our conversation setting me straight about his use of the word collection, it is devoid of a story line that would assign sentimental value. It’s just a nice little knife with a thousand uses and a sad story.

But then I continued searching in the box and found another pocket knife. This one was cheap. I can’t remember exactly, but it may have been the first knife I ever gave him.

This one was used. It had cracks and scratches everywhere, some showing use and some showing the cheapness of the materials used to make the knife. While I never really saw him use it, it is obvious he did.

I decided to start carrying the unused knife. I hope it will inspire me to try to better communicate with my family and friends in the future.

I regret I was never able to see eye to eye with my pops, but hopefully the lessons I learned in and since his death will make me a better person. One lesson that comes to mind during the Christmas season: Give your loved ones what they really want. Give them your heart instead of trying to impress them with ‘thoughtful’ trinkets and toys. Give them the gift of time and understanding before all that remains is regret.

Marriage is best done at your own pace

When does the snake bite its tail?

Are you living your best life?