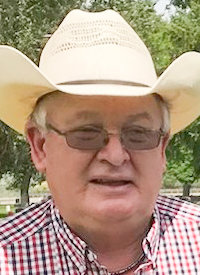 Roy Brazelton passed away suddenly July 28 at the age of 74.

The family moved to Lusk, Wyoming, where he graduated from high school in 1966.  He then attended two years at Casper College.

They moved back to Worland. There he met his wife, Gloria West, and they were married Aug. 31, 1971, in Hot Springs, South Dakota.

Roy served 12 years in the National Guard. At that time, he was employed with Montana Dakota Utilities Co.  He was transferred to Powell, Wyoming, in 1976.  There  he worked 35 years with Williston Basin Interstate Pipeline.

He loved his horses and team roping, hunting, fishing and camping. He was in Back Country Horsemen for a few years. He was a trustee in the Eagles and a member of the Elks.

Roy was preceded in death by his parents and his sister, Kay Chouinard.