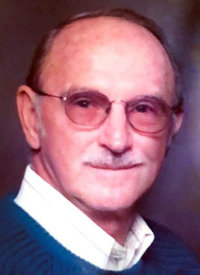 Richard Alberta Jr. 88, of Clark, died peacefully Nov. 20, 2021, at the Spirit Mountain Hospice, in Cody. He was an amazing husband, father and grandfather, and our family will forever miss his laugh and smile.

Rich was born on Nov. 25,1933, in Red Lodge, Montana, to Richard Sr. and Velma Alberta. He graduated from Red Lodge High School in 1953 and went to Rocky Mountain College, graduating with the Class of 1957, earning a degree in education.

While in college, Rich was a four sport, all-star athlete, and he was given the following honors later in life: inducted Rocky Mountain College Hall of Fame 2004; Ring of Honor 2007 (football); and finally Ring of Honor 2012 (basketball).

Rich served two years in the Army from 1957 to 1959, receiving an honorable discharge in 1963 after completing his reserve obligation.

He met and married the love of his life, Linda Alberta, herself a teacher. They married on Jan. 19, 1963, and began a beautiful 52-year journey together. After moving to Cowley, Wyoming, Rich began teaching and coaching at the local high school. In 1969 they moved to Fromberg, Montana, where he taught biology and coached until his retirement in 1992.

He and Linda retired from teaching with careers spanning 30 years. During his teaching career he also served as director of the summer Migrant Program in Fromberg, from 1970 until 2020, retiring as the longest serving director in program history.

After his retirement from teaching Rich and Linda managed their business in Fromberg, always ensuring Rich had ample time to pursue his love of fishing. In 2000 they moved to Clark, Wyoming, being the first to settle in Chief Joseph Estates, “Paradiso” as he called it. In the river that ran through the estate, he discovered his favorite fishing spot and later named it the Alberta. Most days you could find him there. During this time, they were embraced by the most beautiful community in Clark, filled with loving and caring people. Rich loved all of you and spoke kindly of you often.

He was a devoted and talented teacher and touched so many lives during his career. He loved all his students and took pride in their development and growth. He and Linda taught many generations of students through the years watching them grow into vibrant successful adults. His career was very special and unique in this regard, he found himself teaching the children of many of his former students.

Rich is survived by his two sons, Jeffrey (Kristine) Alberta of Helena and Scott (Jennifer) Alberta of Plymouth, Massachusettes. Rich’s grandchildren from Jeff and Kristine include Alexander of Helena, Montana, Jacob who is serving in the Navy, Cassidy (Amie) of Billings, and Jeremy (Amanda) of Cheyenne, Wyoming; and great-grandchildren: Bryce, Abigail Josephine, and Stella. Rich’s grandchildren from Scott and Jennifer include twins Isabel and Olivia, who are attending Northeastern University, and Gage of Plymouth, Massachusettes. Rich is also survived by his brother John (Jan) Alberta of Billings, sister-in-law Lynn Bolin of Helena, as well as numerous nephews, nieces and cousins.

He was dedicated to Christ and church, working every day to lead his life in the way of the Lord. He worked diligently to spread God’s message of love and hope to all those around him.

To all the people who have touched his life, we wish we could name each of you. Please know, everyone who added to the love and beauty of his journey, our family would like to extend our sincerest thanks and appreciation.

A funeral and celebration of life will be scheduled in the future to allow all family to be present. Condolences to the family can be sent on Rich’s memorial page at www.BallardFH.com.