On Tuesday, the commission unanimously passed a resolution urging the U.S. Fish and Wildlife Service to “move forward with all due haste” in removing Greater Yellowstone Area grizzlies from the list of “threatened” species. 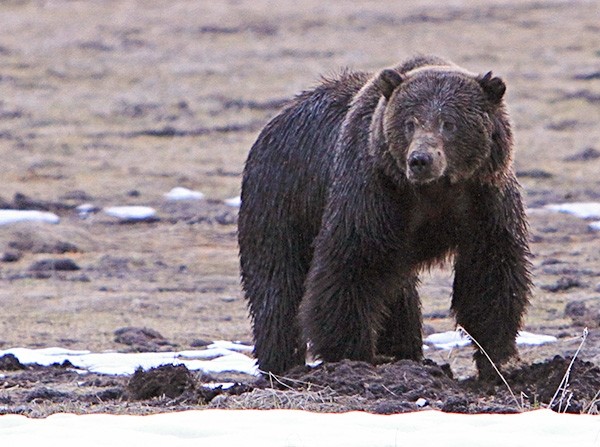 On Tuesday, the commission unanimously passed a resolution urging the U.S. Fish and Wildlife Service to “move forward with all due haste” in removing Greater Yellowstone Area grizzlies from the list of “threatened” species.

“The general public has bent over backwards to preserve the bear. And my own opinion is, from the people I’ve talked to, they are very rapidly losing their tolerance for grizzly bears,” said Commission Chairman Joe Tilden. “They truly are.”

Commissioners believe the region’s bear population — most recently estimated to be at least 750 bears strong — is no longer in danger and has recovered.

On Tuesday, they offered anecdotal accounts that there are more grizzly bears than ever around the county.

French said anyone who’s been around the area for a significant amount of time has noticed the increase, including bears that have reached the Heart Mountain area where he lives.

Tilden said he’s seen more bear activity on the South Fork than ever before; he told of a lower South Fork resident who had to keep her children in the house for three days because of a nearby bear.

While some people have said the bears have simply spread out, “I haven’t seen a reduction in the backcountry,” said commissioner and outfitter Lee Livingston.

One of the primary objections to delisting the bear now is that Yellowstone area’s grizzlies suffer from a lack of genetic diversity, being cut off from other bear populations. However, commissioners say the Yellowstone region is a big area. If inbreeding is the concern, Livingston said he’s seen a lot of bears and “they all ... seem to be working just fine.”

Commissioner Bucky Hall said he’s suggested to environmental groups that they could provide money to transport problem bears from one isolated area to another to boost genetic diversity, but they haven’t backed the idea. Hall suggested it was an instance of “we like the problem; we don’t want to solve the problem.”

Commissioners acknowledged their two-page resolution is largely symbolic, but they plan on sending it to U.S. Fish and Wildlife Director Dan Ashe and even President Barack Obama anyway.

One reason the document may be symbolic is that Ashe has already agreed that grizzlies should be delisted.

“We delisted the bear in 2007 and we, unfortunately, lost in a lawsuit,” Ashe told a Congressional panel last month. “But we have worked again with our state partners to come back, and we are literally on the precipice of another proposal to delist the species. I think we’ll be successful.”

When the federal government delisted the grizzly bear eight years ago, a U.S. District Court judge in Montana sided with environmentalists’ concerns and voided the decision. A three-judge panel for the Ninth Circuit Court of Appeals ultimately ruled in 2011 that the government was wrong to delist for one single reason: it hadn’t done enough research into the decline of the whitebark pine tree population (a food source for bears) and how that would impact the region’s grizzlies.

Part of the commissioners’ dismay is that a new delisting proposal could mean starting the entire process all over again: going out for public input, incorporating feedback and then potentially going through lawsuits and relitigating every single issue.

“In my opinion, all the scientific documentation is in, all the questions that the court asked, they’ve been answered by the scientists,” Tilden said.