With enrollment down and fewer students living in Northwest College dorms and apartments, college leaders are considering some substantial changes to student housing.

A plan presented to the NWC … 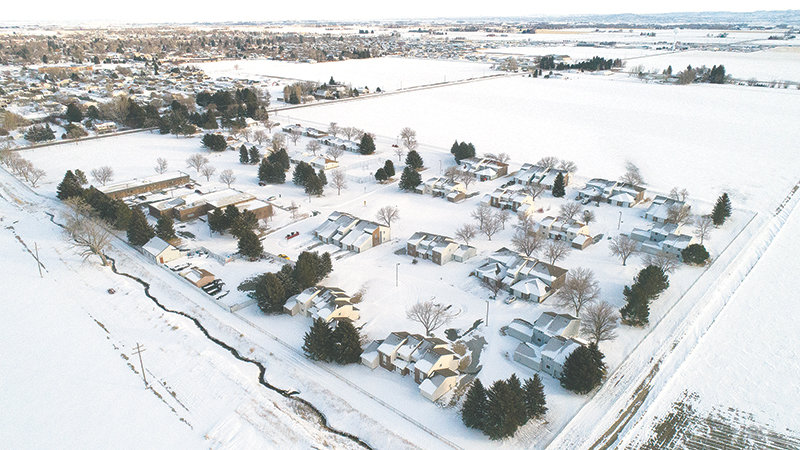 The Northwest College Board of Trustees is considering a new master housing plan that proposes selling off Trapper Village West. College officials are considering a number of changes to the student housing offered at NWC.
Tribune photo by Kevin Killough 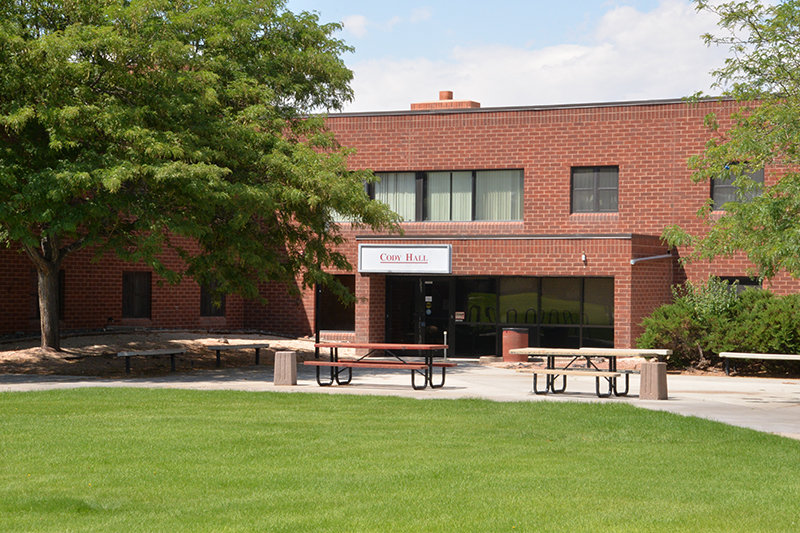 Northwest College had pursued a $3 million plan to perform the repairs at Cody Hall to address the mold and water damage problems. The plan was later scrapped, and now the college is proposing to demolish the building as a cost-saving measure.
Tribune file pho
Previous Next
Posted Tuesday, February 18, 2020 8:25 am
By Kevin Killough

With enrollment down and fewer students living in Northwest College dorms and apartments, college leaders are considering some substantial changes to student housing.

A plan presented to the NWC Board of Trustees earlier this month calls for selling Trapper Village West, demolishing Cody Hall, renovating the Trapper Main Apartments and improving Ashley Hall within the next four years.

Meanwhile, Colter and Lewis & Clark halls could possibly be eliminated or repurposed within the coming decade. Simpson Hall — the campus’ newest housing building — would continue to be utilized as it is now.

The changes laid out in the housing master plan, if adopted by the board, would depend on available funding.

The board did not vote on the document — which is the culmination of years of analysis — at its Feb. 3 meeting, but will consider it at future board meetings. The plan has been endorsed by the college’s facilities committee.

Board President Dusty Spomer said the facilities committee dismissed the idea of maintaining NWC’s housing inventory just because it’s there. Instead, they guided future needs based on current and projected student needs.

In recent years, occupancy rates at Northwest College’s units have declined alongside enrollment. The resulting drop in revenues has led the board of trustees to take a look at adjusting on campus housing to better fit changing student needs. For instance, the board voted to lower rates at some on-campus units (see related story below).

At its peak, the college had a housing capacity of 718 beds. With Cody and Colter halls currently closed, that has fallen to 450. Under the new master plan, the campus would have a total bed count of 442 by 2030, which the document says would “right-size” bed counts to fit demand projections.

The recommendations in the plan are laid out in such a way that capacity can later be expanded and plans altered if demand for student housing changes in the future.

Current campus occupancy rates sit at about 66%, according to the master plan, and an optimal rate would approach 95%. The plan aims to get that figure to 80% in the short term and eventually hit 90%; while lower than the optimal rate, it would allow for a buffer to absorb fluctuations in enrollment.

According to the plan, demolishing Cody Hall and selling off Trapper Village West would raise occupancy rates above 73%.

Cody Hall has been closed since 2017 due to extensive problems with mold and water damage. Repairs were estimated at the time to cost $3 million, and the college had set out to pursue state funding for the project when enrollment declines led the board to reconsider. Razing the hall and landscaping the space is expected to cost somewhere between $180,000 and $350,000.

“By approving this plan, you will essentially negate the decision you made regarding Cody Hall,” NWC President Stefani Hicswa told the board at last week’s meeting.

As for Trapper Village West — located on Tower Boulevard on Powell’s western edge — the plan says the current occupancy rates are unsustainable.

Back on campus, the repurposing and renovations suggested in the master plan are aimed at bringing campus housing options more in-line with student preferences and for an expected increase in non-traditional students who are more likely to have families and work full-time.

Under the plan, Ashley Hall would undergo some $1.3 million of improvements and be targeted toward “cost-conscious traditional students.”

Meanwhile, Lewis & Clark Hall would be converted from dorm-style housing into apartments, at an estimated cost of $7 million.

Lisa Watson, NWC vice president for administrative services and finance, said Lewis & Clark was constructed in such a way to allow for this kind of repurposing, whereas it wouldn’t be feasible to do the same to Colter Hall — the campus’s smallest and oldest dorm. The hall, which is currently not in use for housing, would serve as a swing space during the Lewis  & Clark renovation, for a cost of about $150,000. After Lewis & Clark reopened, Colter could then serve as an administrative space for another $3.5 million, the plan suggests.

In the decade following 2030, if future growth rates warrant doing so, the college could build two new residence halls. The plan acknowledges a lot of uncertainty as to whether or not these will be needed and advises regular assessments to gauge changes in future projections.

“We’re not going to answer every single question tonight,” Watson said at the Feb. 3 meeting, “but what we’re going to say is we’re diligently focused on making those decisions and moving along.”

Living and eating on campus at Northwest College is, in some cases, becoming less expensive for students.

On Feb. 3, the NWC Board of Trustees voted to lower some housing fees and meal plans, with the goal of adjusting to student demands and enrollment rates. The changes will be in place for the fall 2020 semester.

Administrators looked at students’ demographics last summer, said Lisa Watson, NWC vice president for administrative services and finance. They found that, even though the college was losing 8% of occupancy coming to NWC from the Big Horn Basin, it was losing 16% of that population choosing to live in the dorms.

In other words, what NWC was charging for apartments was working well, but trends showed dormitory housing was falling out of favor.

“Because it’s not working, we’re not cash flowing,” Watson said.

The board also dropped meal plan rates for the coming fiscal year, and changed the way they were laid out to reflect changing student preferences.

NWC changed its food provider to Sodexo last fall, which Watson said provides the school with a lot more data on how the meal plans are used. Administrators found a lot of students were downgrading their meal plans and passing on the larger options.

“Our goal is to get a student in the halls for under $3,000,” Watson said of the fee changes, referring to both housing and meal costs.

In order to break even with these fees, the college would need to get 17 more students into double occupancy dorm housing.

“We want more than that, obviously,” Watson added, but the 17 additional students would get them to the black.

NWC is also looking at its franchise agreement with Einstein’s Bagels, which is located on the upper floor of the DeWitt Student Center. The college may cancel that agreement and go with a model in which another company’s products are offered, such as City Brew or Starbucks.

“It’s a different kind of business model, and it has more flexibility,” Watson said.