The BBCW has acquired the Lone Ranger revolver belonging to actor John Hart; it is on display in the center’s Cody Firearms Museum.

Hart carried the Colt .45, a single-action Army revolver, when he portrayed “the masked man” in the original … 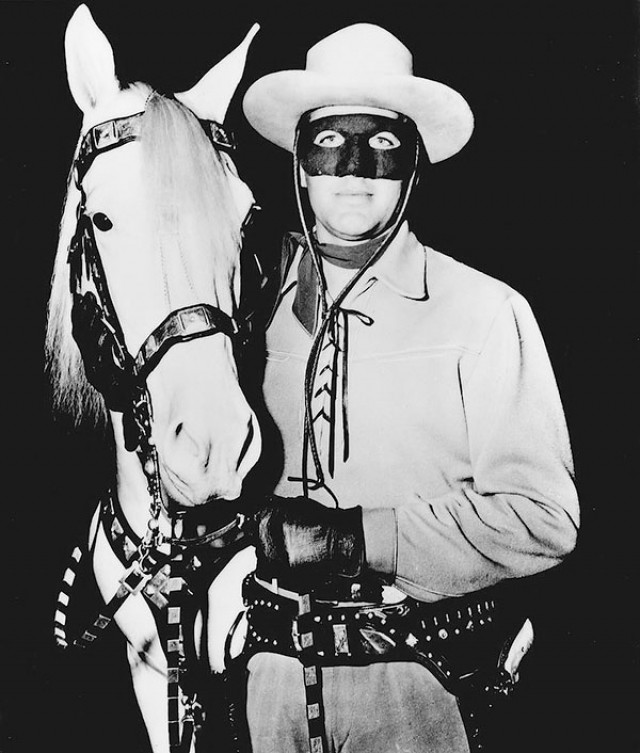 Hold onto your mask, Kemosabe.

Forget about Johnny Depp and his ill-fated attempt to revive “The Lone Ranger” franchise. A relic from the glory days of the 1950s, when the Lone Ranger and his faithful companion Tonto chased bad guys in a weekly TV series, has landed at the Buffalo Bill Center of the West in Cody.

The BBCW has acquired the Lone Ranger revolver belonging to actor John Hart; it is on display in the center’s Cody Firearms Museum.

Hart carried the Colt .45, a single-action Army revolver, when he portrayed “the masked man” in the original series between 1952-54. It was one of several he used throughout his acting career.

The firearm’s coverage engraving and steer head ivory grips, completed by master engraver Ben Shostle, make this firearm particularly striking. To any lover of Westerns and firearms, this gun is truly a must see.

In his early career, Hart appeared mostly in Westerns. He played many minor roles in some fairly well-known films, but audiences remember him most for replacing Clayton Moore in 1952 for 52 episodes over two seasons of the television show “The Lone Ranger” when Moore demanded a higher salary.

He played a newspaper editor in the 1981 film “The Legend of the Lone Ranger,” which also flopped at the box office.

Along with the revolver, the center also acquired autographed photos of Hart in costume and an unconventional cookbook, “Cowboys in the Kitchen,” that he penned in the 1990s. The book is more of an anecdotal memoir of Hollywood tales, cheeky hunting advice and even a section on “women and liquor.”

This book provides some levity in the kitchen and shows off the personality of the man behind the gun.

The Cody Firearms Museum has placed the Lone Ranger revolver and accouterments on display in its “Hollywood guns” exhibit case. For more information, contact Curator Warren Newman, warren@centerofthewest.org or 307-578-4092, or Assistant Curator Ashley Hlebinsky, ashleyh@centerofthewest.org, 307-578-4048, or visit her firearms blog, Unloading the Myth.

If you contact them, feel free to add “Hi-yo Silver!” to your comments.