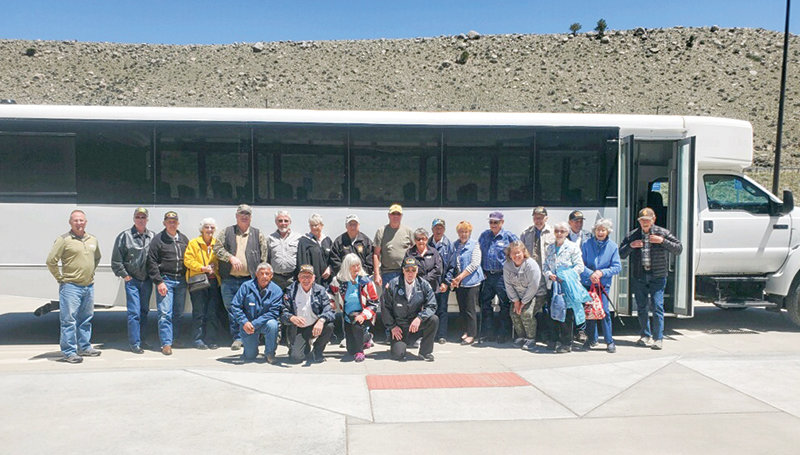 A tour group organized by the Park County chapter of the Korean War Veterans Association was blown away by a visit to the privately-owned National Museum of Military Vehicles at Dubois on June 22.

“Anybody should go look at that. It is amazing,” said Paul Rodriguez of Powell, a member of the Korean War Veterans group. Many wives of area veterans accompanied the group.

“We started out to go as Korean War vets, but there weren’t enough of us. We had Vietnam War veterans and even a veteran from the war in Afghanistan,” he said.

The tour was arranged by Jack Martin of Cody, president of the Park County Korean War Veterans Association. The large bus which conveyed the Park County group was provided by Martin’s brother, also of Cody.

“And he wouldn’t accept any donations,” Rodriguez said.

Of the museum itself, it has military equipment from all throughout the history of U.S. military engagement.

“I would encourage anyone who has the chance to go see it. They say it is one of the biggest collections in the world,” Rodriguez said.