With her party’s nomination from the Libertarian State Convention, Carrie Satterwhite of Ralston has joined the race for State Representative in House District 50 to oppose incumbent Rachel … 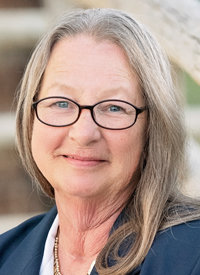 With her party’s nomination from the Libertarian State Convention, Carrie Satterwhite of Ralston has joined the race for State Representative in House District 50 to oppose incumbent Rachel Rodriguez-Williams of Cody.

Satterwhite filed her application with the Secretary of State’s office and will move directly to the general election ballot as a Libertarian legislative candidate. Rodriguez-Williams, who is unopposed for the Republican nomination in the Aug. 18 primary election, has served one term as HD 50 representative.

Satterwhite doesn’t believe being Libertarian should be considered a curiosity.

“We live next door to each other. We’re all trying to get along,” she said.

One member of the Wyoming House of Representatives is a registered Libertarian. He is Marshall Burt of Green River.

“I just don’t see myself as a Republican or a Democrat,” Satterwhite said.

She describes herself as fiscally responsible and strongly promotes spending taxpayer money conservatively.

Satterwhite added that she believes in gun rights. She supports farming, ranching and tourism and is not against oil and coal.

“I do think we need to look for diversification [in the economy],” she said, “so when we have those booms and busts, we don’t struggle quite as much in the busts.”

She has long worked on behalf of legalizing marijuana for medical purposes.

“I think my No. 1 thing is medical freedom,” she said. “It should be an individual decision. It’s clinically proven to have benefits.”

Satterwhite said proponents are currently working on a citizens’ initiative to get usage of medical marijuana on the ballot.