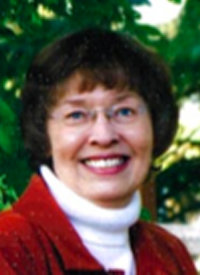 After many years of suffering from the pain of rheumatoid arthritis, Judy finally got her wish and that is to “go be with Jesus.” She is now pain free. She passed away peacefully at home on July 31, 2022.

Born March 12, 1942, Judy was the first born child of Vern and Ruth Sipe, in Seattle, Washington. When she was only 3 years old, the family decided to move from Seattle to Powell, to start a new life. After 13 years in Powell, the family decided that Billings might offer better opportunities.

After graduating from Billings Senior High School, she went on to further her education at Billings Business College, and that is where she met her husband, Gerald “Jerry” Scheafer, and they married a year later on Oct. 7, 1961.

After working a couple of years at Associated Grocers, Jerry made a career change and went to work for Baker Hughes, a major oil field service company. Their first move was to Vernal, Utah, then on to Farmington, New Mexico, and from there to Denver, Colorado. The company then decided to move them to Oklahoma City, and then they moved them back to Denver. These were all good moves because they were promotions.

Throughout the many moves, Judy enjoyed her time with family and friends sharing the love of Jesus. Every morning was spent reading the word and writing down what was on her heart, which turned into many book journals of her life. This is why her signature on each of her paintings the initials “JLS” appear, which is not just Judith Lee Scheafer — but “Jesus Lord Savior.”

Then, the next move took Judy and her family to Bakersfield, California, where the Lord had other ideas for her. After many prayers, she was led to sign up at an art class and the art studio was a converted cotton gin. After six months of art classes, the owner wanted to retire and close the art studio. Judy said “no,” so she then leased the art studio. After a year Jerry got transferred to Houston. Judy joined the Kingwood Art Society and was so overwhelmed by the experience of watching details “burst with joy” with a picture that will be meaningful, delighting and pleasing in God’s eyes.

From Houston, Judy and her family made their last stop to the Dallas area and after a couple of years in Dallas, Jerry said he had made enough moves and it was time to head north. Jerry retired in May 2001, and they moved back to Powell. Judy continued with her paintings and was able to complete a couple of commission paintings before the arthritis got so bad, it was hard for her to paint.

Judy is survived by her husband, Jerry; daughter Brenda and John Mares of Albuquerque, New Mexico; son Steve and Tracey Scheafer of Allen, Texas; and her brothers, Vern and Darlene Sipe of Billings, Montana, Doug and Vickie Sipe of Billings, Montana. A sister, Larry and Anna Wood of Colorado Springs, Colorado, also survive her, as well as her grandchildren, John and Michelle Mares of Clovis, New Mexico, Hannah Mares of Albuquerque, New Mexico, Tim and Ope Scheafer of Forum, Texas, Ruth and Jose Garza of Caddo Mills, Texas, and Daniel and Mariah Scheafer of Jacksonville, Florida; five great-grandchildren; and numerous nephews and nieces.

Judy has been cremated and a memorial service, a celebration of life, will be held at a later date.