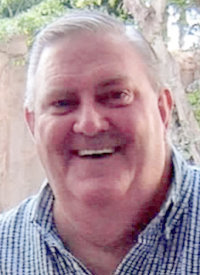 John was born April 4, 1947, to William C. (Bill) Gracey and Bessie Roberts Gracey in Sheridan. In his youth, John was active in Scouts, Demolay, baseball and especially basketball, where he was one of only four Sheridan Broncs named Most Valuable Player for two years in a row (1964 and 1965).  He graduated from Sheridan High School in 1965.

On Aug. 18, 1968, he married Mary Jane McHugh. They had 47 years of happiness together, most of them in the Powell area. They had two children, John William Gracey and Jean (Jeannie) Marie Gracey.

John taught school for 32 years, 31 of them in Powell School District 1, where he taught fourth, fifth and sixth grades. He coached seventh grade basketball.  He was chosen four times to the Who’s Who in Education for making a difference in students’ lives. Being chosen twice is achieved by less than 2% of teachers; he was chosen four times. Children have always been a love of his life.

John was enthusiastic and contributed to his community. He took part in the Powell Elks Lodge #2303 (going through the chairs, Past Exalted Ruler, Trustee and Life Member), Powell Eagles Aerie #2426 and Masons (3rd Degree). He was a member of the Presbyterian Church, twice serving as an elder. He was a strong supporter of city recreation, participating in city league basketball (the over and under 35 leagues). He played fast pitch softball, winning the Mitch Myrick Outstanding Softball Individual in 1984.  He refereed basketball from the junior high to college level for 15 years. He was also a strong supporter of the Northwest College programs.

John loved fishing, gardening and  cooking and was a fan of most other sports. He also found a new love in his later years called grandchildren. “What a kick they are!”

Son John had two girls, Hannah and Lauren, and daughter Jeannie had a son, Cooper, and a daughter, Cecelia. John’s love of his family was very important, and he liked to share their stories with others.

He is survived by his son, John W. of Eureka, California, and two granddaughters, Hanna and  Lauren Gracey; his daughter Jeannie Gracey of Bozeman, Montana, and grandchildren Cooper and Cecelia Etgen; and numerous cousins.

John was cremated in December. A memorial service will be held Saturday, June 11, 10 a.m., at the Union Presbyterian Church, at 329 N. Bent St.

Please send memorials to the Shrine’s Crippled Children or to St. Jude’s.