How crime victims keep their offenders behind bars

Victim’s testimony, a time-honored part of the American criminal prosecution process, has sent thousands of Wyoming offenders to prison. But justice is not advanced when, years later, crime …

How crime victims keep their offenders behind bars 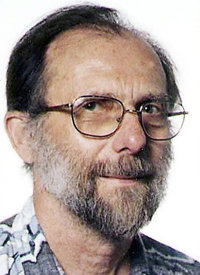 Victim’s testimony, a time-honored part of the American criminal prosecution process, has sent thousands of Wyoming offenders to prison. But justice is not advanced when, years later, crime victims are called again to give emotionally charged encores, moments before parole panel members decide whether or not to release their offenders from prison.

Late 19th century reformers called on state-run prisons to shift from places of punishment to places of rehabilitation, where inmates could earn an early release. Adopted first in New York State, in 1907, by 1942 all states operated a parole system.

Since then, 16 states have abolished early-release parole boards. Convicted offenders in these states are sentenced to a fixed length prison term.

In 34 states, including Wyoming, convicted offenders receive an “indeterminate” sentence, ranging from a minimum term to a maximum term. Once the minimum term is served a parole board may release an inmate. Parole board hearings give inmates an opportunity to demonstrate how they have overcome past problems and made personal changes that will keep them out of trouble in the future.

The National Crime Victim Law Institute at the Lewis and Clark Law School in Portland, Oregon, writes that “Nearly every jurisdiction in the United States guarantees victims a constitutional and/or statutory right to be heard in connection with parole and other release-related proceedings.” Testimony may detail how the crime changed his or her life, the emotional and mental injuries suffered and, according to the Institute, “whether the victim supports the release of the incarcerated person on parole.”

Wyoming law states, “No person shall be granted parole until the board make a reasonable effort to notify victims of the hearing and provides a resonable opportunity for the victims to provide written comments to the board relative to the parole.”

But is victims’ testimony at parole hearings largely irrelevant to the task at hand — an objective, fact-based, assessment of the inmate’s future risk of criminal behavior?

This point is addressed in a 2005 article in Criminology & Public Policy, by Kathryn Morgan and Brent L. Smith, where they ask: “To what extent will parole boards allow victim influence to override the concerns for the inmate? Is it fair to further punish an inmate who presents a low risk of recidivism for future criminal behavior because victims show up at a hearing to protest the release?”

A 2018 Prison Policy Initiative (PPI) report titled Grading State Parole Systems argues that parole boards are in the business of giving “every incarcerated person ample opportunity to earn release, to have a fair process for deciding whether to grant it to them [and] should not be contaminated by outdated information that was the basis for the underlying conviction or plea bargain.”

More to the point, PPI contends “Crime survivors have little evidence as to whether an individual has changed, having not seen them for years.”

The parole board’s conundrum: While serving five to 15 years for a felony in which the victims feared violent injury, a young adult completes personal improvement courses, anger management training, earns an associate’s degree in accounting and is rated a low risk for recidivism. But at his parole hearing, victims deliver an emotional plea for parole denial. What to do?

Will victim’s rights trump America’s commitment to a justice system giving deserving inmates a second chance? It all depends on how Wyoming parole board members balance concern for both crime victims and their offenders.