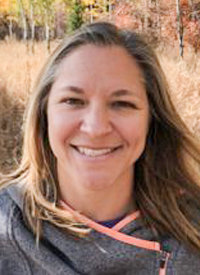 Gordon committed his administration to working “very hard” to make sure the state’s efforts to delist the Yellowstone area’s grizzly bears are successful and said, “I’m going to do everything in my power to make sure Trump is re-elected, because this administration understands how important it is for states to have the opportunity to manage their own affairs.”

Gov. Gordon included Wyoming’s most valuable wildlife in his list of Wyoming’s ills, saying “We’ve got grizzly bears, we’ve got wolves, we’ve got bad commodity prices, we’ve got coal that’s on the decline.”

Travel and tourism is Wyoming’s second largest industry, and wildlife oriented tourism is foundational to our economy.

In 2018, visitors to the national parks of Wyoming brought in around $1.1 billion of economic output to the state.

Earlier this year Gov. Gordon said, “As the state realizes substantial losses in coal income, it’s become more important to look to tourism to diversify tax revenue.” To ignore wolves and grizzlies as a very large part of that tourism income is being completely blind to the resources Wyoming already has and could expand to other areas of the state.

Grizzlies and wolves are a primary reason millions of people visit Wyoming and its national parks every year. Every visitor is pumping outside dollars into Wyoming’s infamous boom and bust economy. These animals are an asset to Wyoming. Period.

To ignore this and treat large carnivores as being a negative burden to Wyoming is disingenuous and does a disservice to visitors who spend their vacation dollars in Wyoming and to the residents of the state who enjoy seeing wildlife, including large carnivores.

The governor also stated Wyoming needs a “robust predator control policy” and should “finally” commit to it.

WWA board member Jim Laybourn states, “Wyoming’s policy towards predators has always been primitive, that it was our manifest destiny to empty our public lands of wildlife and fill them with livestock. It was this 19th century style of wildlife management of grizzly bears that got them listed on the Endangered Species Act in the first place. If Gov. Gordon wants to go back to the good old days, then maybe Wyoming should never regain control of the one animal that virtually every tourist to Wyoming hopes — and pays — to see.”

We are disappointed that the governor tied the grizzly bear’s status on the Endangered Species Act to gain direct support for the re-election of our current president.

The governor has chosen to ignore economics — and science — and instead rely on farm politics and sagebrush rebellion rhetoric to win political favor for a chosen party.

Important wildlife management discussions such as these should never be politicized. Individuals from diverse ideological beliefs not only support current protections for the grizzly bear and wolves, but directly benefit economically from their presence, and will be negatively affected if these protections are not kept in place.

WWA founder and board president Kent Nelson says, “Politicization of wildlife management has always been a problem in Wyoming. This is another embarrassing example of the state of Wyoming ignoring current wildlife management best practices for dubious political and economic reasons.”

WWA calls on Gov. Gordon to acknowledge that Wyoming’s grizzly bears and wolves are an incredible asset to Wyoming — a benefit that anyone who works in Wyoming’s ever-growing tourism economy knows to be the cornerstone of tourism in northwest Wyoming.

(Kristin Combs is the executive director of Wyoming Wildlife Advocates, a nonprofit based in Wilson that works to protect our shared wildlife and modernize wildlife management across the state.)

Do you hear what I hear?

February happenings at the library

Life is better than ever if work is not your forte