New Wyoming Gov. Mark Gordon said he’ll pick up where his predecessor left off on several important wildlife issues — pledging his support for habitat conservation as well as pressing for … 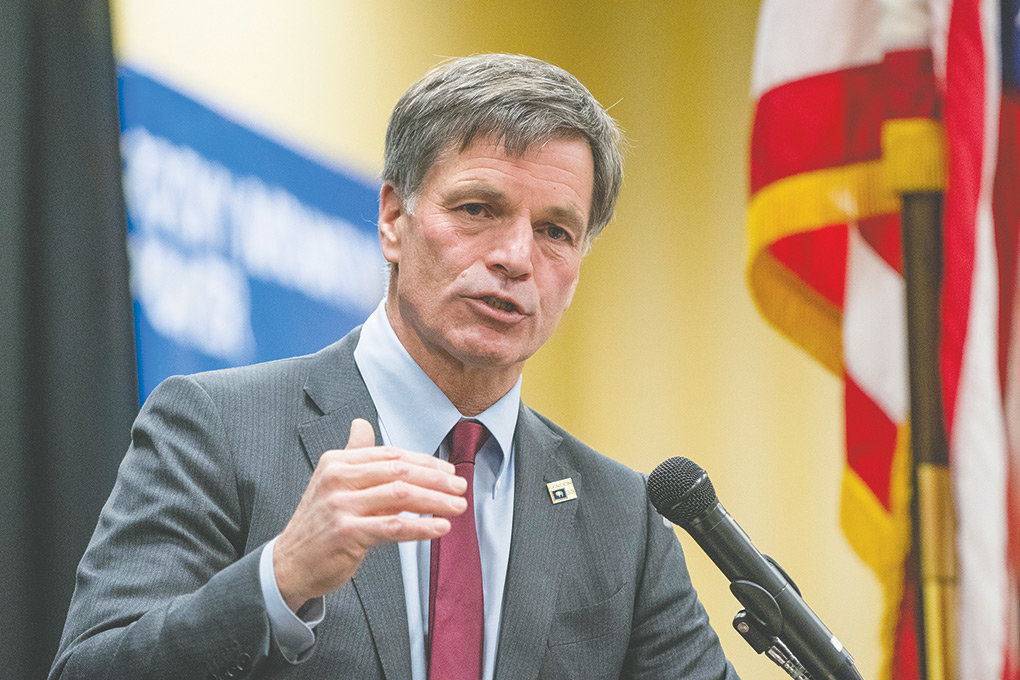 New Wyoming Gov. Mark Gordon said he’ll pick up where his predecessor left off on several important wildlife issues — pledging his support for habitat conservation as well as pressing for more state control in species management.

Just 11 days into his term as governor, Gordon faced one of his toughest crowds on Friday — hundreds of journalists in attendance at the Wyoming Press Association’s annual winter conference in Cheyenne.

“It’s important that we are able to manage our wildlife,” he said. “We love these bears — they’re wonderful, majestic animals — but they have no respect for us.”

Gordon said the species should be managed by those affected by the predator’s presence.

In September, a federal judge placed grizzlies back on the endangered species list. That reversed a hard-fought decision by the U.S. Fish and Wildlife Service that had given Wyoming, Montana and Idaho the right to manage populations within their borders. Soon after the decision, Gov. Matt Mead’s administration filed an appeal. Gordon said he’ll continue to fight for the delisting in court.

The governor said he expects grizzlies to move into the Bighorn Mountains as the carrying capacity of Wyoming’s suitable bear habitat reaches oversaturated levels.

“They were in Byron, right? It’s just a matter of time,” he said of the species’ move into the Bighorns. “We’ve had wolves there for a numbers of years and we’re just learning how to deal with that.”

Living on the eastern slopes of the Bighorn Mountain range, Gordon is well aware of the significant changes that  grizzlies would bring to wildlife and visitors in the area — including to camping families hoping to steer clear of known grizzly bear habitat.

Gordon’s Buffalo area ranch is in core sage grouse habitat. The ranch has been registered with the state’s sage grouse habitat program for years, he said. Gordon also owns a ranch in the Kaycee-area but it isn’t prime habitat for the species. He has supported habitat protections from the beginning. In 2015, Gordon was photographed standing with his wife, Jennie, while then-Gov. Mead and Interior Secretary Sally Jewel signed historic legislation protecting habitat sage grouse habitat.

Some speculation exists that Gov. Gordon will be a stronger proponent of conservation efforts than his predecessor. Mead became a champion of sage grouse conservation groups when he fought back against Department of Interior edicts early in the Trump administration and also refused to back a state legislative effort to allow private enterprise to raise the species on bird farms. The bill passed the Legislature and became law, but without Mead’s signature.

Those bird-raising efforts have now taken a back seat to habitat conservation, although some protesting of recent Department of Interior regulation changes that make it easier to lease tracks of important habitat for mineral extraction.

Gordon, 61, said he supports the efforts of the Wyoming County Commissioners Association to work on new classifications for Wilderness Study Areas.

“In my opinion, [county level grassroots efforts] was the proper way to address it,” he said.

Park County commissioners formed a local group under the Wyoming Public Lands Initiative to come up with a recommendation for the High Lakes and McCullough Peaks wilderness study areas, but the group failed to reach a consensus after 22 months of contentious debate. Commissioners instead came up with their own recommendations and asked U.S. Rep. Liz Cheney, R-Wyo., to turn their vision into law.

However, Cheney was unable to get the bill passed before the end of the year, when majority leadership in the house moved to the Democrats. Park County’s two wilderness study areas now continue to await future action.

“Congresswoman Cheney values the input from Wyoming county commissioners, local officials, and residents impacted by Wilderness Study Area designations on federal land in Wyoming. She will continue working and engaging with local groups in Wyoming on addressing this decades-old issue in the 116th Congress,” said Maddy Weast, press secretary for Cheney.

Weast was on hand at the press association convention, as were representatives for senators John Barrasso and Mike Enzi. Enzi and his wife Diana attended the association’s awards banquet on Saturday.