Calling the Endangered Species Act “broken,” Wyoming Gov. Mark Gordon is backing a bill that would elevate the role of state wildlife agencies in species management and recovery plans, … 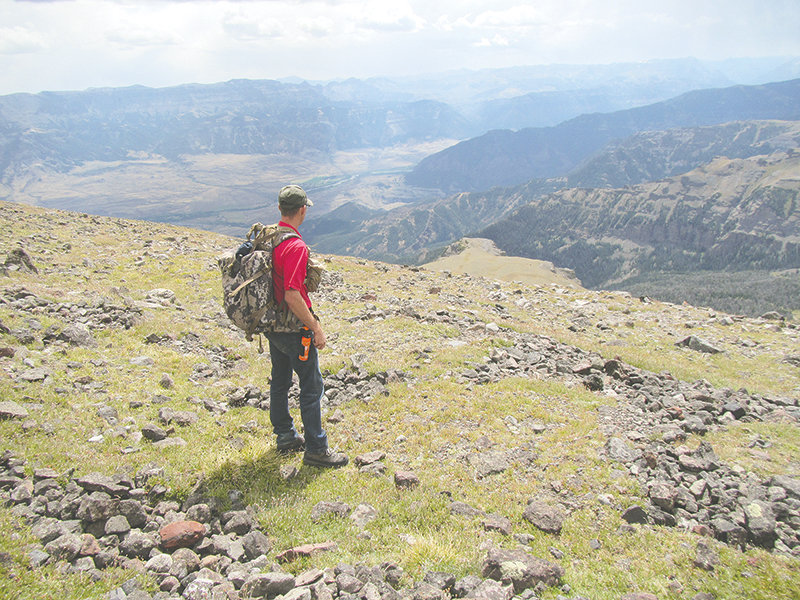 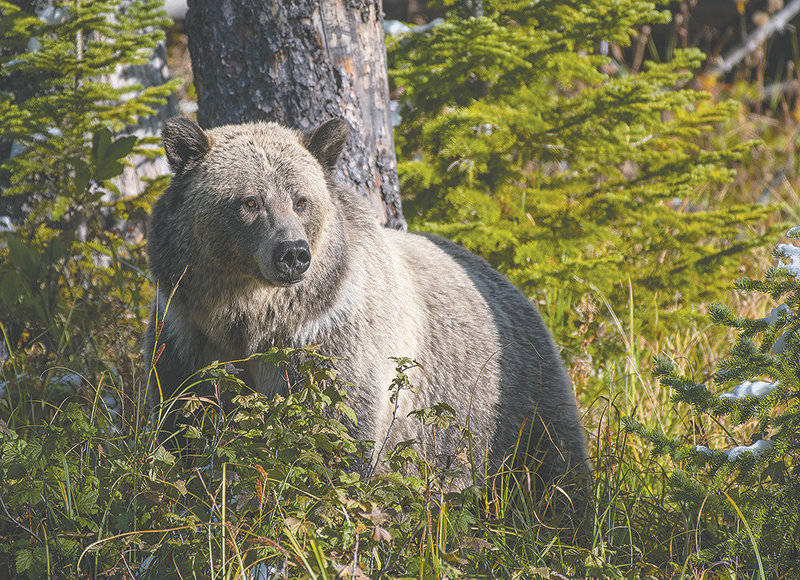 A grizzly sow, popular near Yellowstone National Park’s East Entrance, makes a brief appearance to feed on berries just south of Lake Butte Overlook last month. State officials say the grizzly bear in the Greater Yellowstone Ecosystem should be removed from the endangered species list after a decades-long recovery.
Tribune photo by Mark Davis
Previous Next
Posted Tuesday, October 6, 2020 8:20 am
By Mark Davis

Calling the Endangered Species Act “broken,” Wyoming Gov. Mark Gordon is backing a bill that would elevate the role of state wildlife agencies in species management and recovery plans, and delay judicial review of endangered species rulings for years after delisting.

“The Endangered Species Act is broken and there is no scientific reason it shouldn’t be fixed,” Gordon said in his testimony.

He went on to say that past litigation that reversed delisting rules came from activist judges and against scientific evidence of a recovered species. “Wyoming has a long history of being hamstrung with paying for species management, yet being obliged to defer to the federal government on decisions about that management,” he testified.

“The largest barrier to returning the management of fully-recovered species to the states and tribes is litigation,” he said. “These suits, and the associated investment of money, time and energy, detract from species recovery and conservation and divert important resources away from species that truly need help.”

“In all of these issues, we want to make sure that Wyoming is well protected and Wyoming citizens and their livelihoods are also respected as we go forward,” he said.

Critics of the proposed legislation contend not all states will give equal weight to the responsibility of managing endangered species versus financial decisions affecting habitat and the courts are the public’s only meaningful way to engage in delisting decisions.

Jamie Rappaport Clark, former director of the U.S. Fish and Wildlife Service and currently president and CEO of Defenders of Wildlife, said Barrasso’s modernization plan “would take us in the wrong direction at this critical moment for our planet.”

“The bill before the committee today does not strengthen the ability of the ESA to conserve imperiled species. Instead, it significantly rewrites key portions of the ESA to prioritize politics over science,” she told the committee.

Rappaport Clark blamed any failure of the 1973 Act on “woeful underfunding and inconsistent implementation of the protective legislation which has rendered it less effective than originally envisioned.”

If a species is delisted and there are serious questions about either the scientific basis of the decision or the willingness of states to continue to manage for conservation, then citizens will lack the ability to challenge that decision under Barrasso’s bill, said Jason Rylander, senior endangered species counsel for Defenders of Wildlife.

“In the five years that species would be under state management with no threat of judicial review, the species would be at the mercy of whatever state plans were in place,” Rylander said. “That could include, as in the case of wolves, immediate hunting and a risk of significant population reductions. Or it could include loosening restrictions on habitat conservation, which could lead to irreversible loss of habitat.”

Yet, Gordon contends species are safe with the states.

“The states have proven time and time again they are committed to and capable of managing wildlife within their borders,” he said. “They should be given the chance to do so for delisted species without the threat of endless and costly lawsuits that in the end do not benefit the species in question.”

The Endangered Species Acts Amendments of 2020 was introduced by the bill’s sponsor, Barrasso, who is chairman of the Senate Committee on Environment and Public Works, more than two years ago. It calls for a five-year moratorium on litigation during the years-long monitoring period.

Gordon said the Greater Yellowstone Ecosystem grizzly bear is a prime example of both recovery effort success and litigation woes.

“The population is recovered to a point where it is the Wyoming people who have changed the way they work, live, make their livings and recreate in their country,” he said during his press conference.

The governor said the number of bears in the area has risen from about 136 bears in the early 1980s to somewhere between 700 and “as many as 1,200 to 1,400 bears.” He didn’t divulge his source for his estimate. The Interagency Grizzly Bear Study team estimated the population at 737 bruins in 2019, but only bears inside the core habitat known as the Demographic Monitoring Area (DMA) are counted.

“It ranks as one of the most significant conservation success stories,” Gordon said. “And I will tell you, when a retired judge wakes up to find grizzlies on his back porch in downtown Cody, 52 miles from Yellowstone Park, or even further, another 47 miles away, a Cowley, Wyoming, farmer’s corn maze needs to be shut down because grizzlies are in it, it is pretty evident bears are expanding and thriving to well beyond government objectives.”

It’s unclear what incident Gordon was referring to in Cowley, but the Gallagher’s Corn Maze and Pumpkin Patch in Clark was disrupted by grizzly activity in 2018.

The grizzly bear remains listed for protection under the Endangered Species Act, managed by the Fish and Wildlife Service.

Thirteen grizzly bears have been euthanized inside the DMA for management decisions so far in 2020; another 13 grizzlies have been lethally “removed” outside the DMA. Lethal removals have resulted because of cattle depredation, nuisance activity, habituated behavior, obtaining multiple food rewards from private residences, frequenting developed areas and, in past years, for attacking humans. Two bears were recently killed in the Cody area during conflicts with hunters and are currently under investigation along with two other cases. Four grizzly bears have been killed in collisions with vehicles, two inside and two outside the DMA.