Despite being closed for the summer, the staff at Sleeping Giant Ski Area wasn’t resting during the off-season. Owner Nick Piazza continued to invest in new equipment, hired a new management … 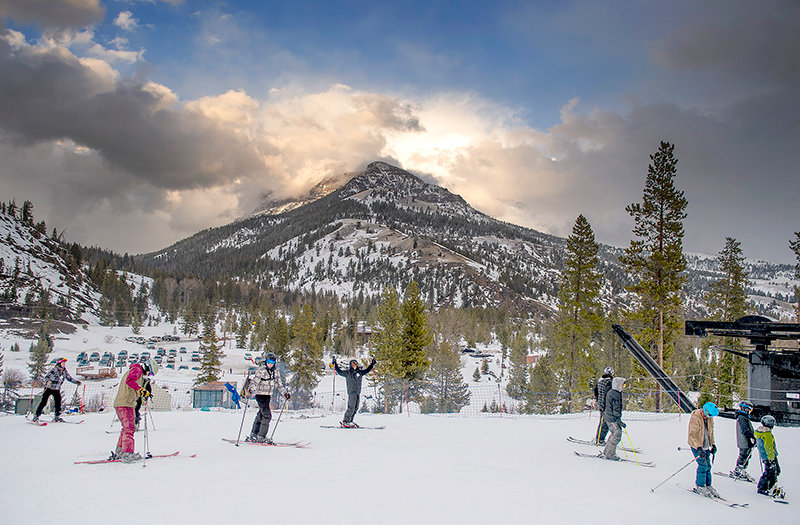 Skiers head to the lifts at Sleeping Giant Ski Area last season. The oldest ski area in the state is getting new improvements to much of the infrastructure in its second year in private ownership. The area is scheduled to open in early December, depending on snowfall.
Tribune photo by Mark Davis 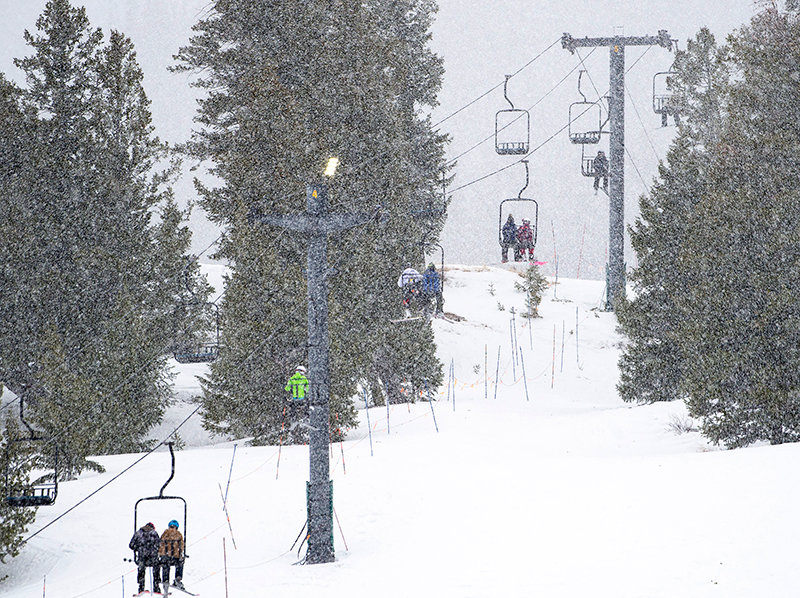 The new ownership at Sleeping Giant Ski Area has invested hundreds of thousands of dollars to update ski lifts, snowmaking machines and lighting since purchasing the popular local ski area in 2020.
Tribune photo by Mark Davis 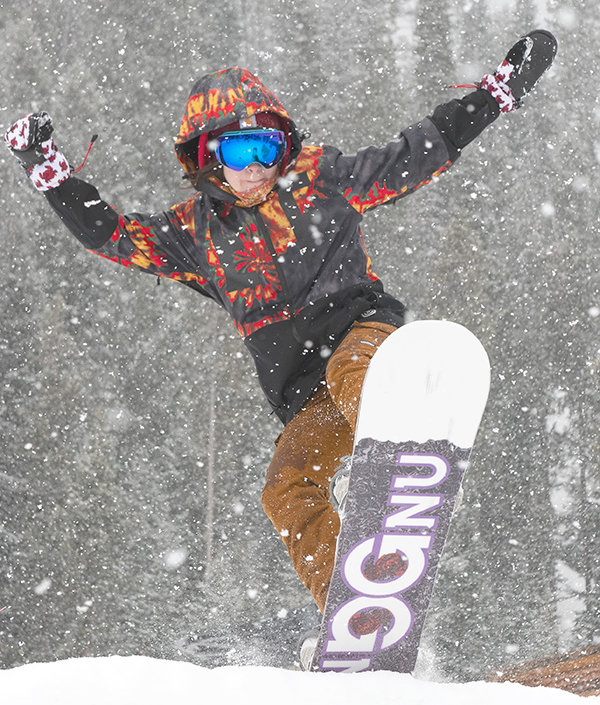 Activities, including ski and snowboard competitions, are on the calendar for the 2021-22 ski season at Sleeping Giant Ski Area.
Tribune photo by Mark Davis
Previous Next
Posted Tuesday, October 19, 2021 8:25 am
By Mark Davis

Despite being closed for the summer, the staff at Sleeping Giant Ski Area wasn’t resting during the off-season. Owner Nick Piazza continued to invest in new equipment, hired a new management team and signed contracts with neighboring businesses and lodges, hoping to make the business model more sustainable.

But amid the changes, Piazza’s dream remains the same: to use the mountain to bring the community together.

The first season under his ownership was surprisingly successful. The business increased revenue by about 30% despite closing the zipline for the summer. Yet, massive investments in infrastructure — including lighting for night skiing, moving electrical systems underground, increasing landscape maintenance and state-of-the-art snowmaking equipment — took some of the air out of financial celebrations.

Piazza bought the business, which was formerly a nonprofit operated by the Yellowstone Recreation Foundation, with no delusions of living off the profits. His hope for Sleeping Giant is for the investment not to “hurt too bad.” The payoff, he hopes, is to see the mountain facilitate the community, strengthening bonds during a time when many are seemingly divided.

Piazza is an international investment banker and “ski bum” who returned home to Cody with his family during tense times in Ukraine.

“We just had our first son, and right down the street from us was sniper fire. Not great for a newborn,” he said in a Thursday interview. “Christmas was coming. I said, ‘Look, why don’t we go to Cody and stay with my parents.’”

The family moved from Kiev — the capitol of Ukraine with a population of nearly 3 million residents — and back to the Big Horn Basin in 2013.

“I didn’t know how it was gonna be,” Piazza said. “It was my wife’s first time living outside of a metropolis. To my very happy surprise, she just loves it here.”

Piazza credits a large part of his success in business from being raised in Wyoming.

“There’s something really special about the independent spirit here,” he said, adding, “I wasn’t afraid to do things by myself. I didn’t have fear — it allowed me to go out and try things that I think a lot of people were a little too timid to do. This community gave me that spirit. This community raised me.”

While he needs the community to buy into his new skiing venture to help make it successful, he also hopes the business will bring people together that may otherwise not commingle. Things have changed, Piazza said.

When he was growing up in Cody, people spent more time in the community. But now, thanks to digital media, increasingly isolated housing projects and, recently, social distancing, there is less person-to-person interaction in Cody and surrounding communities.

“I think that pulls at the fabric of our community,” he said. “It’s amplified by social media like Facebook. Now you can just go shout online — whatever you want — and there’s no repercussions. But, if you’re in town with somebody, you have a talk and you figure it out, right? You find common ground.”

He hopes that common ground is found on the mountain.

“We all have way more in common in this community than what pulls us apart,” Piazza said. “If Sleeping Giant can play a small role in bringing people back together and making them hang out together again, that’s going to be a win for the Basin.”

The team is exploring ventures to bring people to the North Fork facility who don’t even ski, including live music, activities like tubing and ski bikes, improved menus at the restaurant and keeping the business open during the summer.

Piazza also plans to upgrade the lodge, including building an all new deck. In total, his investment in infrastructure since taking control is close to $1 million. The largest investments have come in upgrading ski lifts, lighting and snowmaking technology. To help implement improvements, he hired a new management team.

“We were kind of a bunch of ski bums going for broke last year,” Piazza said. “This year, we’re bringing in some people that have a little more of a business background.”

John McCue has joined the Sleeping Giant Supervisory Board with focus on overseeing operations and maintenance; Chris Mackie is taking over as director of outdoor operations; Nathan Hawk is the new lodge manager and “something of the CFO,” Piazza said; April Jones will be leading marketing and community outreach; Will Deford is the new mountain sports director, including the ski school; and Elizabeth Wells is returning as head of rentals.

All have either started or are starting next week, Piazza said. They are still hiring for seasonal positions — especially kitchen staff.

He credited Powell resident and former GM Mike Gimmeson for getting the ski lodge up and going last year.

“I think he did a great job,” Piazza said. “He was probably the only person in Park County that could’ve grabbed the business where we were last October and said, ‘Let’s go.’”

The new snowmaking operation will begin putting down a base as soon as Halloween, with the hopes of opening in late November or early December. It all depends on the weather.

“We’ve set a goal to have the option to open for Thanksgiving weekend if we have enough snow. We would be happy to open that weekend when everyone’s in town,” he said.

Piazza’s more realistic goal is the first Saturday of December. But, he’s full of surprises, so it might be wise to keep an eye on the company website, www.skisg.com.