Revive & Restore, of Sausalito, California, has been issued … 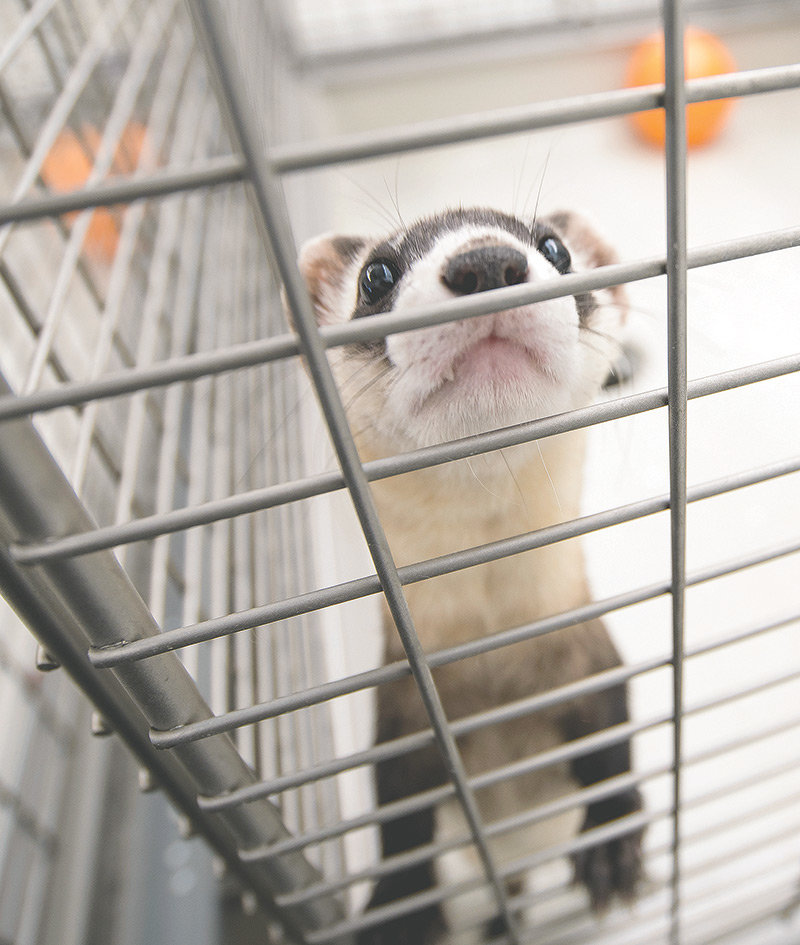 All black-footed ferrets in the wild today can trace their genes back to the National Black-Footed Ferret Conservation Center, pictured here. Private industry researchers would like to one day make the species disease-resistant and more genetically diverse.
Tribune photo by Mark Davis 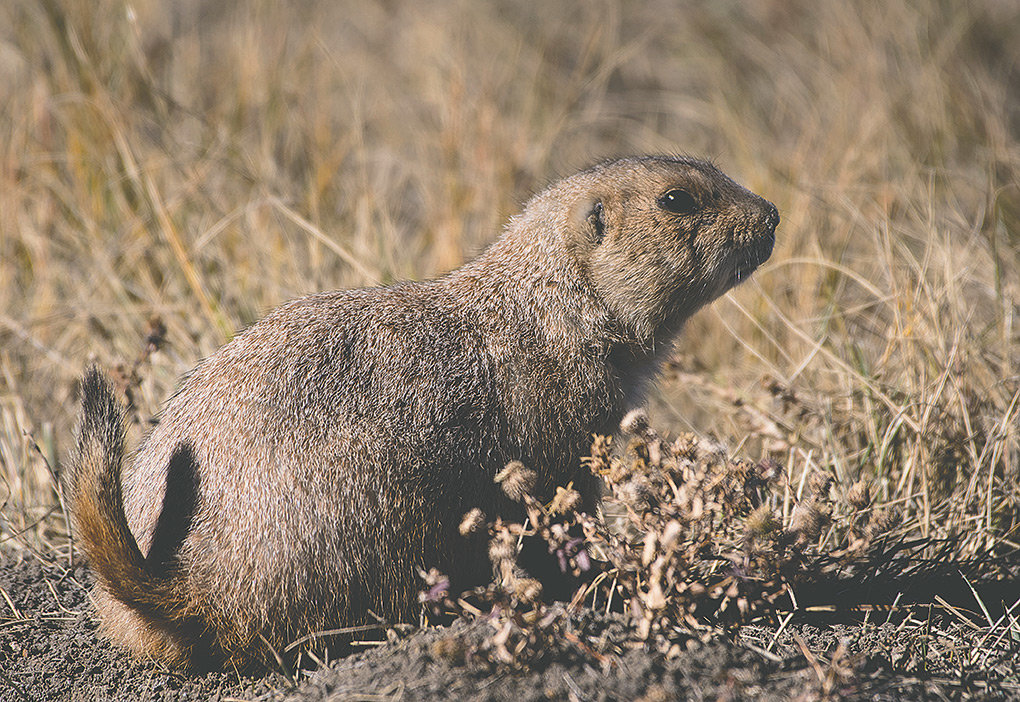 Prairie dogs are the main food source for black-footed ferrets. Unfortunately, prairie dogs also have fleas that carry bubonic plague. Scientists would like to find a way to alter genetics in the endangered ferrets to make them more disease resistant.
Tribune photo by Mark Davis 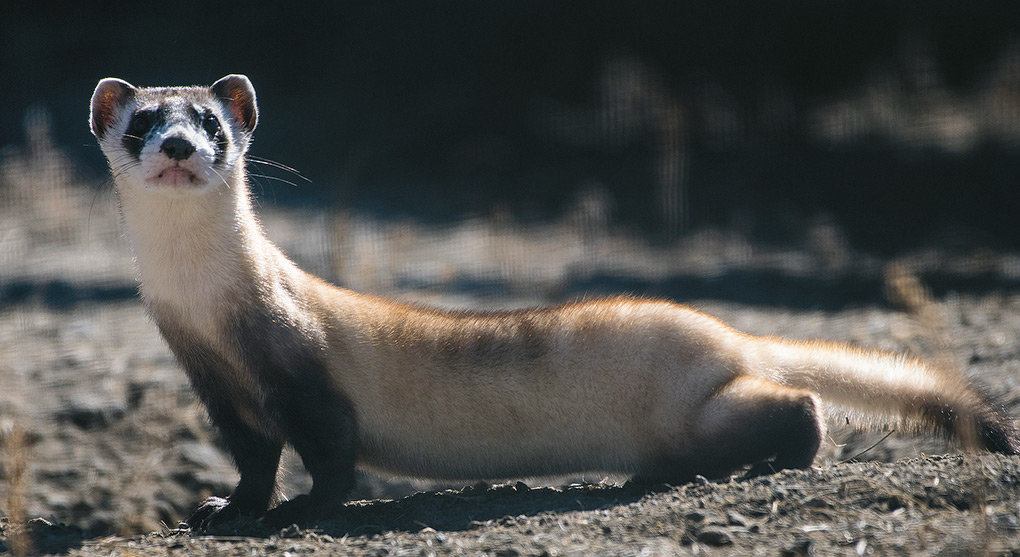 Black-footed ferrets raised at the National Black-Footed Ferret Conservation Center all come from a small group of animals found outside Meeteetse decades ago. Two recently issued federal permits allow scientists to perform genetic research on two cell lines taken from dead black-footed ferrets; no work is being done on live ferrets and any cloning attempts are years — and many more rounds of permits — away.
Tribune photo by Mark Davis
Previous Next
Posted Tuesday, November 13, 2018 8:00 am
By Mark Davis

Revive & Restore, of Sausalito, California, has been issued permits by the U.S. Fish and Wildlife Service to do genetic research on the cells of the endangered ferrets.

The permits are a first for the Service and, if successful to the end goal, could result in the first-ever release of genetically altered endangered species in the wild, said Tom Maloney, director of conservation science for Revive & Restore.

“We saw a need for additional 21st-century tools in the conservation toolbox,” Maloney said.

While the permit only allows for lab work on cell lines and not living ferrets, the organization hopes to eventually clone ferrets from old cell lines, using domestic European ferrets as surrogates to bring broader genetic diversity to the endangered species.

All efforts to breed the endangered species in captivity started with only seven breeding adults. More than 9,000 ferrets — more than 30 generations — have been bred since the last remaining 18 individuals were rescued near Meeteetse in 1986.

Problems associated with the lack of genetic diversity have been popping up, said Robyn Bortner, captive breeding manager at the National Black-Footed Ferret Conservation Center.

“Due to their inbreeding they do have a slightly suppressed immune system,” Bortner said. “They are very susceptible to [gastrointestinal] problems and can die within 48 hours if left untreated.”

Revive & Restore scientists also hope to develop an inheritable resistance to sylvatic plague and canine distemper through genetic manipulation. If successful, the vaccine would be passed through generations of the feisty critter and could save populations from crashing and expensive vaccination programs.

Before black-footed ferrets could be returned to the Meeteetse area in recent years, both ferrets and prairie dogs had to be individually vaccinated and the entire area — encompassing thousands of acres — had to be sprayed for invasive, disease-carrying fleas.

“When plague is in its epizootic or outbreak form, it can totally decimate the prairie dog colonies,” said Dana Nelson, black-footed ferret program manager for the Wyoming Game and Fish Department. “Since ferret habitat equates to prairie dog density, sylvatic plague is one of the biggest management issues we face across reintroduction sites.”

Revive & Restore is currently in the proof of concept stage in its research. While it could take more than a decade to achieve positive results, Maloney said the research may help federal officials finally develop sustainable populations of ferrets and allow them to be delisted from the Endangered Species Act. Every step by the organization will require rounds of time-consuming application processes for new permits.

Research is being approached cautiously. Future steps include testing results on other animals, like mice, before a live ferret is treated.

“We are committed to being very careful with these rare cell lines,” Maloney said.

Fish and Wildlife official Kimberly Fraser said that, despite the research being the first of its kind, zero comments were made during a public comment period during the permit process.

“They’re going slow,” Fraser said of Revive & Restore. “There has never been a genetically altered animal released on the landscape, so we’re being very careful with the permits.”

Fraser said if permits are sought in the future to actually release altered ferrets, she suspects there will be plenty of public comment. The cell lines issued under the permits came from individuals that died while being housed at the San Diego Zoo. At least one of the ferrets died of canine distemper and, if the disease can’t be stripped from the line, efforts could be delayed until a new line is issued.

“If we can clean out the canine distemper it would be huge,” Maloney said. “And plague is not native to our country. We have the burden and responsibility to see this species through it.”