As Don Hansen took his first breaths with new lungs, he knew a family was grieving a loved one who had taken his last.

Over the past year, the longtime Powell resident has learned more about his … 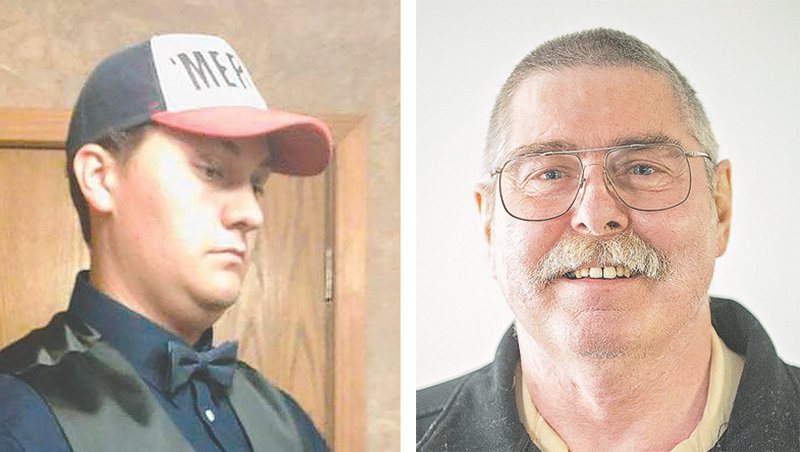 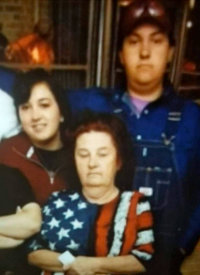 Benny Laffitte is pictured with his mom, Tammie, and sister, Maria. The 20-year-old died on Dec. 9, 2018. He decided at a young age that he wanted to be an organ donor. April is National Donate Life Month.
Courtesy photo
By Tessa Baker

As Don Hansen took his first breaths with new lungs, he knew a family was grieving a loved one who had taken his last.

Over the past year, the longtime Powell resident has learned more about his organ donor and the young man’s family. Benny Laffitte of Douglass, Kansas, died Dec. 9, 2018, following an accident. The 20-year-old helped dozens of others — including Hansen, who received Laffitte’s lungs in a transplant surgery in Colorado.

“It is the gift of life,” Hansen said.

At the time of the transplant, Hansen’s own lungs had declined to the point of functioning at only 5% and, after 22 months on the waiting list, he was in dire need of a transplant. Then came the call.

“It was a 100% match — the right tissue, right size, right blood type, everything,” Hansen said.

But the weight of such a gift was never lost on Hansen. Last year, he wrote a letter to his donor’s family through a transplant coordinator and donor alliance — and heard back from Benny’s mother, Tammie Laffitte, and sister, Maria.

As they’ve corresponded in recent months, Hansen learned more about Benny’s life. At 20 years old, he had a good job and owned his own house.

“He was a very independent young man,” said Tammie.

Even though he worked long hours, he often went over to his mom’s house to help with her yard “and do anything I needed done,” Tammie said.

Benny also did volunteer work and helped with charitable causes.

“The day before he died, he donated the day to put Christmas baskets together for the union, and then he went to work from there,” Tammie said.

Benny had designated money in his bank account for the food pantry “if anything ever happens to me.”

He almost didn’t make it through a previous surgery, so even though he was young, he thought about what would happen to his assets and wanted to help others.

In tributes following his death, former teachers, principals and friends remembered Benny for his friendly smile, good-natured disposition and kindness.

“He was such an amazing young man,” Tammie said.

Benny received his welding and diesel engine certifications, and was going to be promoted to management at his work, she said.

“He had a lot of things to live for … it’s hard for me to make sense of it,” Hansen said, adding, “I’ve had to ask questions this last year that no human being can answer. Only the guy upstairs can answer them … I’ve got to have faith that he did it for a reason.”

Without the double-lung transplant, “I would not be alive today,” Hansen said.

His is just one of the many lives that Benny changed.

Benny’s heart went to a person in Oklahoma who wasn’t doing well, and “they were trying to make him last until Christmas,” Tammie said.

She later met the heart recipient and heard her son’s heartbeat, “which sounds exactly the same.”

“There’s a little girl down in Texas that had leukemia that’s getting the bone marrow that may save her life,” Hansen said. “There’s a United States soldier that had come back from Afghanistan that had some skin burns from an IED that got his skin graft.”

As recipients of Benny’s organs have reached out to his family, Tammie chose to respond, and even meet them when possible.

“That’s my son’s organs,” she said. “If they’re carrying my son’s heart, his lungs, liver, kidneys — that’s my son, which makes us all family.”

Benny made the decision to be an organ donor when he was just 14 years old and got his farm permit.

“I can’t say enough about this young gentleman,” Hansen said. “They need to give a congressional medal of honor — look how many lives he saved … he saved lives just like a soldier would, and one of them was me.”

Hansen considers himself “very fortunate” that he’s gotten to know more about his donor and be in touch with the family.

“Not everybody gets to do that,” he said. “A lot of people do not know who their donors are.”

The first time Hansen talked with Tammie, there was crying on both sides of the phone line, he said.

“Wow, I couldn’t get the words out of my mouth,” he recalled.

She reassured Hansen that it was OK, and also encouraged him to go out and live his life.

“It’s not that I needed approval from her or reassurance from her, but it was nice to have it,” Hansen said.

Hansen is becoming a spokesperson with the donor alliance to continue sharing about the importance of signing up to be an organ donor.

He encourages people to donate blood, too.

Hansen, who serves on the Park County School District No. 1 Board of Trustees, also hopes to share the message with students.

In recent years, health problems forced Hansen to give up his farm equipment repair business, but he is working toward becoming a realtor, focusing on agricultural land.

Hansen said he’s thankful for his family, friends and community that stood by him through the lung transplant and his recovery. He’s grateful for the bond he now shares with Benny’s family, and hopes to meet them in person someday.

Hansen also appreciates life itself — to wake up the next day and breathe.

“I’m enjoying life,” he said. “And I want to tell this young man’s story.”

Hansen and Tammie were on the phone in December when she said: “In two minutes, it will be a year ago that I saw Benny for the last time.”

“Just keep talking,” Hansen replied. “I’ll get you through this. And you’re going to get me through this, too … we have a bond that will never be broken.”