The U.S. Fish and Wildlife Service is considering its options as a deadline nears to appeal a U.S. District Court ruling that relisted the Yellowstone area’s grizzly bears under the Endangered … 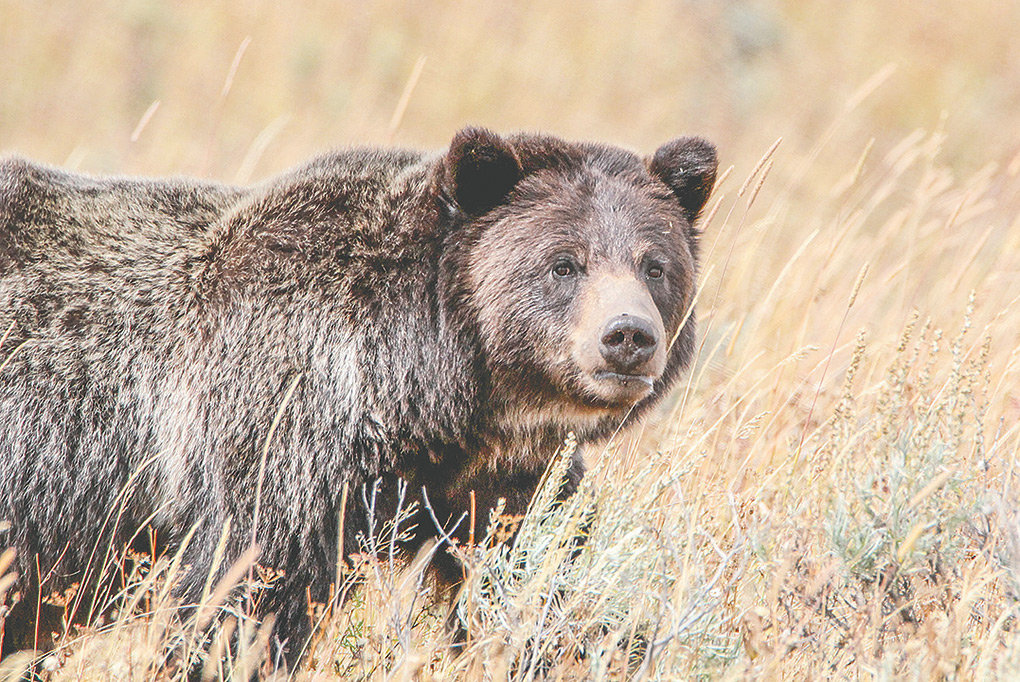 A grizzly is pictured near Wapiti Lake Trail in Yellowstone National Park in 2015. Federal officials may propose a new rule to delist grizzlies in the Yellowstone area, but any change in the current status will take at least two years.
Photo courtesy Eric Johnston, National Park Service
Posted Thursday, November 29, 2018 8:00 am
By Mark Davis

The U.S. Fish and Wildlife Service is considering its options as a deadline nears to appeal a U.S. District Court ruling that relisted the Yellowstone area’s grizzly bears under the Endangered Species Act. However, the options available to the service could take years to enact.

In a phone conversation with members of the Wyoming Legislature’s Travel, Recreation, Wildlife and Cultural Resources Committee this month, U.S. Fish and Wildlife Service grizzly bear recovery coordinator Hilary Cooley was frank about the prospects of once again delisting the Yellowstone Ecosystem grizzly bears.

Fielding questions from the committee, Cooley said the agency may pass on the opportunity to appeal U.S. District Court Judge Dana Christensen’s September decision that relisted area grizzly bears. Instead, Cooley said the service may propose a new rule to delist the Yellowstone area’s bears.

The deadline to appeal the Montana judge’s decision is Monday, Dec. 24. If the agency chooses to proceed with an appeal, Cooley said the process will take at least two years.

“My personal feeling is we would not be successful on appeal,” she told lawmakers. “If we’re not successful, that’s two years we’ve wasted.”

Addressing the three issues Christensen noted in his ruling would necessitate doing a comprehensive study of the species, determining how delisting affects other grizzly populations in the lower 48. Christensen said that by delisting only the Yellowstone Ecosystem grizzlies, the service ignored the northern Continental Divide population — a population in the Glacier National Park area and fully contained in Montana.

When deciding to delist in 2017, the Service decided genetic diversity was improving enough that it was not necessary to include language about possible plans to relocate bears between the two populations to increase diversity. Cooley said that may have been a mistake.

“We removed that commitment. Our feeling is if we had left that sentence in, this would probably not have been an issue in [Christensen’s] opinion,” she said.

“We do have bears moving closer and closer. The distribution of both populations are expanding,” she said. “We fully believe the bears will be connected in the near future.”

The relisting forced the service to delay plans to delist the Montana population.

“We were on schedule to have a proposed delisting rule for the Northern Continental Divide grizzly bear out by 2018,” Cooley said.

As for the second option — to propose a new delisting rule — Cooley expects that task could take up to a year to finish.

“If we don’t go for an appeal, the timeline is in our hands. We hope that we can move quickly. Both populations need to be delisted,” she said. “I would hope within a year we could put a proposed rule out.”

Once a new rule is proposed, a one-year public comment period would be necessary before it could be adopted.

Debate continues between Greg Sheehan, deputy director of the Service, and the staff of the ecological services department on which option is best, Cooley said.

Lawmakers on the Travel, Recreation, Wildlife and Cultural Resources committee encouraged the Fish and Wildlife Service to move forward with delisting efforts.

State Rep. Jim Allen — a Lander Republican and co-chair of the committee — said he thinks turning the species’ management over to the states is the best option for all parties.

“It seems like we shifted our focus from anything that resembles a scientifically based management plan to simply defending the lives and property of our citizens,” he said.

Park County Commissioners have been equally vocal in expressing their disagreement and frustration with Judge Christensen’s decision to relist the Yellowstone area’s grizzly bears.

“Certainly, Park County probably has, of all the counties, we have the most impact of anybody by the judge’s ruling,” Park County Commission Chairman Loren Grosskopf said at last week’s commission meeting.

At the legislative committee’s Nov. 9 meeting in Cheyenne, Rep. Joe MacGuire, R-Casper, expressed concern about how much the six lawsuits brought against the Service’s delisting rule would cost taxpayers. Attorneys for groups suing the federal government are eligible to be reimbursed by the Equal Access to Justice Act, a federal law that allows parties to recoup their attorneys fees when they successfully challenge a government action.

Cooley said the Service would appeal attempts by the attorneys seeking payment.

The plaintiffs in the case included the Crow Indian Tribe, Humane Society of the United States, WildEarth Guardians, the Alliance for the Wild Rockies, the Northern Cheyenne Tribe and Chicago attorney Robert Aland. The groups have cheered Christensen’s decision to restore protections for the Yellowstone area’s grizzlies; they had been particularly concerned with planned grizzly hunts in Wyoming and Idaho.

“Facing ongoing threats and occupying a fraction of their historic range, grizzly bears are nowhere near recovery,” Andrea Santarsiere, a senior attorney with the Center for Biological Diversity, said immediately after the judge’s ruling. “These beautiful and beleaguered animals certainly shouldn’t be shot for cheap thrills or a bearskin rug.”

“The Fish and Wildlife Service brazenly repeated the same errors that we successfully challenged when the agency tried to remove protections for wolves in the Great Lakes and we hope the agency will finally stop playing politics with our native carnivore species,” said Nicholas Arrivo, staff attorney for the group.