Considering a run for Senate, Friess to visit Cody

As the 2020 election grows nearer, Foster Friess has been traveling the state to answer one primary question: “Should I run for the U.S. Senate?” On Thursday, Friess will pose the …

Considering a run for Senate, Friess to visit Cody 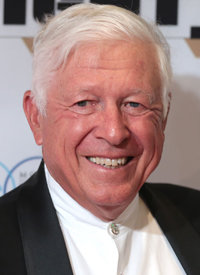 As the 2020 election grows nearer, Foster Friess has been traveling the state to answer one primary question: “Should I run for the U.S. Senate?” On Thursday, Friess will pose the question to local voters in Cody, during a noontime “Lunch Townhall” at the Irma Hotel.

The event is a part of a listening tour that the Jackson financier, philanthropist and conservative kicked off last month.

“I’ve been asking Wyoming voters what they are looking for in their next Senator,” Friess wrote in a Saturday email to supporters. “Do they want a businessman and political outsider willing to disrupt the status quo in Washington?”

Friess — who made a run for governor in 2018 — is a Republican. However, he’s pitched himself as someone who can help find common sense solutions that Democrats, Republicans and independents can all support. Friess has highlighted his work in fighting for healthcare reforms — including greater price transparency — fighting against socialism and pushing for civility, more civics education and parental freedom in education.

It’s an open race for the seat of U.S. Sen. Mike Enzi, R-Wyo., who announced last year that he will not seek a fifth term in office.

Two Laramie Democrats have also thrown their hats into the ring: activist and community organizer Yana Ludwig and University of Wyoming zoology and physiology professor Merav Ben David. A third Democrat, Chuck Jagoda, has also filed his intent to run, but he lives in California.

Following his noon to 1 p.m. town hall at the Irma, Friess plans to visit Gillette Thursday evening, followed by stops in Casper and Cheyenne on Friday.

RSVP for the Cody event by emailing teamwy@fosterfriess.com.