After initially appealing his conviction, a Cody man imprisoned for causing a serious 2020 car crash has decided he will not take his case to the Wyoming Supreme Court. Kenneth Stone, 62, will … 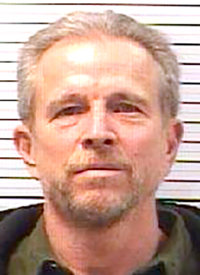 After initially appealing his conviction, a Cody man imprisoned for causing a serious 2020 car crash has decided he will not take his case to the Wyoming Supreme Court. Kenneth Stone, 62, will instead continue to serve a 10- to 12-year prison sentence for aggravated assault and battery.

“Upon a thorough review of [the] record, we determined that pursuing an appeal would not be in Mr. Stone’s best interest,” his defense attorney, Devon Petersen, said in an email last week.

While driving toward Cody from the North Fork in October 2020, Stone crossed over the centerline, causing his Ford Ranger to crash into an oncoming Dodge Charger. The occupants of the Dodge — four Yellowstone-bound family members from out-of-state — suffered significant injuries that included multiple broken bones.

Investigators concluded Stone was under the influence of alcohol and his prescribed sleep medication at the time of the crash. Park County prosecutors charged him with a felony count of aggravated assault, alleging Stone had knowingly caused bodily injury with a deadly weapon by crashing his vehicle into the tourists’ car while impaired.

At a January trial, Stone contended that his trance-like state on the morning of the crash was an out-of-the-blue side effect of his long-time sleep aid, Ambien. However, a 12-member jury sided with prosecutors and found Stone had acted knowingly, convicting him of the crime.

The first came in 1994, when he and others used explosives to illegally alter a section of Arizona river rapids. The second came when Stone tried to escape prosecution for the river alteration, as he fraudulently obtained $145,000 worth of loans and fled to Australia in 1995. He was later arrested, served his time in federal prison and raised a family, settling in Cody. But more trouble arrived in 2017, when Stone — who was supposed to be on an archery hunt for a black bear — instead used a rifle and mistakenly harvested a grizzly bear. That resulted in another federal felony for illegally possessing a firearm.

Given that Stone had three prior convictions, Park County prosecutors theoretically could have sought a life sentence for the 2020 crash. However, as part of a deal struck after the trial and endorsed by the victims, Deputy Attorney Hatfield agreed to treat Stone as if he had two prior convictions and to stipulate a 10- to 12-year prison sentence.

District Court Judge Bobbi Overfield accepted the deal, which represented the lightest sentence she could order given the “habitual criminal” designation. The judge also ordered Stone to pay $150,000 in restitution to the injured occupants of the other vehicle and $13,454 to cover some of the costs of prosecuting him; those amounts were deducted from the $250,000 bond Stone had posted to remain free while the case was pending.

After Judge Overfield issued her order, Stone — who had been represented at trial by now-suspended attorney Nick Beduhn of Buffalo — retained Petersen, of Fleener Petersen Law in Cheyenne, and filed notice that he would be appealing the sentence. Stone asked to remain free on bond while the appeal was pending, but that request was denied by Overfield.

Stone’s wife, Annette, has been sharply critical of the way the Park County Attorney’s Office handled the case, calling it an “overzealous prosecution” for what she described as a medical incident caused by Ambien. In an online posting in January, Annette said it made no sense to look at her husband’s decades-old felonies and called Wyoming’s habitual criminal law unconstitutional.

“Our legal system should not be putting somebody like [Ken Stone] in jail for a long period of time. He is not a danger to anyone,” she wrote as part of a GoFundMe campaign to help with past and future legal expenses. Annette also asked for letters of support for her husband ahead of his sentencing hearing and more than 50 people did so.

As previously reported by the Tribune, the Stones and their two sons later lent their support to Leda Pojman, contributing $6,000 toward her ultimately unsuccessful campaign against Park County Attorney Bryan Skoric in the 2022 Republican Primary Election.

In an online posting in May that laid out her support of Pojman, Annette criticized the charges brought by Skoric and Hatfield against her husband, saying “there is no integrity or ‘fairness’ in the decisions made …”

In a Monday interview, Skoric said Ken Stone’s sentence “could have been far worse” if prosecutors had chosen to pursue the maximum penalties.

“We don’t expect defendants or their families to agree with the state,” Skoric added.

Stone’s appeal was docketed with the Wyoming Supreme Court in August, but on Oct. 28, he signed an affidavit stating that “after weighing all the possibilities, options and facts, it is my desire not to appeal …”

According to the Wyoming Department of Corrections, Stone is currently being held at the Wyoming State Penitentiary, with a projected discharge date in January 2030.