Cody Labs to shut down; dozens being laid off

Less than two years ago, Cody Laboratories was home to 135 higher-paying jobs, planning a massive expansion and praised by local and state leaders as an example of how Wyoming could diversify its …

Cody Labs to shut down; dozens being laid off 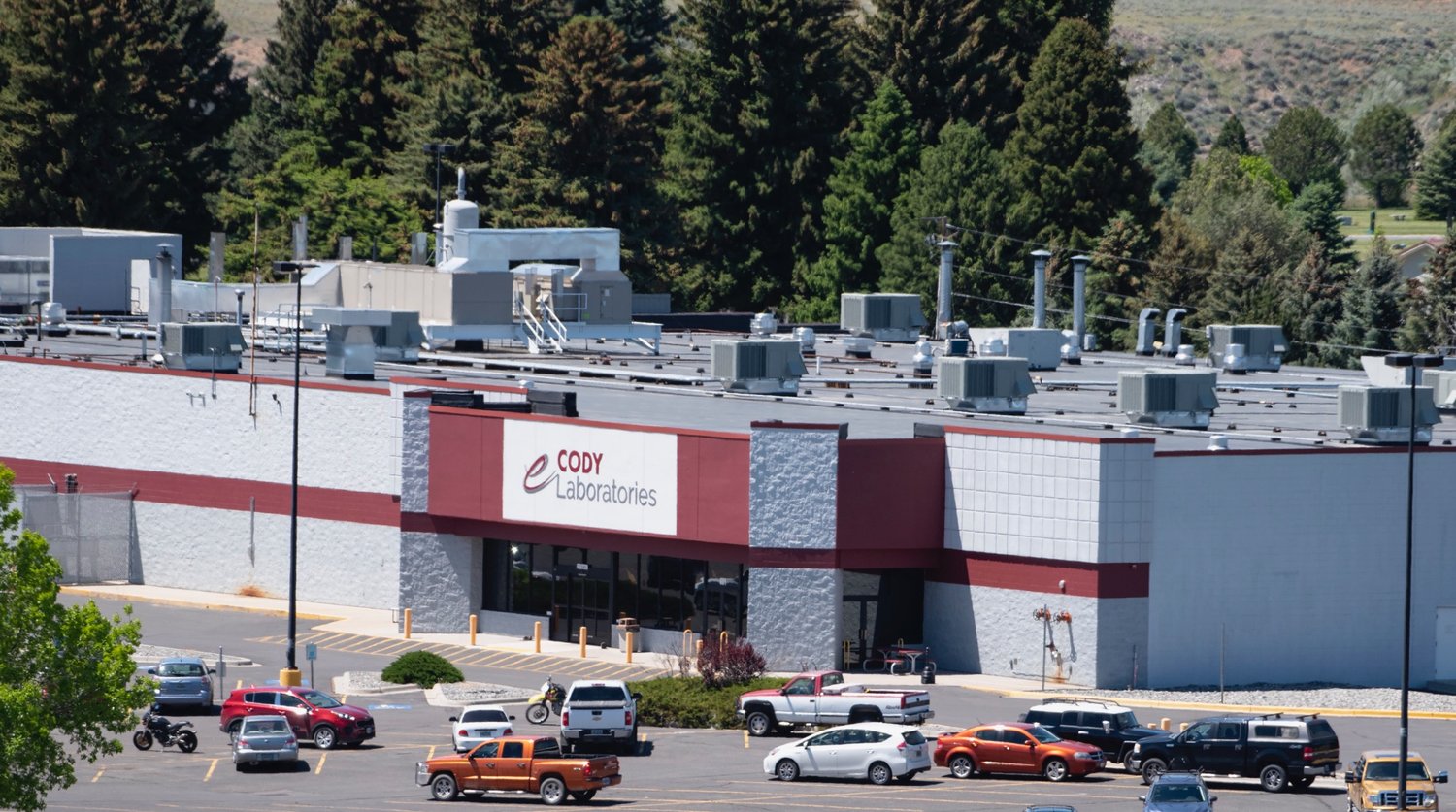 Less than two years ago, Cody Laboratories was home to 135 higher-paying jobs, planning a massive expansion and praised by local and state leaders as an example of how Wyoming could diversify its economy. But by the end of this summer, the pharmaceutical manufacturer will cease operations and close its doors.

Representatives from Philadelphia-based Lannett Company, which owns Cody Labs, broke the news to employees on Tuesday. Lannett officials said the dozens of workers will be laid off in three phases: at the end of June, in early August and late September. A handful of the 80 to 85 current employees may stay on longer to help wind down the operation, the economic development group Forward Cody was told.

In a statement, Lannett spokesman Robert Jaffe called the closure a “difficult” decision. He said all Cody employees are being offered a “generous” severance package and help with finding new jobs.

A few years ago, Lannett had seen Cody Labs and the profitable pain-killing medications it made as being “at the core” of the company’s future. However, that changed as the Lannett began focusing on paying off its substantial debts — and as pain-killing opioids fell out of favor. The rising number of overdose deaths involving the potentially dangerous narcotics have led public health officials and politicians across the country to declare an “opioid crisis.”

Lannett halted its planned expansion in Cody early last year, laid off 50 workers over the summer of 2018 and then announced in October that it was putting Cody Labs up for sale.

However, Jaffe said Lannett has been unable to find anyone interested in continuing to operate the business. He indicated that the buyers currently in the running to purchase Cody Labs are only interested in its assets. That prompted Tuesday’s announcement that the facility is being decommissioned.

“We tried to find buyers and, largely due to the opioid crisis, there are not buyers lining up for this business,” Jaffe said of Cody Labs. “So it wasn’t for lack of trying, it was that the potential buyers at this particular point in time are interested in the assets; they’re not interested in the business. But we certainly tried very hard to sell it as a business.”

Beyond being a blow to the local economy and the dozens of employees who will now have to find other jobs — perhaps in places outside of Cody — the closure is also a setback to efforts to diversify Wyoming’s economy.

Seeing it as a unique opportunity, the State of Wyoming provided a multi-million grant and had agreed to loan tens of millions of dollars to help Cody Labs grow. Forward Cody CEO James Klessens spent years lobbying elected officials on the business’s behalf and the Wyoming Legislature created a large loan program with Cody Labs specifically in mind.

Klessens soured on Lannett more recently, as the company abandoned its plans to expand in Cody and shared little information. However, he was still caught off-guard by this week’s announcement that the company would simply shut down.

“Maybe we should have expected it a little more, but I think deep down you don’t want to believe something like this can happen,” he said Wednesday.

Klessens called the loss of jobs “tragically sad.” He noted the local people who put their energy, heart, soul and passion into building up the company now “trying to figure out what to do with their lives.”

As Lannett sought a buyer for Cody Labs over the past eight months, Klessens said he was assured that multiple buyers were looking at the business, but he wasn’t offered details.

“I [would] think they would be a better community partner than they’ve been, but you know, it’s a good lesson for working with big corporations, I guess,” Klessens said Tuesday, before learning of Lannett’s plans.

He added that, “They promised the world and the stars — and our community and our organization put a lot on the line for these people, and they’re not giving that much regard right now.”

Cody Labs was founded in 2000 by then-Cody resident Ric Asherman, with Lannett acquiring it in 2007.

Forward Cody later partnered with the company to pursue a $2.53 million grant from the State Loan and Investment Board to expand the business. The money helped construct a $3.7 million warehouse on Road 2AB.

Speakers at the event also spoke of how the building might be just the first phase of a full-fledged drug manufacturing campus.

“... with hope and the good Lord willing, in the next couple years, this dream will grow again,” offered then-Cody Mayor Nancy Tia Brown.

At the time, Lannett was completing a fiscal year in which it recorded a gross profit of $306.4 million — and Fortune magazine named it the country’s fastest-growing company.

Hoping to grow further, Lannett made plans to capitalize on Cody Labs’ rare federal license that allows the company to import raw poppy straw — a strictly controlled substance that can be used to make a variety of pain-killing opioids. With an aging American population that will likely seek medications for aches and pains, Lannett saw an opportunity and decided to pursue a $50.5 million expansion in Cody.

In 2017, the Wyoming State Loan and Investment approved a $23 million loan to boost the project. There were hopes that Cody Labs — already one of the largest employers in Park County — could one day surpass 200 employees.

But in early 2018, Lannett halted the expansion project and never accepted the state loan.

New CEO Tim Crew said he wanted to focus on paying down the hundreds of millions of dollars of debt that Lannett took on in an ill-fated 2015 acquisition.

The company later lost one of its biggest and most lucrative contracts, for a thyroid medication called levothyroxine, sending its stock price tumbling last summer. Lannett is also facing litigation, being one of numerous generic drug manufacturers that dozens of state attorneys general have accused of price-fixing; the U.S. Department of Justice has also investigated Lannett's pricing practices.

As for the pain medications made at Cody Labs, Crew noted last year that the market for opioids has shrunk and the regulatory environment has changed. In the face of more than 47,000 overdose deaths involving opioids each year, public health officials have been seeking to limit use of the drugs.

“There are tragedies occurring across this country that must be addressed,” Crew said last year. “And we welcome and support all those initiatives that we think at the end of the day will reduce the use of these products as they get back down to an appropriate base.”

Still, he said “substantial” opportunities remained for Cody Labs — and another company leader told state officials it was his “strong belief” the expansion would eventually move forward.

However, Crew announced in July that, instead of expanding and adding 57 jobs, Lannett would lay off 50 employees and shift production of some of the pharmaceutical products from Cody to Carmel, New York.

“We remain committed to investing in Cody’s operations …,” Crew said at the time, but Lannett announced it was selling off the company a few months later. That was followed by Tuesday’s announcement that the business is being shuttered.

While Cody Labs met its obligation to the state on the $2.35 million grant for the warehouse, it’s currently in the middle of a long-term lease with Forward Cody to use the property. Klessens said Cody Labs and Lannett are obligated to honor the lease, which calls for the company to pay a little more than $100,000 a year to the nonprofit economic development group for 16 more years. He noted that the lease’s favorable terms were based on Cody Labs creating jobs and generating economic activity, so “there won’t be any consideration afforded them for that.”

While saying the state will be made whole for its investment in the 11,000 square foot warehouse, “we’ll have to scramble to figure out what to do with it after this,” Klessens said. He said many details will be discussed in the coming days.

Meanwhile, Lannett officials have said they expect to finalize the sale of Cody Labs by the end of the month.

Editor's note: This version clarifies that the federal government has not formally accused Lannett of price-fixing.