As the Park County Prosecuting Attorney’s Office describes the March 14 crash, Matthew V. Hopkins “intentionally or knowingly cause[d] bodily injury to another with a deadly weapon” — with the weapon being his vehicle. 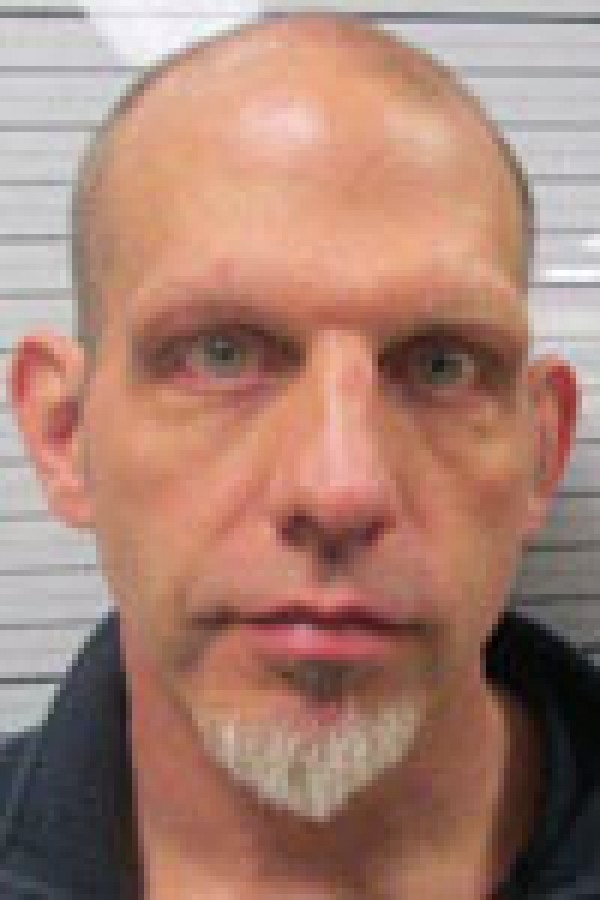 ‘Huffing and driving’ alleged to have caused head-on collision

A Cody psychiatrist is facing a felony charge of aggravated assault after he allegedly inhaled intoxicating vapors, passed out and crashed into an oncoming vehicle last week.

As the Park County Prosecuting Attorney’s Office describes the March 14 crash, Matthew V. Hopkins “intentionally or knowingly cause[d] bodily injury to another with a deadly weapon” — with the weapon being his vehicle.

There is no suggestion in charging documents that Hopkins purposefully drove into the other driver on Cody’s 8th Street, but at a court hearing last week, a deputy prosecutor said the doctor should have known the dangers of huffing toxic chemicals and driving.

It was the second time in four months that Hopkins, 49, has been charged with driving while under the influence; in a November incident, Hopkins is alleged to have clipped a parked vehicle while drunk.

Hopkins had been operating a solo practice called Integrated Psychiatric Solutions, but he said in circuit court that “it’s closed down now because of this.”

Hopkins added that he was planning to take a job in Vermont, but the offer was rescinded because of the DUI charge from November, “so I am unemployed,” he said.

Hopkins — whose specialties include addiction psychiatry — has previously run into trouble with medical licensing boards for struggles with addiction. That trouble dates back to 2003, when his medical license in New Hampshire was suspended after he was caught writing fake prescriptions for Adderall to himself. At that time, he also admitted to a drinking problem and was enlisted in a recovery program for doctors.

Hopkins later moved to Cody and, at the direction of the Wyoming Board of Medicine, was placed in a similar program here. Noncompliance with that Wyoming Professional Assistance Program led to a six-month suspension of Hopkins’ medical license in 2011, board records show, but his privileges to practice medicine were fully restored in July 2015.

In court last week, Hopkins indicated he relapsed into addiction in recent months.

“I understand there was a ‘relapse,’ for lack of a better term, and this [recent arrest] appears to be a continuation of some of those issues, would that be correct?” Simpson asked.

He also said he understood the gravity of the charges.

On Wednesday, Hopkins waived his right to a preliminary hearing — allowing the case to advance to district court, where he’ll next enter a plea. Over the objection of prosecutors, Circuit Court Judge Bruce Waters agreed to lower Hopkins’ bond to $20,000 cash or surety; he made bail and was released from jail on Wednesday, pending further proceedings.

“It’s a problem, and it’s a serious problem,” Waters said of huffing and driving. “And especially when somebody who’s just driving down the street, minding their own business, gets clobbered head-on. That poses a danger to the public.

According to an affidavit from Cody Police Officer Blake Stinson, filed in support of the charges, witnesses saw Hopkins’ Toyota FJ Cruiser cross over to the wrong side of the road and crash into a Chevy truck. The other woman’s truck was knocked 15 feet backwards, Stinson wrote. It was around 8:45 a.m. on March 14.

The woman told police that Hopkins was passed out when he hit her. Two other witnesses had been following Hopkins — concerned about the way he’d been acting — and said they’d watched him nearly crash before he hit the truck. One of those witnesses told police she found Hopkins passed out behind the wheel, with his foot “flooring the accelerator” and a can of Dust-Off in his hand, Stinson wrote.

Dust-Off is compressed gas that’s sometimes referred to as “canned air.” It’s meant for cleaning, but the chemical it contains can be inhaled for a kind of euphoric high; labels on cans of Dust-Off warn that misusing the product and deliberately inhaling it can be fatal.

Simpson had argued for a $20,000 surety bond while Deputy Park County Prosecuting Attorney Leda Pojman argued for bond to be set at $150,000 cash.

“Although on its face that seems like a lot of money, it’s not in this circumstance, your honor,” Pojman said of the $150,000 figure, calling Hopkins “an extreme danger to society, not just a danger.”

“First of all, he’s on probation [sic] for DUI, and what does he do? He allegedly goes out and does this: One of the most dangerous things you can do, your honor, huff and drive — and the doctor should know that,” Pojman said.

She said Hopkins had “no regard” for the law or his bond conditions, “can’t be trusted” and is an “extreme flight risk.”

Simpson said the assertion that Hopkins is a flight risk was “sheer conjecture and speculation without any foundation,” noting Hopkins has spent many years in Cody and has a wife and child there. Simpson suggested that, if allowed to go free on bond, a 24/7 ankle monitor could ensure that Hopkins stays sober.

“He has had some personal issues that have come down very fast and heavy, and obviously the allegations are such that they do need to be dealt with,” Simpson said. He said that’s included “some very difficult financial circumstances.”

In addition to the aggravated assault charge, Hopkins is also charged with misdemeanor counts of driving while under the influence of a controlled substance and unlawful use of a toxic substance for last week’s crash.

In the prior case from Nov. 13, Hopkins is charged with five misdemeanor counts: driving while under the influence of alcohol and controlled substances, leaving the scene of a crash, having an open container of alcohol in a vehicle, no proof of auto insurance and backing without caution.

A witness reported seeing Hopkins’ Cruiser back into a parked, unattended vehicle at Walgreen’s, shortly before noon; the male driver — alleged to be Hopkins — stopped, tried to wipe off the paint and left.

The witness caught the license plate number for Hopkins’ vehicle, prompting a Park County Sheriff’s deputy and officer Stinson to check his home in rural Cody. The peace officers reportedly found Hopkins acting strangely and found an open bottle of vodka in the Toyota.

Hopkins denied being drunk, but acknowledged having consumed alcohol earlier in the day and said he’d taken three prescriptions that morning, Stinson wrote in a different affidavit.

“All three drugs have warnings about driving while using the medication and listing possible negative interactions and increased risk of side effects when combined with alcohol,” Stinson wrote.

Hopkins failed sobriety tests and was arrested, registering a 0.102 percent blood alcohol level at the jail; under state law, a person is considered drunk when their alcohol blood content is at or above 0.08 percent.

Hopkins pleaded not guilty to the charges. Simpson filed a motion to have the case dismissed for lack of evidence in late November — arguing in part that police couldn’t prove Hopkins was the driver of the vehicle or when he drank the alcohol — but earlier this month, the case was scheduled for a change of plea hearing in May.

Editor's note: This version removes incorrect information stating that prosecutors agreed to a bond reduction on Wednesday; in fact, they objected.