Rachel Rodriguez-Williams of Cody has announced her candidacy for the Republican nomination for House District 50. She describes herself as a Republican “who believes dearly in Wyoming’s … 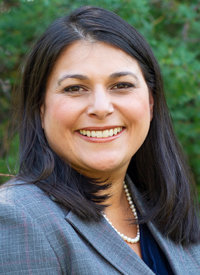 Rachel Rodriguez-Williams of Cody has announced her candidacy for the Republican nomination for House District 50. She describes herself as a Republican “who believes dearly in Wyoming’s state motto, ‘Equal Rights.’”

She’s running on a platform of conservative values, including low taxes, pro-life values, gun rights, support for law enforcement, and resisting what she says is the encroachment of left-leaning politics seen in other states.

“Wyoming will not tread down the same misleading and dishonest paths well-undertaken by California, New York, Illinois, Massachusetts, and other states drowning in the murky swamps of far-left ideologies,” she said in a statement on her candidacy.

Rodriguez-Williams is from Northern California and moved to Wyoming 13 years ago. When her parents retired, they bought a house in Cody, and after regular visits, Rodriguez-Williams followed them to Park County.

“It’s a beautiful place to call home,” she said.

She co-owns, with her husband, a garage door business. She is also the executive director of Serenity Pregnancy Resource Center, which provides abortion-alternative counseling, pregnancy testing and ultrasounds.

“Human life — in all its many stages — has the right to grow and thrive,” she said.

She’s served on a number of boards in the community. Since 2014, she served on the Board of Directors for the Park County Republican Women organization and since 2015, she has served on the Powell Economic Partnership Advisory Board. She’s currently a Park County Republican Party precinct committeewoman. Additionally, she’s a member of her Wyoming Outdoorsmen and volunteered her time for 4-H, local youth hockey, and the Yellowstone Quake Billet.

“My volunteerism and my work experience aligns with my passions in different areas,” she said.

Rodriguez-Williams has a master’s degree in criminal justice administration and spent seven years as a law enforcement officer in Marin County, California. Her platform calls for community-based resources to address substance abuse and mental health treatment.

“It’s a vicious circle, but it doesn’t have to be never-ending,” the candidate stated.

Rodriguez-Williams is opposed to legalizing marijuana and believes it increases drug use.

She’s a member of the National Rifle Association and says she “knows all too well that criminals don’t follow laws.”

“Every law-abiding citizen has a divine and natural human right at self-preservation, self-protection,” she said.

Rodriguez-Williams opposes any across-the-board tax increases, including an income tax. Additionally, she said she would have voted against increases to Wyoming’s fuel tax, tourism tax, and tobacco tax.

“I think eventually we will overcome,” she said. “Wyominites are strong and the industries we have here have the potential to thrive.”

On education, Rodriguez-Williams said she is supportive of school choice, which gives parents options for their children’s education beyond the traditional public school model. She said that all choices, including homeschooling, should adequately prepare students to be “career ready, trade ready, or military ready.”

In the last legislative session, the state faced a $200 million shortfall on K-12 education spending, which is covered with the Legislative Stabilization Reserve Account. Concerns remain over what to do when this “rainy day” fund is exhausted, and this is likely to become a greater issue following the economic turmoil of the coronavirus pandemic.

Rodriguez-Williams said she thinks there are ways the state could create more savings to address K-12 needs.

“I think there’s opportunities for change,” she said.

As an example, she pointed to the issue of “ghost teachers.” The Wyoming education system pays districts for a certain number of teachers based on a formula for what’s needed to adequately educate students, but it does not require that the district actually employ that number of teachers.

A Medicaid expansion bill failed to be introduced in the last session, and Rodriguez-Williams said she would, if elected, oppose any future efforts to enact the measure.

“I would expect it to come up again. I’m not in support of Medicaid expansion. I think you’re opening Pandora’s box,” she said.

Rep. David Northrup, R-Powell, has represented the district since 2013, but has stated he most likely will not run again. If he does, it would be the first time Northrup has had a challenge for the Republican nomination since 2014.

The official filing period for candidates runs from May 14-29. Wyoming’s primary election is Aug. 18.