Despite pressure from former President Donald Trump’s son, the Wyoming Legislature rejected a bill that would have overhauled the state’s election system. 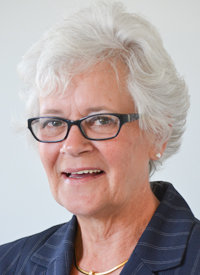 Despite pressure from former President Donald Trump’s son, the Wyoming Legislature rejected a bill that would have overhauled the state’s election system.

Senate File 145 would have extended the campaign season — adding a run-off election that would have come into play when candidates for partisan offices failed to get a majority of the votes cast.

The legislation would have extended the official campaign season by about four months. Instead of filing for office in May, those running for partisan offices would declare their candidacies in January. The primary election would then be held in early June, with a run-off in mid-August (when the primary is currently held) if necessary.

The bill would not have affected the date of the general election in November.

However, the state Senate narrowly defeated the measure on a 15-14 vote last month, with some lawmakers saying they wanted to study the concept in more detail.

“Thank goodness,” Park County Clerk Colleen Renner said of the bill’s failure. She added that, “I think we should take it to the people and see if they want to vote three times a year.”

At the county commission’s April 6 meeting, Renner said she and other clerks had various concerns about the legislation — believing it had some gaps — and about the added expense of holding a run-off election. According to the Sheridan Press, lawmakers heard testimony that a statewide run-off would cost around $1.1 million, with most of the cost borne by counties.

Commissioner Joe Tilden said that prediction was “probably right on.”

“It’s easy to push it off to the counties,” added Commission Chairman Lee Livingston.

The bill’s lead sponsor, Sen. Bo Biteman, R-Parkman, has said his aim was to ensure that the winner of a primary race “has a mandate and the party can get behind their candidate.” He noted that some candidates take a primary election with significantly less than 40% of the vote.

“People understandably are frustrated with the current process,” Biteman said at a March 9 Senate committee hearing. He said SF 145 was intended to make more people happy with the outcome and satisfied that their voice was heard.

However, the conversation around the bill wound up being hijacked by a bigger Republican Party battle, with much of the public discussion about how it might affect U.S. Rep. Liz Cheney, R-Wyo.

Following Cheney’s vote to impeach then-President Trump in January, multiple Republicans — including two state lawmakers — have announced their plans to challenge the congresswoman in the 2022 primary election.

Bill Sniffin, a longtime observer of Wyoming’s politics, suggested in an early March column that Cheney could benefit from a long list of opponents — arguing the only way a candidate could emerge from the pack would be with an endorsement from Trump.

Otherwise, “all these candidates will engage in the oh-so-common Republican firing squad,” Sniffin wrote. “They get in a circle and start shooting. And Liz [Cheney] would emerge as a big winner in the end.”

Days later, the president’s son, Donald Trump Jr., called on Wyoming Republicans to support the runoff bill, describing it as a way to send “Lincoln Project Liz into retirement in 2022.”

“Any Republican in Wyoming who does Liz Cheney’s bidding and opposes SF145 is turning their back on my father and the entire America First movement,” Trump Jr. tweeted March 9.

Biteman distanced his legislation from the GOP fight — “This bill has been in the works long before the Trump v Cheney feud started,” he wrote on his Facebook page — and the version of the bill shot down by the Senate said the new runoff system wouldn’t begin until the 2024 election. Still, that didn’t stop The Hill from running a headline of, “Anti-Cheney measure stalls in Wyoming.”

Clerk Renner’s understanding is that lawmakers will look at Wyoming’s election system as an interim topic between now and the 2022 session.

Wyoming’s county clerks “were really, really happy that it lost 15-14,” she said of the bill, “and that they [lawmakers] were willing to work on a study with us.”