One of President Joe Biden’s nominees for the U.S. Fish and Wildlife Service said Wednesday that the grizzly bear population in the Greater Yellowstone Ecosystem “is doing very, very … 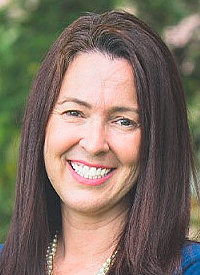 One of President Joe Biden’s nominees for the U.S. Fish and Wildlife Service said Wednesday that the grizzly bear population in the Greater Yellowstone Ecosystem “is doing very, very well.”

Shannon Estenoz, nominated to serve as assistant secretary at Fish and Wildlife, did not directly answer a question about whether Endangered Species Act protections should be removed and the Yellowstone population returned to state management.

However, Estenoz said states “have a tremendous amount of expertise” and “play an absolutely central role when it comes to the Endangered Species Act — particularly when it comes to species recovery and management.”

She added that the goal is to recover species so that they no longer need the protections of the act.

“I believe when species meet the definition of delisting or downlisting, then we should delist or downlist,” Estenoz said, specifically noting the success of the Yellowstone area’s bears.

However, Estenoz also noted that the entire grizzly bear population in the lower 48 states is currently listed as a threatened species. When the Fish and Wildlife Service’s last effort to delist the bears in the Greater Yellowstone Ecosystem was voided in 2018, it was in part because a judge found the agency should have considered the impact on the overall grizzly population.

Estenoz made the comments about bears at a Senate Environment and Public Works Committee hearing, in response to a question from U.S. Sen. Cynthia Lummis, R-Wyo. Lummis called the grizzly population of the Greater Yellowstone Ecosystem “one of the great success stories of the Endangered Species Act,” noting that the administrations of Presidents George W. Bush, Barack Obama and Donald Trump all concluded that the Yellowstone area’s population has recovered.

“... every scientist in the past three administrations agrees [the area’s grizzlies] should be delisted, should be recovered and management handed back to the state,” Lummis said.

She and other Republican members of Congress from Wyoming, Montana and Idaho, recently sent a letter to new Interior Secretary Deb Haaland urging her to “follow the science and support delisting grizzlies in the Greater Yellowstone Ecosystem and Northern Continental Divide.”

Lummis and the other federal lawmakers — Sen. John Barrasso, R-Wyo., and Rep. Liz Cheney, R-Wyo. — said the species has nearly tripled the extent of their occupied range in the Greater Yellowstone Ecosystem and reached its carrying capacity,

In March, Lummis also introduced the Grizzly Bear State Management Act of 2021 to mandate that the Yellowstone-area grizzly bear population be removed from the list of threatened species.

It’s unclear if the bill can gain traction in the Biden administration, but Wyoming’s national representatives have been calling to “modernize” the Endangered Species Act. The legislation, penned in 1973 during the Nixon administration, is the key legislation for both domestic and international conservation and provides a framework for conserving and protecting endangered and threatened species and their habitats.

In her remarks to the Senate committee on Wednesday, Estenoz said she would make it a priority to understand and work closely with states to get endangered species to the point where they can be delisted — with a particular emphasis on predators.

“Species recovery is always challenging,” she said, “but I want to recognize that there are special challenges when it comes to predator recovery — particularly for folks on the ground who find themselves sharing the landscape with a recovering predator species.”

Estonoz added that, “it’s really important for folks to feel supported and listened to and we have the right tools in the toolbox to help folks live and exist with a recovering predator species.”

She called state management and expertise “absolutely essential” to that approach, and Lummis said she was “delighted” to hear the nominee’s strong belief in state partnerships.