The bad news is, the value doesn’t really matter unless you want to sell and are able to find a buyer, and sales of rural ag land are lagging. 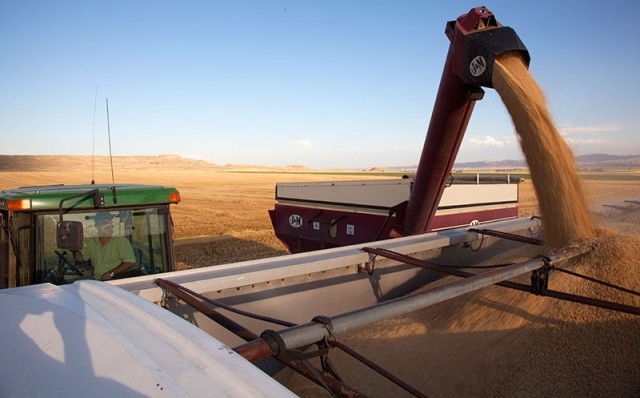 The good news is that agricultural land is increasing in value in Park County and Wyoming.

The bad news is, the value doesn’t really matter unless you want to sell and are able to find a buyer, and sales of rural ag land are lagging.

Steven Gunn of the Wyoming Field Office of the USDA’s National Agricultural Statistics Service in Cheyenne reported that the average value of farm and ranch real estate in Wyoming on Jan. 1 was $540 per acre. Those are the most recent statistics available. U.S. Department of Agriculture officials in Washington, D.C. must approve final 2011 crop reports before they can be released, Gunn said.

Farm land values went up 3.8 percent from $520 per acre a year earlier, according to Gunn. Agricultural real estate values include farm and ranch land and buildings. Farm real estate values in Wyoming have risen 10 percent or $50 per acre since 2007. Average value per acre was the second lowest in the nation (excluding Alaska and Hawaii) with New Mexico being first at $500 per acre.

Eric Loloff of Running Horse Realty in Powell pointed out it’s difficult to apply statewide averages to Park County land values, because land across Wyoming varies so widely in the amount of precipitation and the types of crops produced.

Some areas of the state can grow winter wheat on dry land farm ground that receives 16 inches of precipitation a year, Loloff pointed out.

“Up here we don’t raise anything on dry land,” Loloff said, with only about 6 inches of precipitation a year. Growers in this area depend on irrigation for most of their crops.

And recently, a parcel close to the city limits with potential for eventual development sold for $5,000 per acre, Loloff said.

Some Big Horn County irrigated ground has sold for around $2,300 per acre, he said.

“That’s where our prices are here, currently,” Loloff said.

But first the land has to sell. Loloff said about 100 small parcels — of two acres up to 35 acres — are currently on the county multiple listing service (MLS). He said 41 such parcels changed hands in 2006. So far in 2011, “three or four sold,” Loloff said.

Small parcels are “not doing very much,” he said, with the uncertain economy. Rural lots suitable for residential building are moving slowly, if at all. “People aren’t anxious to do anything at all at this point.”

Pasture land has sold at about $500 to $1,000 per acre in the Powell-Cody area, Loloff said. This ground is not in crops but “just really good grass” for livestock grazing.

The USDA statistics service reported that rents are increasing in Big Horn County, from an average $79 per acre in 2010 to an average of $89.50 in 2011. Not enough information was available to generate statistical information on cropland and pasture rental costs in Park County.