In her two years at Northwest College, Bossan Abdyyeva has seen a lot of success. The sophomore from Turkmenistan is the first international student to hold the position of president in the Student … 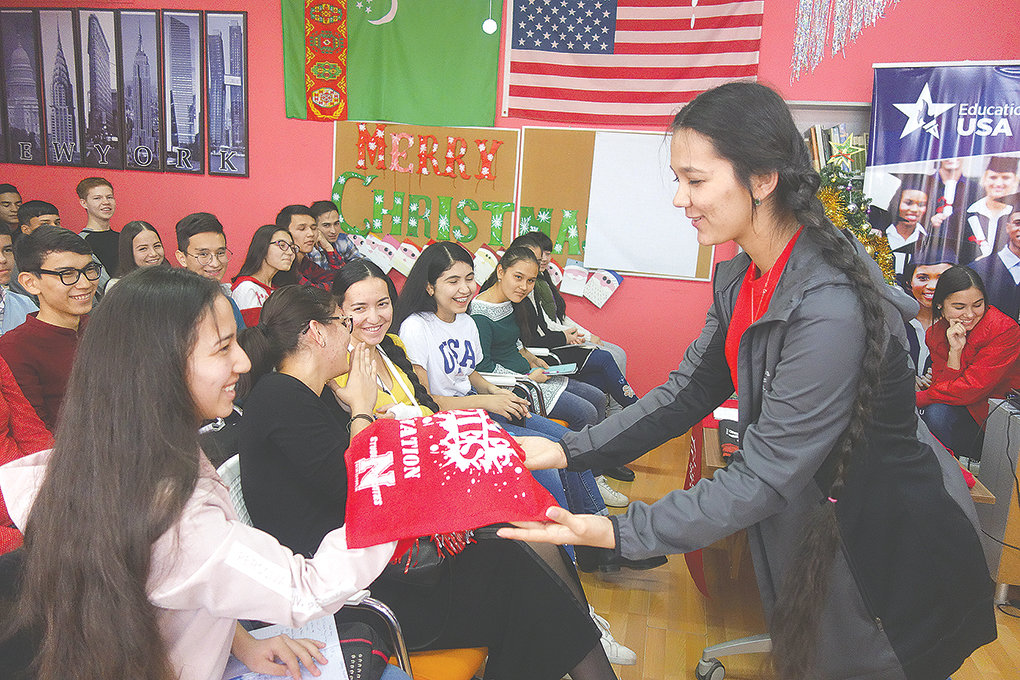 Bossan Abdyyeva became the first international student to become president of the Northwest College Student Senate. She plans to return to her native Turkmenistan and work to effect change.
Courtesy photo
Posted Thursday, May 14, 2020 8:25 am 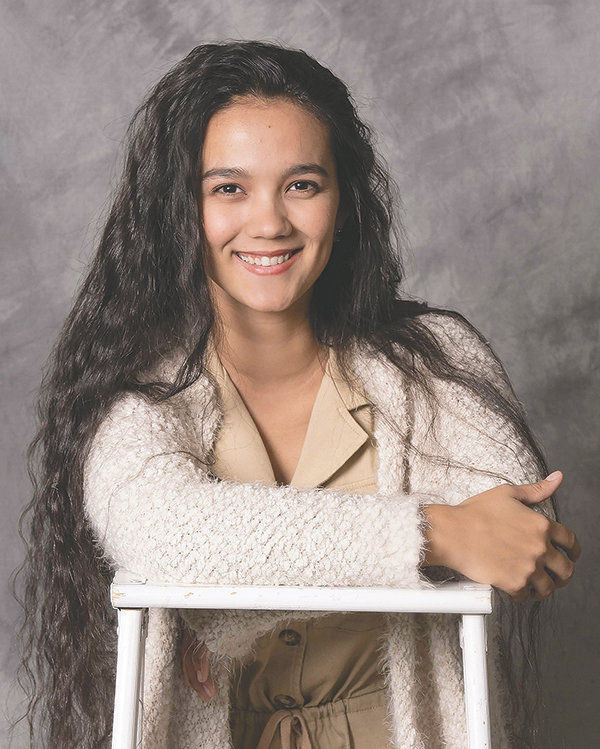 Bossan Abdyyeva of Turkmenistan is graduating from Northwest College on Friday. ‘I love this place,’ she said. ‘This is the place where I became independent.’
Photo courtesy Ronnie Wolfe Studios
By Kevin Killough

(Editor's note: After publication, Abdyyeva clarified some of her comments, saying there had been some miscommunications due to the language barrier. This story has been updated to reflect those clarifications.)

In her two years at Northwest College, Bossan Abdyyeva has seen a lot of success. The sophomore from Turkmenistan is the first international student to hold the position of president in the Student Senate — and on Friday, she will graduate with a double major in Spanish and international studies.

Before she came to NWC, Abdyyeva had a very different picture of what life in America was like, being taught that Americans have lots of guns and go around murdering each other. For cultural reasons, women don’t have many rights in her family — something as simple as wearing pants is frowned upon — and so their take on American women was also not very flattering.

However, Adbyyeva quickly learned after she started studying at NWC that none of that was accurate.

“Yeah, they have guns here but they’re not killing everyone. It’s Wyoming, where everyone has seven guns, but they’re using it just for hunting,” she said.

Immersed in a culture that values liberty and equality between the genders, Abdyyeva said she has come to appreciate the freedoms all Americans enjoy and the independence women have here. Now she’s eager to return home, where she hopes to bring these ideals to Turkmenistan.

“I love America, but I have my country that I love an [am] willing to put input in,” Abdyyeva said. “I am quite a patriotic person. I want to go back and serve for my country.”

She is graduating this semester and is a speaker for Friday’s virtual commencement. Her speech was pre-recorded, and she said she’s looking forward to seeing it.

“I want to know how well I did,” Abdyyeva said with a laugh.

Next semester, she plans to transfer to Montana State University Billings — or possibly Mississippi State, depending on finances — to pursue a doctorate degree in political science. Abdyyeva’s passport expires in 2025, so she is going to have to rush past her master’s degree and go straight for the Ph.D. With that education, she hopes to become an ambassador in Turkmenistan, which she hopes will grant her the influence she needs to effect positive changes there.

Abdyyeva is from Sakar-chage, a small village that sits a few hours from the borders of Afghanistan and Iran. Life is quite a bit different there.

“My family is conservative,” she said.

Women have very limited choices back in her homeland; in Abdyyeva's family, women become tailors, and their families arrange their marriages. Abdyyeva’s older brother didn’t meet his wife until they got married — and her family was planning to arrange her marriage when she went off to school.

Women have a curfew of 6 p.m. Abdyyeva said it wasn’t really a law that women had to be home by that time, but they face strong social pressures to comply with these expectations. If a woman comes home late or otherwise behaves independently, she’s seen as a bad woman in her family. And if a woman gets a bad reputation, no man will marry her, which will greatly limit her possibilities in life, few that they are to begin with.

Even before she came to enjoy more freedom in America, she garnered disapproval for her independent streak back in Turkmenistan. Trying to earn some money, she tutored male students in English at her home, and rumors began to spread that they were boyfriends coming to visit her.

On a limited budget, Abdyyeva looked for affordable schools in America. Among those she could afford, she spotted NWC’s mountainous logo. Coming from a country that’s mostly desert, the thought of studying in the mountains was appealing. So, she sent an email to Kara Ryf, NWC’s international program coordinator.

“She replied to me in, like, five minutes,” Abdyyeva recalled.

More emails followed, which also received quick replies. Abdyyeva ended up landing a full ride scholarship for her first year, and she later gathered enough scholarships to cover her second year as well.

Abdyyeva went back to her home country a few months ago to help recruit more Turkmen students to NWC. The school paid for her travel so she could give presentations about NWC and hopefully get more students to come to Powell for their educations.

Back in their home country, Abdyyeva and Hasanova worked as manager assistants at an American Center. Run by the U.S. Embassy, it’s a kind of public library, internet center and meeting place, designed to provide information about America.

“We became really close friends, and then I kind of forced her to come here,” Abdyyeva joked.

Hasanova had applied to the Savannah College of Art and Design — one of the top animation schools in the U.S. — and was accepted. But Abdyyeva, who’d been at NWC for about a year, was very much missing her friends and family back home. Pointing to advantages like NWC’s lower tuition, Abdyyeva persuaded her friend to join her in Powell.

“I was so happy when she [Hasanova] arrived here,” she said. “Imagine not seeing your family for one year, and your best friend comes to your college.”

Tair Masharipov, a third Turkmen student, volunteered at a different American Center and also ended up at NWC and in its Student Senate, where Abdyyeva is president.

Abdyyeva’s desire for leadership was a big reason why she ran for the body’s top post. She had previously served as a representative of the international students, but it wasn’t an executive position.

“As the international representative, I felt like I was part of the team, but now I feel like I’m leading the team,” she said.

Besides her education and career plans, Abdyyeva has had another big development in her life. While at NWC, she met Saad Alajaji of Saudi Arabia and the two students started dating in the fall of 2018. This past Valentine’s Day, he proposed and Abdyyeva said yes.

“Northwest College became a place I found my partner,” she said.

Ultimately, Abdyyeva’s plan is to return to Turkmenistan, although her recent trip back presented a kind of culture shock. She’d become accustomed to her independent life here in America and forgot how to behave as women are expected to in her home country.

While she has big plans for the future, Abdyyeva said she’ll miss America when she returns home.

“I love this place,” she said. “This is the place where I became independent. This is where I found myself.”