A mysterious shiny dot in the skies above Powell on Tuesday night turned out to be not so mysterious. 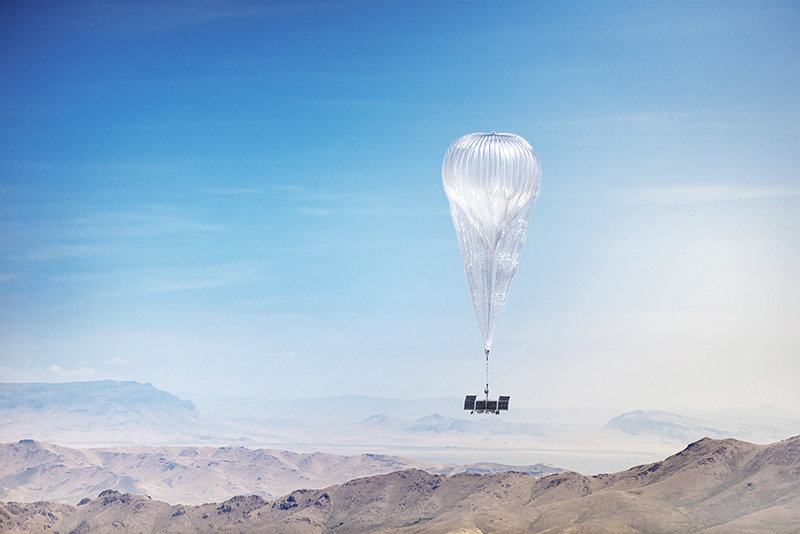 A stratospheric balloon, which probably looked something like this, soared high above the Powell area Tuesday night, appearing as a bright dot in the sky.
Photo courtesy Loon
Posted Thursday, July 8, 2021 8:20 am
By CJ Baker

A mysterious shiny dot in the skies above Powell on Tuesday night turned out to be not so mysterious.

The bright object — which gleamed brighter than a star or planet in the setting sun — was a stratospheric balloon. Flight tracking data indicated the balloon is operated by Loon, a project from Google’s parent company that has sought to provide internet service from the stratosphere to underserved, remote areas.

FlightAware data indicated the balloon, identified as HBAL546, has been traveling the country — being spotted in Missouri, Nebraska, Utah and Colorado in recent days. The dot in the sky generated some social media buzz when it passed over the Red Lodge area on Monday.

“... It’s spying on all of us,” offered one resident on the Red Lodge Buzz Facebook page.

Another resident reacted with disappointment after commenters on the thread noted the unidentified object was in fact a balloon and not of extraterrestrial origin.

“I was hoping to be abducted,” she joked.

After floating around the Red Lodge area, the balloon drifted toward Clark, Cody, Burlington, Worland and Greybull by Wednesday morning. By early evening, it was over Shell.

Data from FlightAware indicates the balloon has been traveling at 53,000 to 65,000 feet above the earth — well above the height where airplanes operate.

There was some remaining mystery to the balloon, however, as Loon has been winding down its operations; the company announced in January that it was closing after being unable to build a sustainable business model. An email to Loon asking whether the company’s balloons and internet service are still operational was not immediately returned.