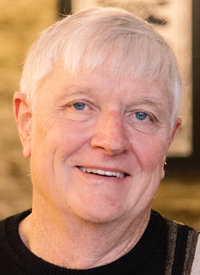 He was born June 5, 1952, in Sidney, Nebraska, to Dean and Dolly Shultz. Steve grew up in Sidney and Powell.

After four years as an officer in the Marines, Steve met the love of his life, Nancy, at a house party in Casper, Wyoming. They were married in August 1980. After Steve earned his degree in petroleum engineering at the University of Wyoming, he and Nancy moved to Bakersfield, California, where they welcomed their daughter and son, Casey and Dean.

In 1991 the family moved to Wasilla, Alaska, where they raised their children. Casey cherishes the memories of their annual father-daughter fishing and camping trips. Dean cherishes the time they spent traveling for hockey tournaments around Alaska.

Steve was a doting husband, father and grandfather. He told his family that he loved them every day and friends remember him fondly as a soft spoken and fun-loving guy. He had many talents including water color painting, woodworking and beekeeping. He was a passionate bridge player and was often dismayed that his family could never seem to remember the Jacoby Transfer.

A celebration of life will take place in Cody, Wyoming on Thursday, July 7, 2022. Please email caseyshultz.msp@gmail.com for details.

We want to extend a special thank you to the medical professionals at West Park Hospital in Cody, who provided compassionate care to Steve in his final days and helped him die with dignity with his family present. Condolences can be sent to Steve’s family at www.BallardFH.com.