Concerned with the bloody past of the mountain’s namesake, a state panel is recommending that Mount Doane in Yellowstone National Park be renamed as First People’s Mountain. 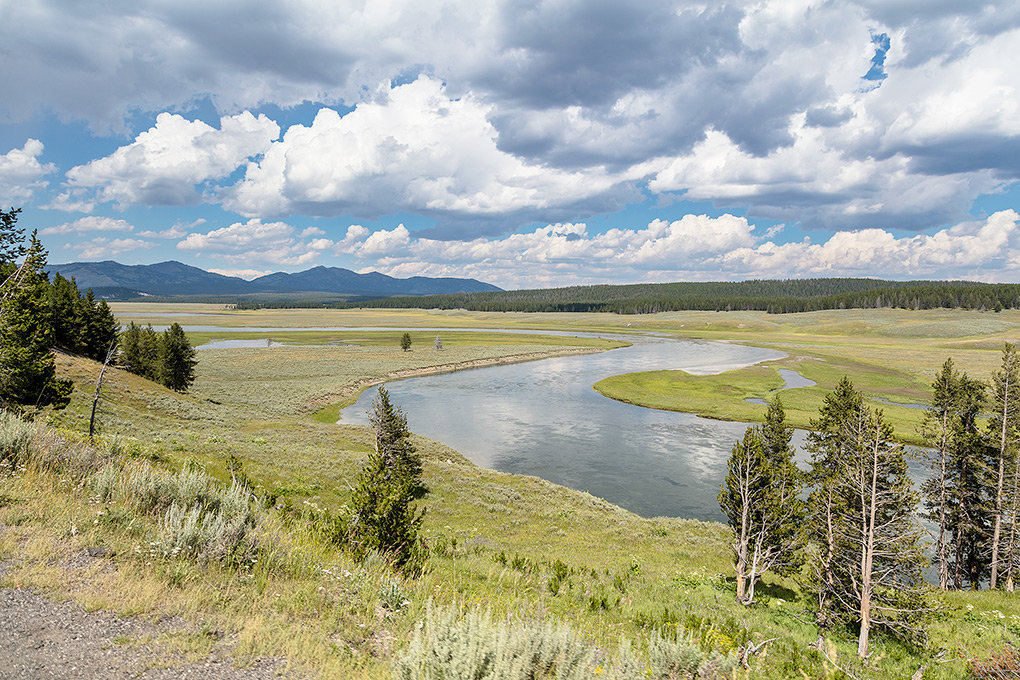 Several Native American tribes want Yellowstone National Park’s Hayden Valley to be renamed as Buffalo Nations Valley. On a 7-1 vote last week, the Wyoming Board of Geographic Names disagreed, recommending it continued to bear the name of geologist Ferdinand Hayden. However, in a 6-2 vote, the board agreed with the tribes in recommending that Mount Doane — named after soldier and explorer Gustavus Doane — be changed to First Peoples Mountain.
Photo courtesy National Park Service 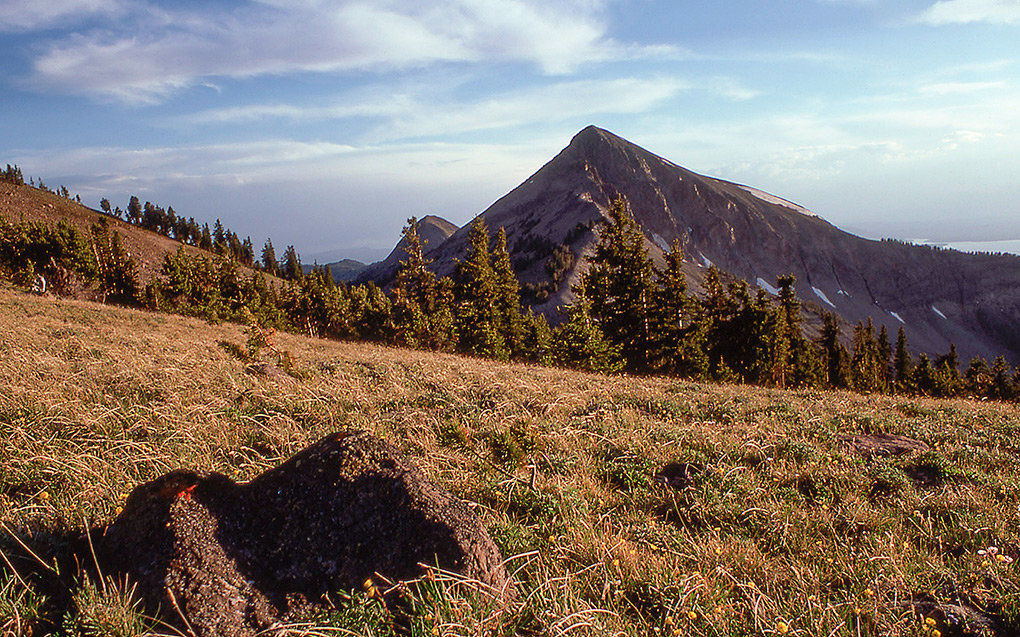 This summit has been known as Mount Doane since 1885, when Ferdinand Hayden named it after Gustavus C. Doane. However, the U.S. Board of Geographic Names is now being asked to rename it because of Doane’s role in a massacre of Native Americans.
Photo courtesy National Park Service 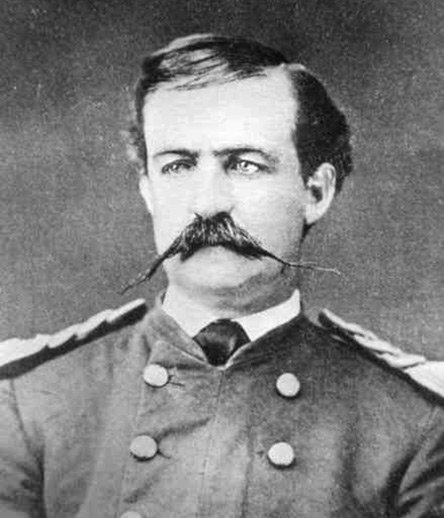 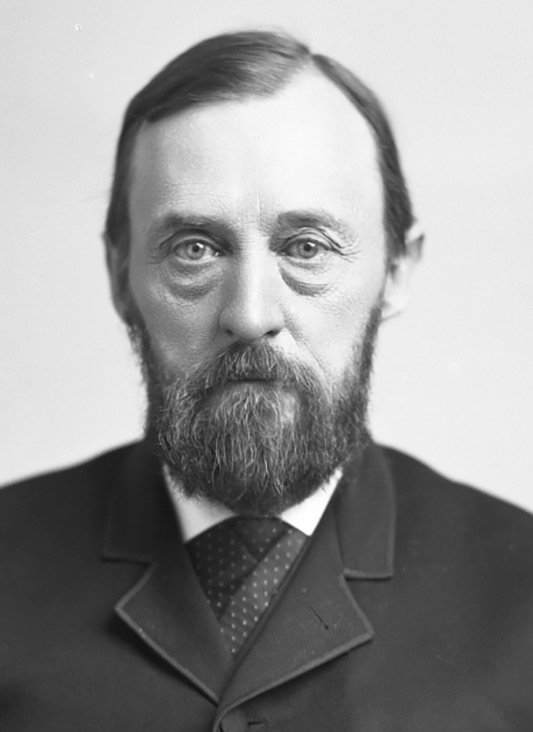 Concerned with the bloody past of the mountain’s namesake, a state panel is recommending that Mount Doane in Yellowstone National Park be renamed as First People’s Mountain.

The mountain bears the name of Gustavus C. Doane, a former captain in the U.S. Calvary who helped lead one of the country’s first expeditions into Yellowstone National Park in 1870.

However, a coalition of tribes say Doane’s participation in an earlier massacre of Native American women and children makes him “a war criminal” whose name has no place on a major Yellowstone feature. They suggested First Peoples Mountain as a new name.

The Native American tribes also say that Hayden Valley — named for geologist, surveyor and physician Ferdinand Hayden — should be rechristened as Buffalo Nations Valley; the tribes charge that Hayden was a white supremacist who advocated for genocide, though there’s debate as to whether Hayden made some of the racist statements attributed to him.

The tribes’ petitions have been pending since 2017, while the U.S. Board on Geographic Names has sought input from the Park County Commission, the Wyoming Board of Geographic Names and the National Park Service.

On Thursday, the Wyoming Board of Geographic Names voted 7-1 to recommend that Hayden’s name remain attached to the valley that lies north of Yellowstone Lake. Board chairman Jack Studley, a Cheyenne surveyor, noted Hayden’s “significant contributions to science, geology and the survey of the Greater Yellowstone Area,” according to preliminary minutes from the meeting.

However, the board voted 6-2 to support stripping Doane’s name from Mount Doane.

Studley was among the dissenters, arguing that “the purpose of the board is not to correct injustice,” according to the minutes.

“Features are named for individuals that had an impact on the area,” he continued, highlighting Doane’s work in helping to survey and promote Yellowstone through a pair of expeditions.

However, board member R.J. Pieper of Rock Springs said all his research “indicated that Doane was a horrible man who actively engaged in violence towards Native people,” the minutes say. Pieper reportedly added that “murdering women and children is not ‘battle.’”

According to a summary of the 1870 Marias Massacre, prepared by staff for the U.S. Board of Geographic Names, Doane’s commanding officer had been told to attack a hostile band of Piegan Blackfeet outside present-day Dunkirk, Montana. However, after an error, Major Eugene Baker directed his troops to attack a different, non-hostile band of Piegan, who’d been promised protection by the federal government.

“Reports of those killed varied, but as many as 217 Piegan, mostly women and children, were slaughtered,” according to the national board’s research. “At the time, most of the young men were away hunting bison; many of the band were also suffering from smallpox.”

Despite being part of an attack on the wrong group of people, First Lt. Doane took pride in what he called “the greatest slaughter of Indians ever made by U.S. troops.” When he later lobbied to become the first superintendent of Yellowstone National Park, Doane cited the massacre as an accomplishment.

“I remember the day when we slaughtered the Piegans, how it occurred to me, as I sat on the bank of the Marias [River] & watched the stream of their blood, which ran down on the frozen river over half a mile, that the work we were doing would be rewarded, as it has been,” Doane wrote in 1891.

Doane didn’t get the park position and died the following year at the age of 51.

His name has lived on at the Yellowstone peak — having been on the map since 1885 — but the ancestors of the Piegan people and other tribes say it’s time for that to change.

In 2014, the Rocky Mountain Tribal Leaders Council passed a resolution calling for Hayden and Doane’s names to be removed.

“It must be remembered that Yellowstone was a homeland, a sacred cultural landscape to 26 tribes, before it was a National Park. However, a visitor to Yellowstone today would not know that, due to the lack of cultural interpretation. A change in that respect is long overdue,” the tribes wrote. “America’s first national park should no longer have features named after the proponents and exponents of genocide, as is the case with Hayden Valley and Mount Doane.”

Members from the Rocky Mountain group and the Great Plains Tribal Chairmen’s Association — including the leaders of the Eastern Shoshone Tribal Council and the Northern Arapaho Tribal Council on Wyoming’s Wind River Indian Reservation — formally submitted a petition to the U.S. Board on Geographic Names in September 2017.

A couple historians have echoed the tribes’ calls for Mount Doane to be renamed. They include Paul Wylie, who wrote a book about the Marias Massacre.

“Clearly, Gustavus Cheyney Doane was not worthy of having a mountain named for him, then or now,” Wylie said in 2017.

However, the Billings Gazette found that historians’ views were more mixed about Hayden, who’s widely credited with helping to convince Congress to make Yellowstone a national park.

In their argument for removing Hayden’s name from the picturesque valley, the tribes cite multiple statements associated with him.

For instance, a portion of his 1872 Preliminary Report of the United States Geological Survey of Wyoming says that “unless they [Indians] are localized and made to enter upon agricultural and pastoral pursuits they must ultimately be exterminated.”

In a 1883 compendium on North America, meanwhile, Hayden is listed as the editor of statements that refer to Indians as a “lower race,” talks of other people being “tainted by negro blood,” and asserts that “the pre-eminence, both intellectual and moral, of the white race” is “incontestable.”

“If Hayden’s name is retained [in Hayden Valley] ... is there disquiet that a family’s album of smiles and selfies was made in a valley named after somebody who proposed the ‘extermination’ of another race, and vindicated slave owners because, after all, he believed ‘the pre-eminence, both intellectual and moral, of the white race’ was ‘incontestable?’” asked a 2017 resolution from the Great Plains Tribal Chairmen’s Association.

However, there’s some dispute as to whether Hayden authored those passages. The U.S. Board of Geographic Names’ staff report says the statement about the potential need to “exterminate” Native Americans was not written by Hayden, and the authorship of the racist statements in the compendium — which was originally written by an Austrian historian — is unclear.

“That was kind of ambiguous to us, too,” said Shelley Messer, the executive director of the Wyoming Board of Geographic Names. “It seemed like those quotes were credited to him [Hayden], but you don’t know if he was just parroting, the times, the political climate at the time or if that was really his true thoughts.”

According to the preliminary minutes from Thursday’s state board meeting, “there was some discussion regarding Hayden’s opinions, but opinions are not as horrible as actions.”

The Wyoming board had planned to hold off on making any recommendations until hearing what the Park Service had to say. However, the federal agency has yet to weigh in.

“... We are looking at the issue,” Jeremy Barnum, a National Park Service spokesman in Washington, D.C., said Monday.

“Nobody wanted to be that [first] person,” Messer said of the state’s board decision to vote. “But we owed it to our stakeholders to make a decision. And we took that responsibility very seriously.”

As part of their efforts to have a “thoughtful” process, she said the volunteer board members dug into biographies and other materials about Hayden and Doane.

“We wanted to make sure that we did our due diligence and we did our research and it wasn’t a knee-jerk reaction,” Messer said.

During a May 1, 2018, meeting, then-Commissioner Tim French called the proposals “totally ridiculous” and the “dumbest thing I’ve ever heard.”

“It’s political correctness gone amok; they’re trying to rewrite history,” said French, who left the commission at the end of 2018. “I’m sure sometime in the last 100 years some Indian has said something derogatory about a white dude, you know what I mean?”

Commissioner Tilden similarly called the suggested name changes “the most ludicrous thing I’ve ever heard in my life.”

A couple weeks later, on May 15, 2018, commissioners drafted a formal letter to the U.S. board laying out their views. They noted that Hayden Valley and Mount Doane had held those names for more than a century, questioned the need for a change, cited pride and respect for the country and Park County’s history and said attempts to analyze Hayden and Doane should be viewed in the full context of their lives and the times.

”It can’t be a tunnel vision of ... this is the only thing this person did,” Commissioner Lee Livingston said last year. “I mean, you start looking at historical figures and you can sure probably pick out one or two things they’ve all done that probably weren’t politically correct in today’s environment.”

French added that, ”You can’t possibly ... right the wrongs, perceived wrongs, from everybody in the nation’s, whatever, 400 years, 500 years of history, however long it’s been.”

If Hayden’s and Doane’s names are removed from Yellowstone, that may not end the debate, however, as their names — particularly Hayden’s — adorn multiple landmarks around the West.