The occupants of the Piper Cub — a student pilot and a local flight instructor — were not injured. 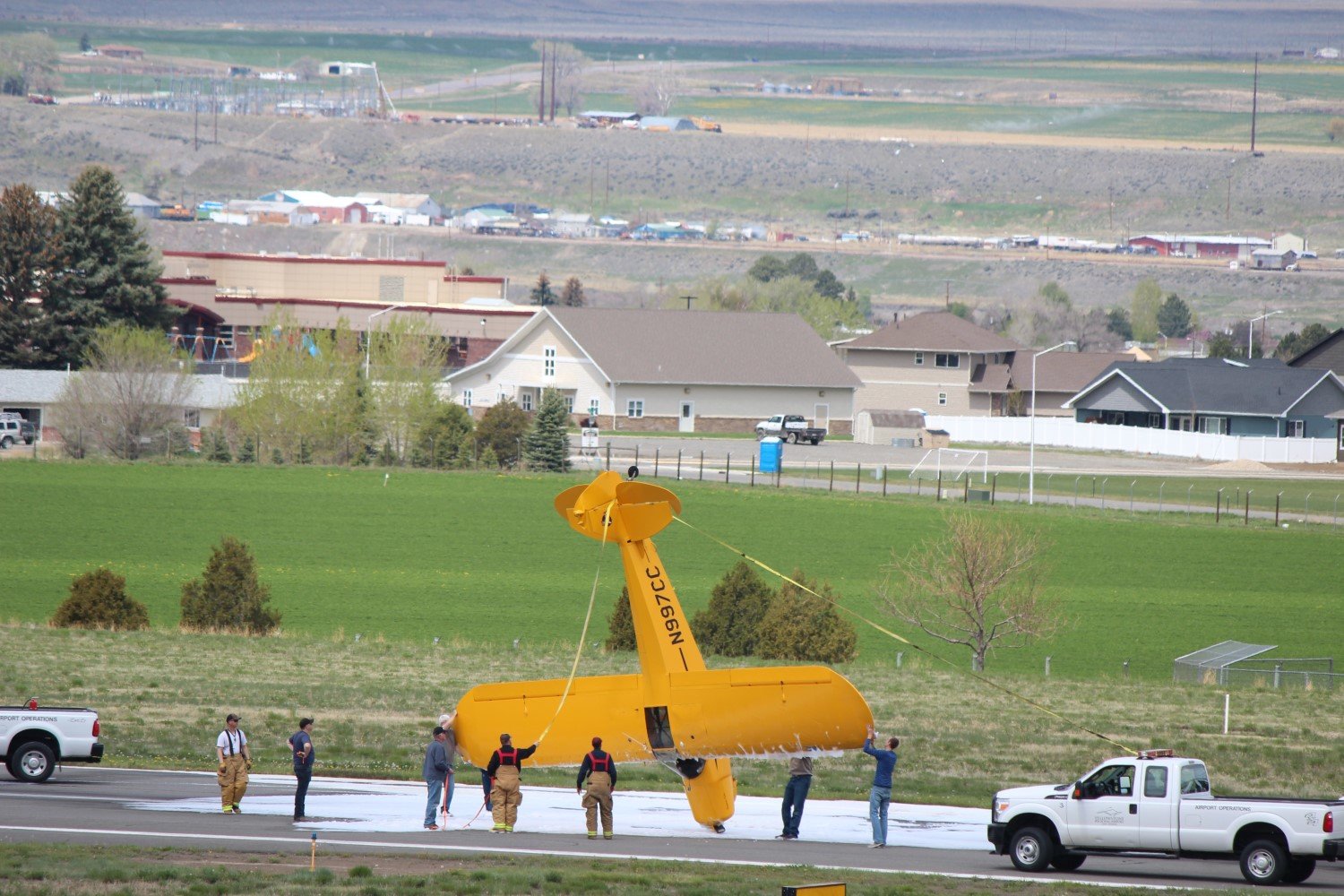 Firefighting personnel and others work to right a plane that flipped over while landing at Yellowstone Regional Airport on Saturday morning. A student pilot and flight instructor on board were not injured.
Photo courtesy Vince Vanata 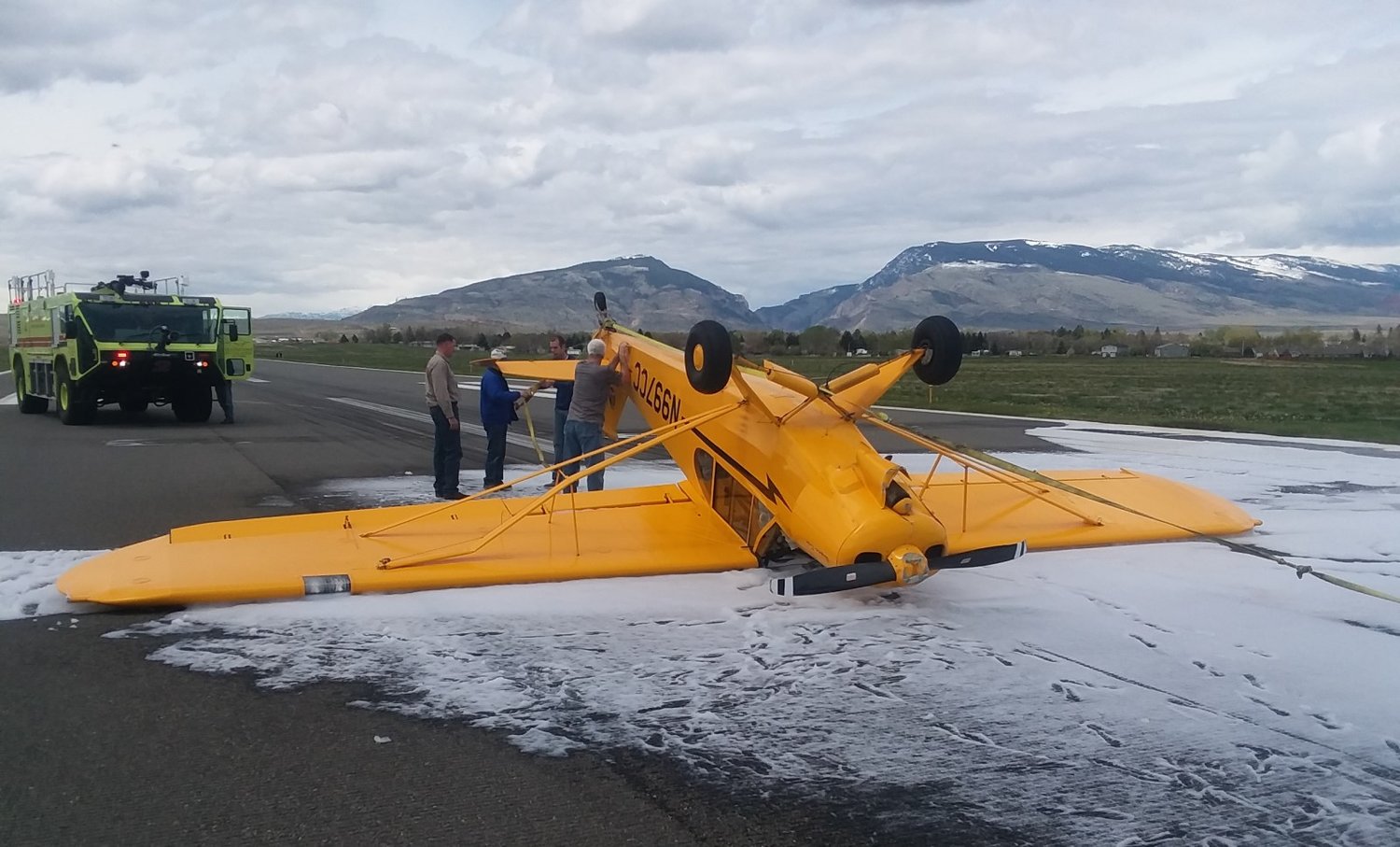 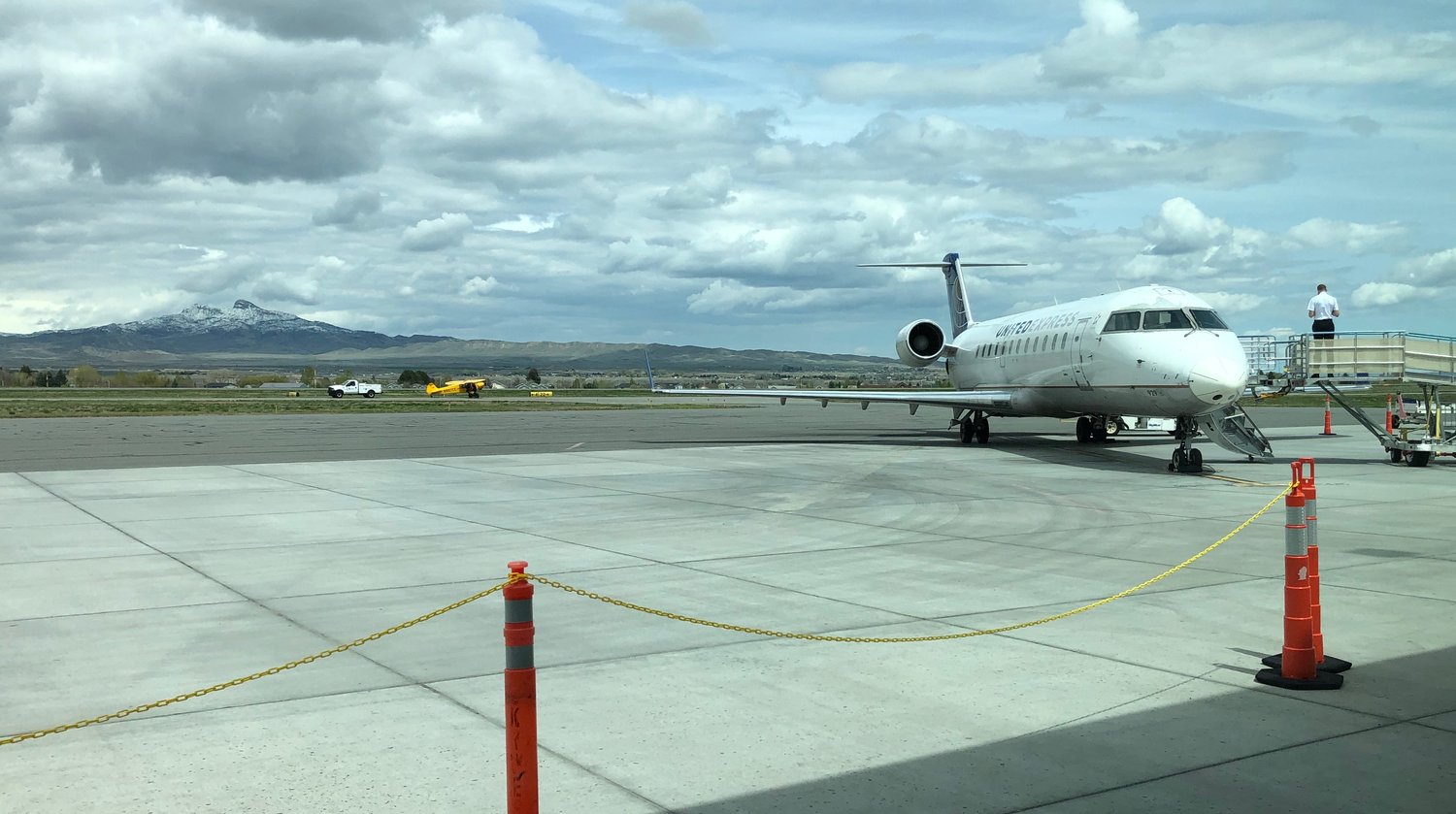 While a pilot from a delayed United flight watches, a private plane is moved along the runway after crashing at Yellowstone Regional Airport Saturday morning.
Tribune photo by CJ Baker
Previous Next
Posted Saturday, May 25, 2019 12:40 pm
By CJ Baker

The occupants of the Piper Cub — a student pilot and a local flight instructor — were not injured, but the Cody airport was closed for roughly two hours while personnel worked to investigate the incident, right the plane and move it off the runway.

The aircraft crashed on the northeast end of the runway around 11 a.m. Yellowstone Regional Airport Director Bob Hooper said the plane "apparently was affected by winds while landing, causing the aircraft to flip and come to rest upside down." The airport's aircraft rescue and firefighting personnel responded and assisted with the incident.

The plane is owned by Hunt Oil Co., a Dallas-based oil and gas company that owns property around Park County. Hunt Oil is part of a family companies that includes Hoodoo Land Holdings, which owns and operates the sprawling Hoodoo Ranch south of Cody.

The Federal Aviation Administration and the National Transportation Safety Board are handling the incident.

(Editor's note: This post has been updated with more complete information, including being corrected to note that there were two people in the plane. Passengers on the delayed United flight had been told by staff that there was only one occupant.)