When Korbyn Warren set out to create a xylophone with PVC pipe, he wasn’t thinking about the Wyoming State Science Fair. But Warren’s project eventually led him to the statewide … 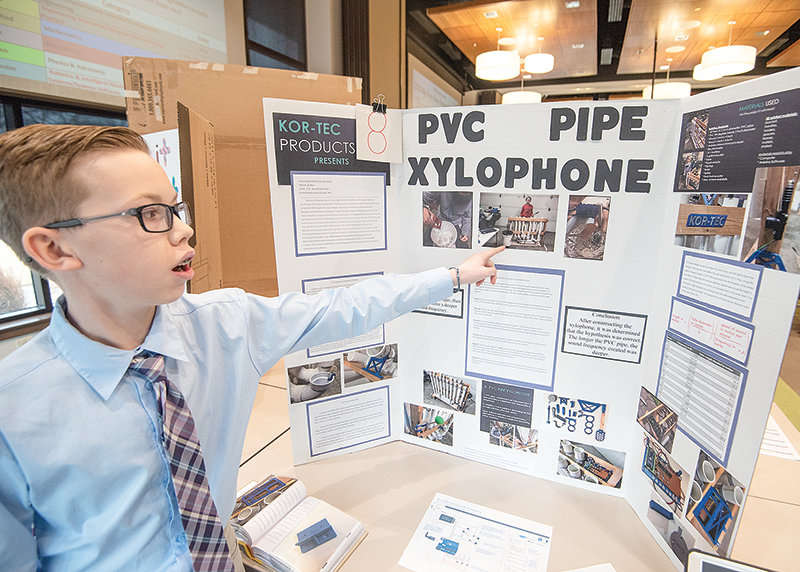 Korbyn Warren talks about his xylophone project at the Regional Science Fair at Northwest College, where he placed first in his category. Warren went on to win first place at the state competition.
Tribune photo by Carla Wensky 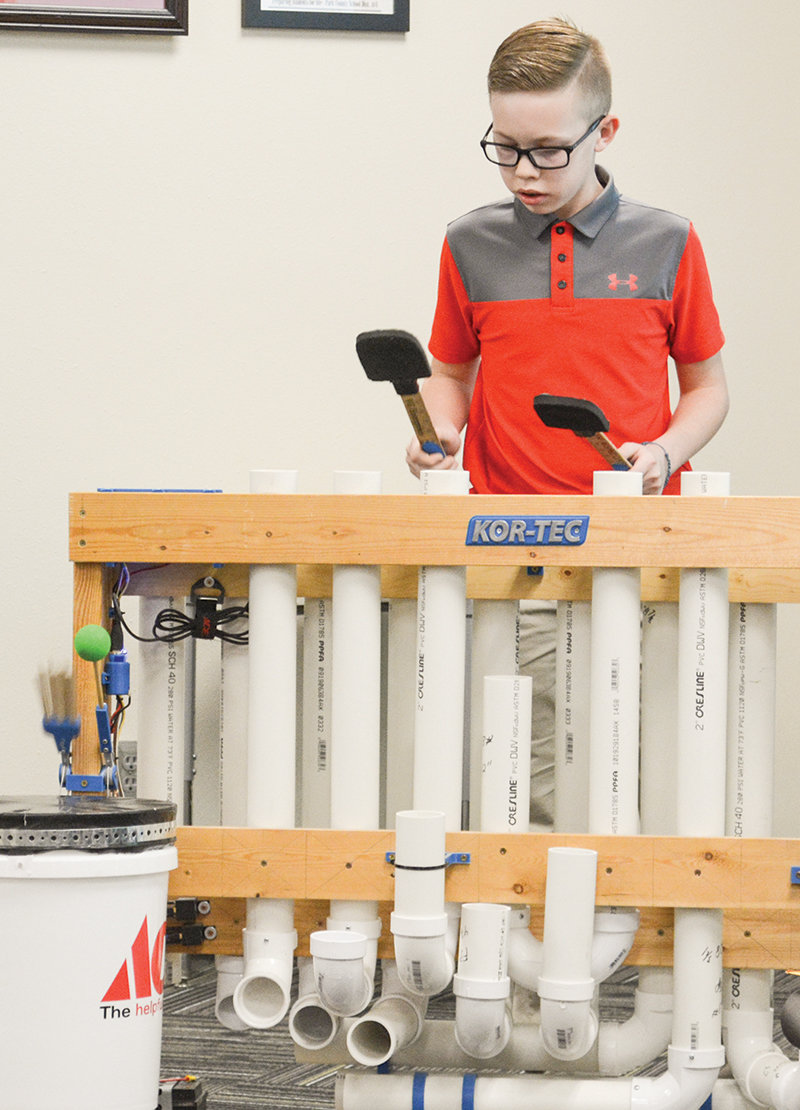 When Korbyn Warren set out to create a xylophone with PVC pipe, he wasn’t thinking about the Wyoming State Science Fair. But Warren’s project eventually led him to the statewide competition, where the sixth-grader won first place in his category.

“When I heard I won, I was surprised,” Warren said. “Winning was a big accomplishment because there were kids from all over the state there.”

Warren came up with the idea for a PVC xylophone while working on a Genius Hour project for his science class at Powell Middle School.

“This is a project that was completely our choice and included our interest,” Warren explained of the Genius Hour assignment, adding, “I’ve always enjoyed playing music for fun.”

He had seen people make xylophones from plastic pipes, “but never with a drum machine,” he said, “so I thought it would be a fun challenge.”

“I was studying the ways that the length and width of the pipe would affect the sound frequency, pitch, and tone,” he said. “Using my musical background from playing the piano for three years, I was able to learn and play different songs.”

Warren has a diverse taste in music and plays a wide variety of songs on his xylophone — from Bon Jovi’s “Livin’ on a Prayer” to “Baby Shark” to Billie Eilish’s “Bad Guy.”

A lot of math went into making music. Warren used a mathematical formula to determine the length of each pipe to create 16 different notes.

“I learned that the different lengths of the pipe change the sound,” Warren said.

He had to fine tune the notes — or pipe lengths — using a chromatic tuner app on a phone.

Typically, Powell Middle School sixth-graders don’t create projects for the Regional Science Fair, but when teacher Necole Hanks saw how much time and ingenuity Warren put into his Genius Hour project, she talked to him about entering.

“All of my sixth-grade students had the opportunity to participate, but Korbyn was the only one willing to put the time into the project,” Hanks said.

Warren placed first in the engineering mechanics/materials science category at the regional competition at Northwest College in January, advancing to the state competition in Laramie last month.

“As a sixth-grader, the state competition was a fun experience,” Warren said. A highlight was going to the planetarium, “which was pretty neat.”

Warren now has the opportunity to apply for the national science fair competition, the Broadcom MASTERS, slated for this fall in Washington, D.C.

He also wants to share his PVC pipe xylophone project with the community of Powell, as he plans to build one for Plaza Diane Community Center for the Arts so people can use it.