Two teams from Freedom Fitness participated at the Summer Crush Competition in Billings on June 26. A group of Powell … 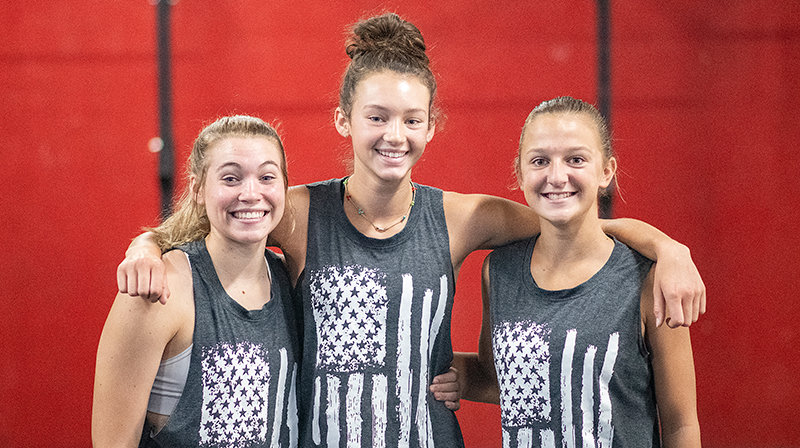 Two teams from Freedom Fitness participated at the Summer Crush Competition in Billings on June 26. A group of Powell High School students — incoming junior Maddie Campbell and freshmen Alexa Richardson and Saige Kidd — competed in the scaled division as the Country Strong Minis, while Jess Campbell, Tiffany Brando and Aunika Kleinfeldt competed in the Rx class.

Despite competing against much older competitors, the Country Strong Minis placed in the top half of scaled, placing 11th of 27 teams. Each of the athletes recorded personal records in at least one of their events.

In a chaotic, competitive environment, the girls held it together, according to Freedom Fitness owner Jess Campbell.

“They did really well,” she said. “The girls did awesome and did this against adult women. They did better, pound-for-pound, than pretty much anyone there.”

As for the adult Country Strong team, Jess Campbell, Brando and Kleinfeldt finished first out of three teams in the female Rx competition. But according to Jess Campbell, the girls’ performance in scaled was the highlight of the day.

“They’ve been training for years and it all paid off,” Campbell said. They were against adults who were big and ripped, and they competed well.”

JV boys off to strong start