Park County Search and Rescue personnel spotted the wreckage of the single-engine 1963 Mooney M20C aircraft around 9:15 a.m. Monday on the eastern slope of Howell Mountain. It was found in a steep ravine about four and a half miles south of U.S. … 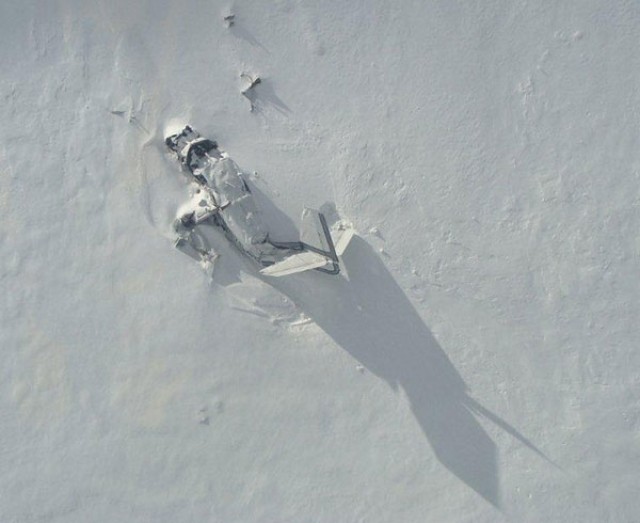 Searchers found the wreckage of a private plane on a North Fork mountain Monday morning and the two occupants are presumed to be dead.

The plane carrying pilot Robert L. Zimmerman, 84, of Huntsville, Ala., and his 86-year-old brother, Ward H. Zimmerman of Seattle, is believed to have crashed on May 6 as they attempted to fly from Cody to Twin Falls, Idaho.

Park County Search and Rescue personnel spotted the wreckage of the single-engine 1963 Mooney M20C aircraft around 9:15 a.m. Monday on the eastern slope of Howell Mountain. It was found in a steep ravine about four and a half miles south of U.S. Highway 14-16-20 West and the Buffalo Bill Boy Scout Camp.

After reviewing aerial photographs and talking with Search and Rescue personnel and the crew of a Black Hawk helicopter that surveyed the scene, Park County Sheriff Scott Steward "was forced to conclude that the brothers perished as a result of the crash," said Lance Mathess, a spokesman for the agency.

“Given the damage to the aircraft as well as the extremely harsh environmental conditions in the area, I think there’s no other conclusion we can make,” Steward said in a Tuesday morning statement.

The sheriff extended his condolences to the Zimmerman family.

The brothers were experienced pilots on a multi-week, cross-country trip that was to include a flight over Yellowstone National Park as they headed back to Seattle, a family member told The Seattle Times.

The plane suffered heavy front end damage and a wing was torn from the aircraft, Mathess said.

A helicopter from Sky Aviation brought two Search and Rescue members to the top of Howell Mountain after the discovery, but dangerous snow conditions prohibited them from descending to the plane, Mathess said.

A Black Hawk helicopter from Charlie Company 5-159 of the Wyoming National Guard flew over the scene on Monday afternoon. There had been hopes that the chopper could lower a crew member to the plane via winch to determine the condition of the occupants, but the risk of avalanche was found to be too high.

The U.S. Air Force Rescue Coordination Center used archived radar data to track the Zimmermans’ flight path and provide what turned out to be the general area of the crash site, Mathess said.

Park County Search and Rescue personnel were deployed to the Kitty Creek area on Sunday, but poor weather prohibited any aerial searches until Monday.

Howell Mountain tops out at 10,964 feet in elevation.

Sheriff Steward praised the dedicated efforts of the Search and Rescue volunteers, who spent more than 14 hours on the backcountry search despite difficult weather conditions.